He said Britain needs a Labour government ‘that will offer people hope of a better future’. 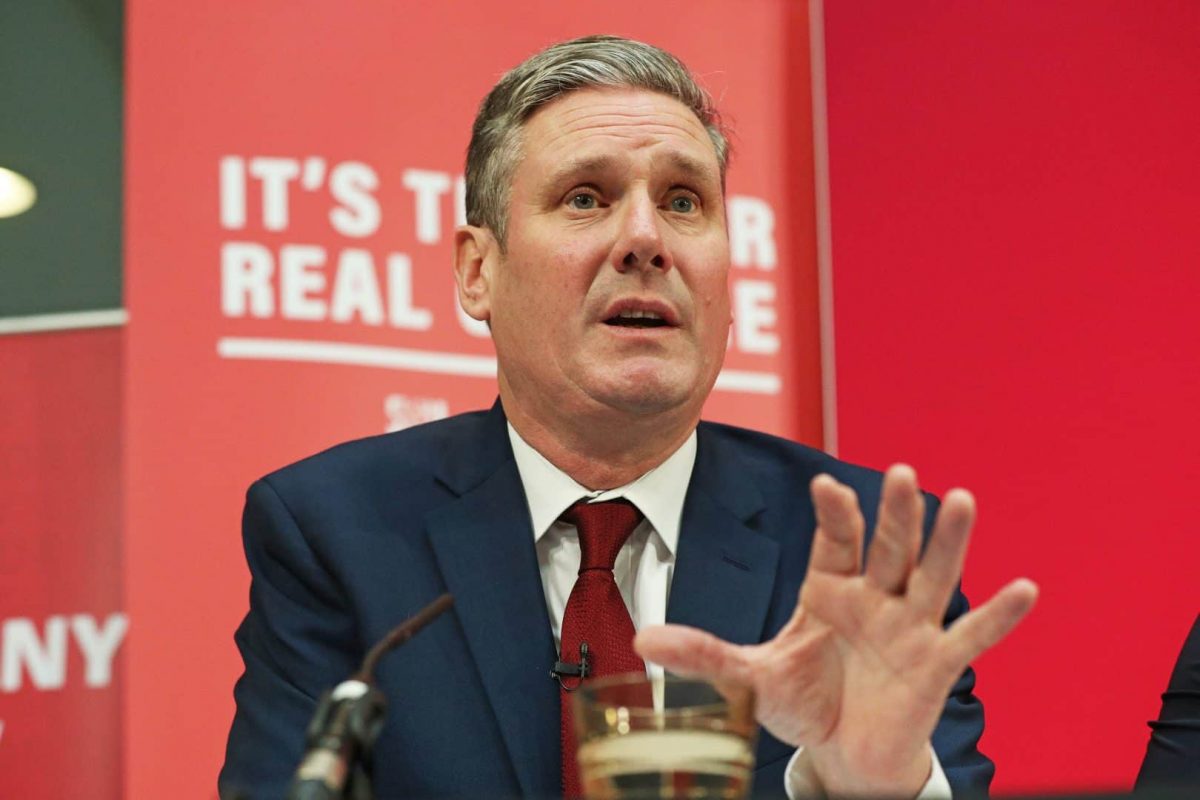 Sir Keir Starmer will launch his Labour leadership bid in Brexit-backing Stevenage as he calls on the party to listen to voters to win back trust.

The shadow Brexit secretary will visit the Hertfordshire town which voted 59 per cent for Leave on Sunday as he makes his pitch to succeed Jeremy Corbyn.

He became the fifth MP to enter the race to lead Labour, following its worst general election defeat since 1935.

In an article for the Sunday Mirror, Sir Keir said “we cannot bury our heads in the sand” as they work “to restore trust in our party”.

He also reiterated a call to “not lose sight of our values or retreat from the radicalism of the past few years” in words that may be welcomed by the Labour left.

“We must push for a Green New Deal to tackle the climate crisis, demand dignity at the heart of our social security system and make the case for a radically transformed economy that empowers trade unions and communities that have been left behind,” Sir Keir wrote.

The article did not mention Brexit, a subject on which Sir Keir has been criticised within the party, because of his prominent backing of another referendum.

A campaign film highlights his justice fights and features words of support from Stephen Lawrence’s mother Baroness Lawrence, who says he was “instrumental” in getting justice for her murdered son.

Sir Keir’s work with the National Union of Mineworkers and on the McLibel case against McDonald’s is also highlighted.

The human rights lawyer, who was made Queen’s Counsel in 2002, served as head of the CPS and accepted a knighthood in 2014, and has struggled to shake-off perceptions of privilege.

But he was named after Labour legend Keir Hardie and he has stressed his upbringing by his toolmaker father and nurse mother in London’s Southwark when dismissing allegations he is too middle-class to speak to the party’s historic heartlands.

His CV includes co-founding the renowned Doughty Street Chambers and advising the Policing Board to ensure the Police Service of Northern Ireland complied with human rights laws.

He entered Parliament as the MP for Holborn and St Pancras in 2015.

Critics have also raised concerns that Sir Keir is seen too much as a Londoner, but a recent survey made him the clear front-runner in the leadership race regardless.

He would beat the current leadership’s favoured candidate Rebecca Long-Bailey 61% to 39% in a run-off, according to a YouGov survey of 1,059 Labour members conducted at the end of December.

But the outsiders will yet be hoping to boost their profiles, with the race not expected to formally get under way until Tuesday and the new leader installed by the end of March.

Wigan MP Ms Nandy began her campaign in her constituency on Saturday with a call for change from Mr Corbyn’s approach.

“We need a different sort of leadership that helps to root us back in every community across the UK, turns us back into a real movement and real force, driven from the ground up so that we can win people’s trust back,” she said.

Birmingham Yardley MP Ms Phillips visited the Bury North constituency that fell from Labour to the Tories on December 12 to meet former supporters of the party.

Meanwhile, senior Labour MP David Lammy ruled himself out of the leadership contest, suggesting his anti-Brexit stance rendered him unsuitable to unite the party’s “vociferous factions”.