Author, writer and literary agent who effortlessly made people feel warm inside through his conversationalist prose. 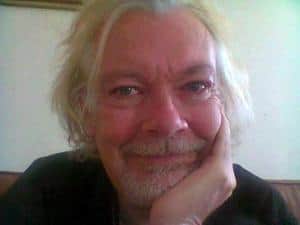 I never met Hubert O’Hearn, but as anyone who has ever read his warm, conversationalist  prose will attest, I always felt a strong personal connection to him.

Born in Canada he emigrated to the land of his ancestors Ireland and later to Northern Ireland at the end of 2012.

His journalistic style was characterised by long, probing introductions which would muse over a range of issues from the sublime to the ridiculous.

My favourite, although I would never tell him this, was a piece entitled ‘Dunking the Biscotti’ – which is not for the faint hearted.

Hubert hadn’t always ‘worked his hobby’, as he would say.

Before becoming a writer he had a “Proper Job”, specifically, a Financial Advisor to private clients, investing their money, creating plans that would meet their goals, etcetera and so forth.

“I quite loved the work”, he once wrote, “but there was a slight, slight sliver of a flaw to it.

Thus, he became involved in the thing he loved the most in life; writing, reading, and specifically writing about reading.

Hubert went on to author six books on everything from human rights to the care and psychology of Border Collies.

He also founded and directed a repertory theatre, wrote six hit plays, worked as a speechwriter and notable reviewer.

His life was “long and frequently lively”, he would later write, but despite the many adventures it entailed he always refused to document it in an autobiography.

“I know how all the stories end”, he once said.

Much of his personality could be felt through his works, which often struck warm and thoughtful notes.

The call for kinder journalism following Caroline Flack’s death wouldn’t have been wasted on him. As he once quipped:

“I am a kale eating, energy conserving, Trump loathing, Corbyn loving, Lily Allen listening, hug a tree, kiss a bee, spray paint on a bedsheet and wave it at the march activist – of course I read the Guardian”.

That humour was never far away in his writing, but neither was his kind heart. He had the ability to do what few writers seem capable or willing to do today; Effortlessly make people feel warm inside.

To borrow his sign-off one more time, be seeing you, Hubert. Rest in peace.