A Hindu and a Jewish woman have made history by tying the knot in what is believed to be Britain’s first interfaith lesbian wedding. Kalavati Mistry and Miriam Jefferson married on Saturday (12/8) 20 years after falling for each other on a training course. During the emotional Hindu ceremony, the brides both wore traditional red […] 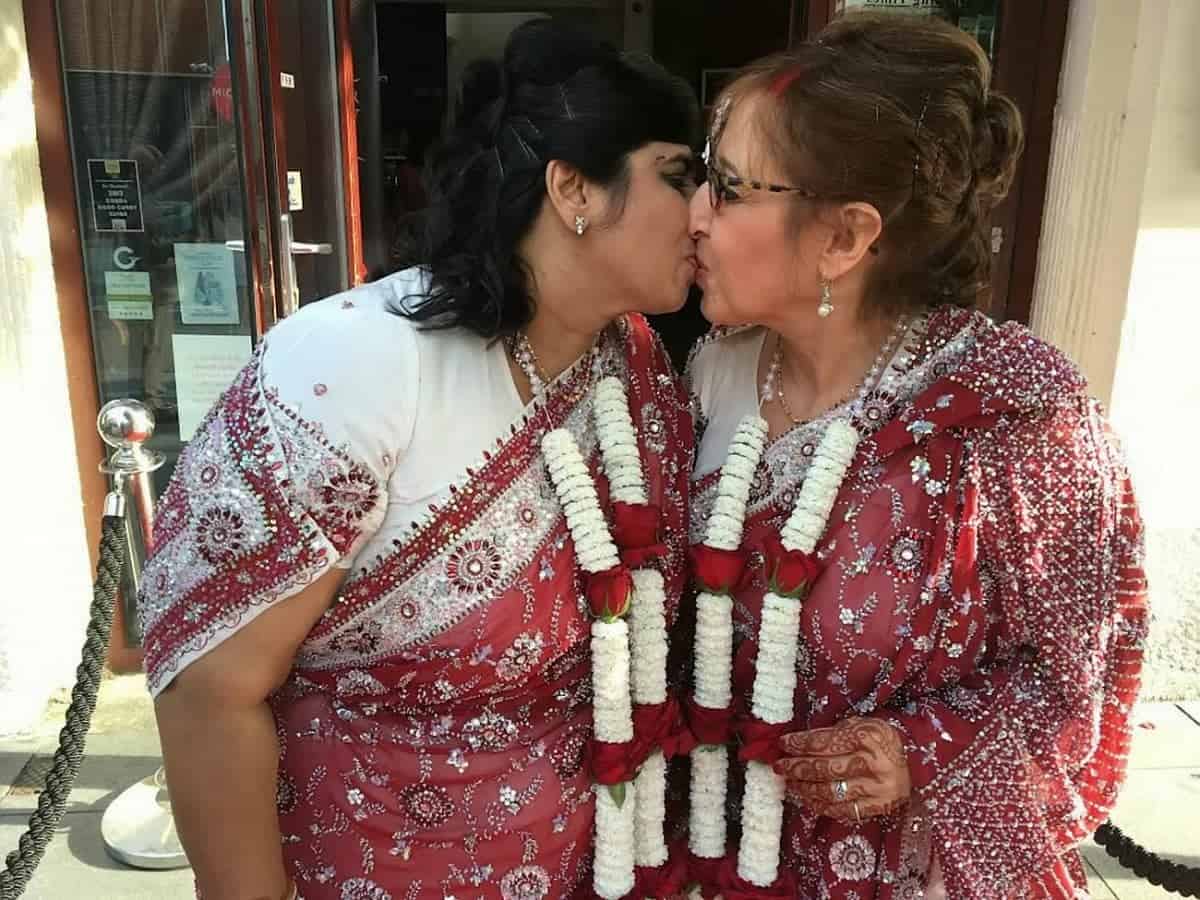 A Hindu and a Jewish woman have made history by tying the knot in what is believed to be Britain’s first interfaith lesbian wedding.

Kalavati Mistry and Miriam Jefferson married on Saturday (12/8) 20 years after falling for each other on a training course.

During the emotional Hindu ceremony, the brides both wore traditional red and white bridal colours, fresh garlands, and ‘mangala sutra’ necklaces to show they had wed.

Kalavati had kept her sexuality secret most of her life and only revealed she was gay to her strictly religious parents a few years ago.

And after getting her family’s blessing the couple then struggled to find a Hindu priest to conduct the ceremony. 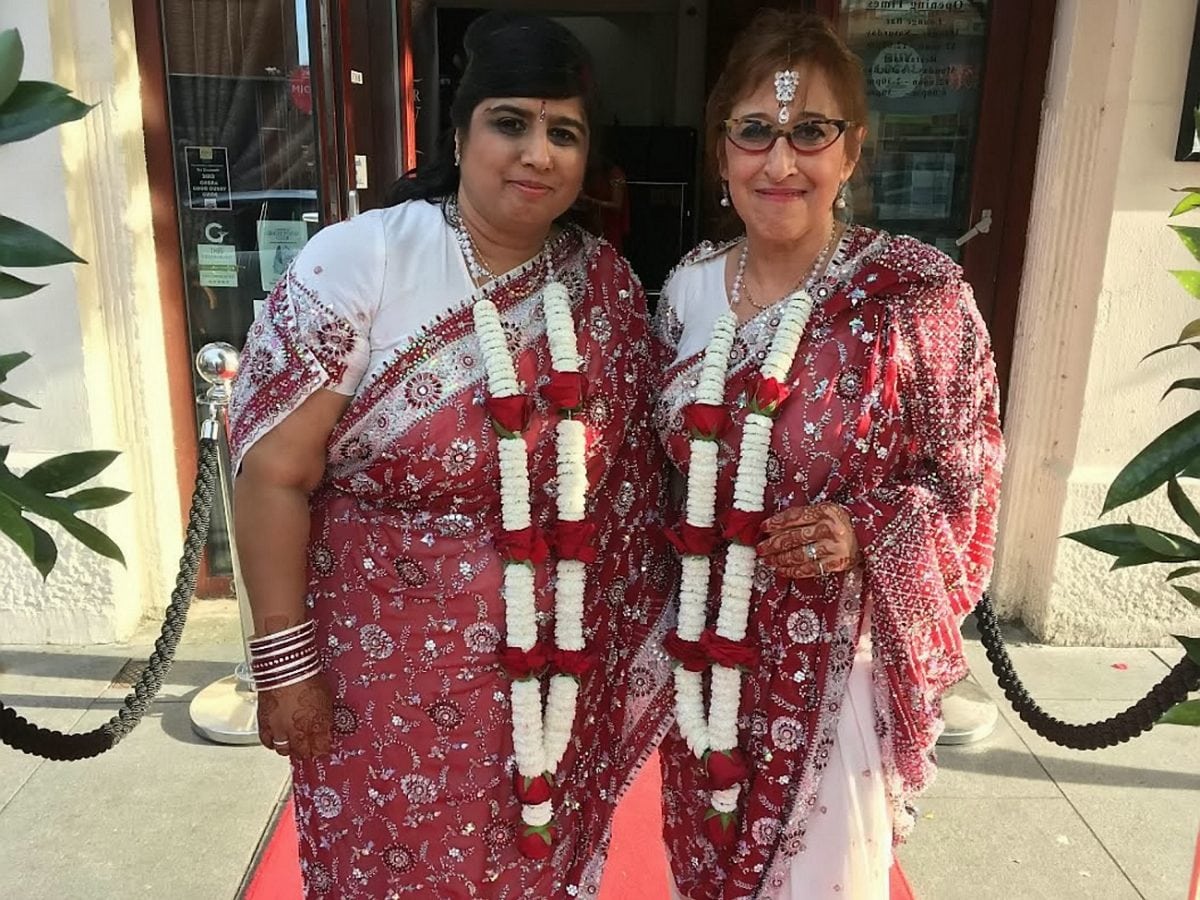 The pair of lovebirds were finally able to tie the knot at the Chutney Ivy restaurant in Leicester city centre at the weekend in front of proud friends and family.

The newly-weds, who both work for an interfaith organisation, have now flown off to Miriam’s hometown of Texas, USA, to spend the rest of their lives together.

Kalavati, 48, of Leicester, said: “I met Miriam when I was approximately 26 years old.

“I went to America on a training course and we were doing diversity work and training and that’s where I met Miriam Jefferson.

“Marriage is very important to me.

“I grew up in a very traditional household, and really value the traditions and the culture.

“To me, I wanted to spend my life with someone, in a union.

“Some of the rituals that you do in a wedding are very important.

“I wanted me and Miriam to join in that union.” 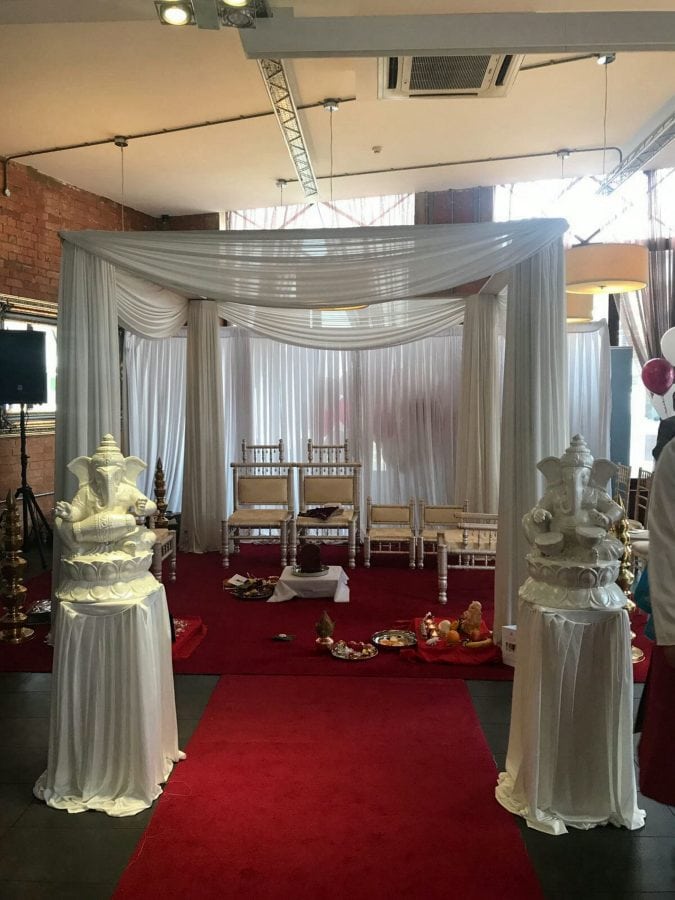 The lifelong Hindu also told of the nerves she felt before revealing to her family that she was in a relationship with another woman.

She added: “My family have embraced Miriam very well.

“It was initially very difficult for me as an Asian gay woman.

“I knew from a very young age that I was gay.

“I knew during my teenage years that I was and it was very difficult, trying to tell your friends and family and honour the traditions.

“Once I told my friends and family a few years ago, they were very warm, welcoming and embracing to Miriam, which is very important.

“Although attitudes are changing at the moment, it was very difficult to find a priest.

“Many priests were warm and welcoming and said they’d like to the wedding, but they said that their federation wouldn’t allow it.

“I’m very grateful that we’ve been able to do this. 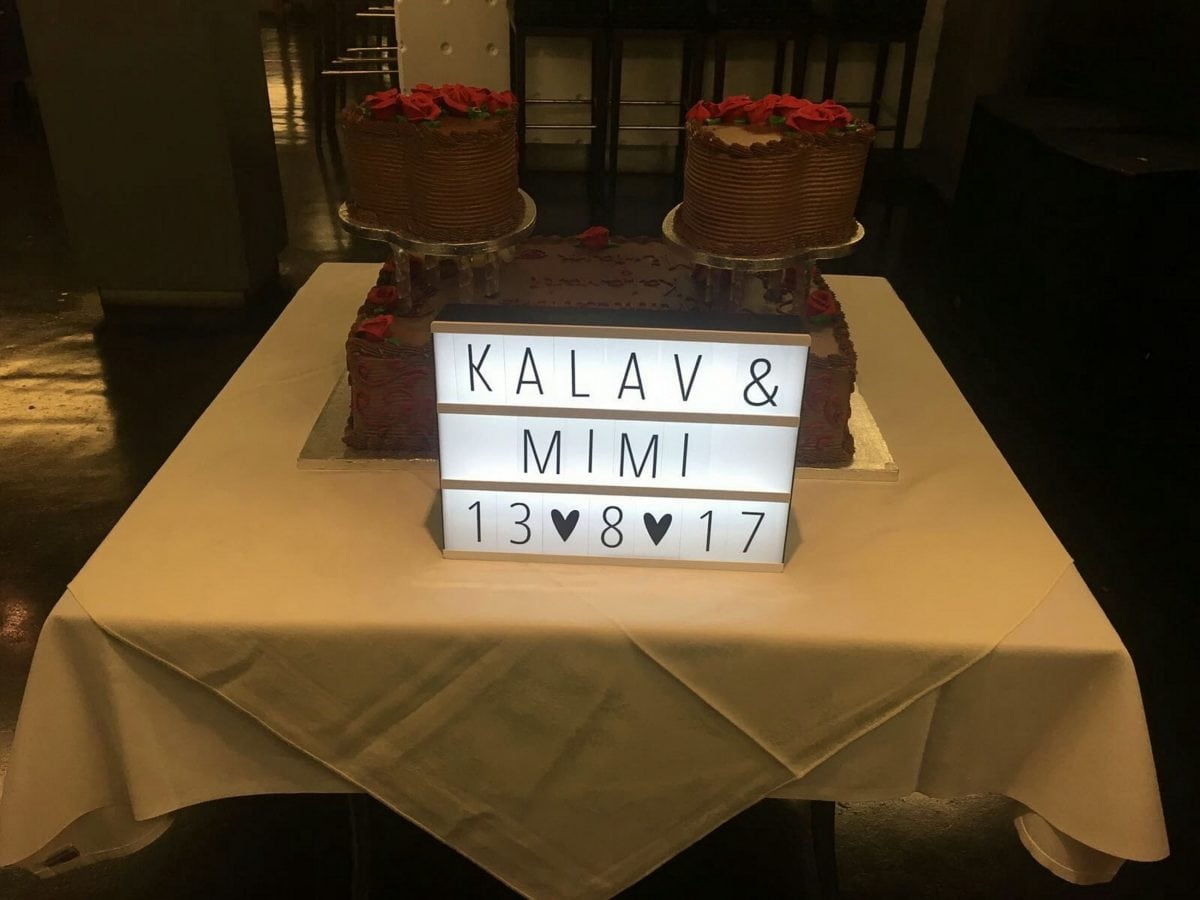 “I’d like to see our lives bond together – our traditions and our cultures.

“We get to embrace both, Hinduism as well as Judaism.

That’s how I see it. I hope this brings people together.

“I hope many many gay people – no matter what religion or culture they’re in – are in loving relationships.

“I do hope they take the plunge in getting married. It really is something that’s truly wonderful.

“We did have a Jewish wedding earlier in San Antonio in Texas, which was in February.

“It’s really nice to now have a Hindu wedding here, because it brings both of us together and completes both of us in my eyes.” 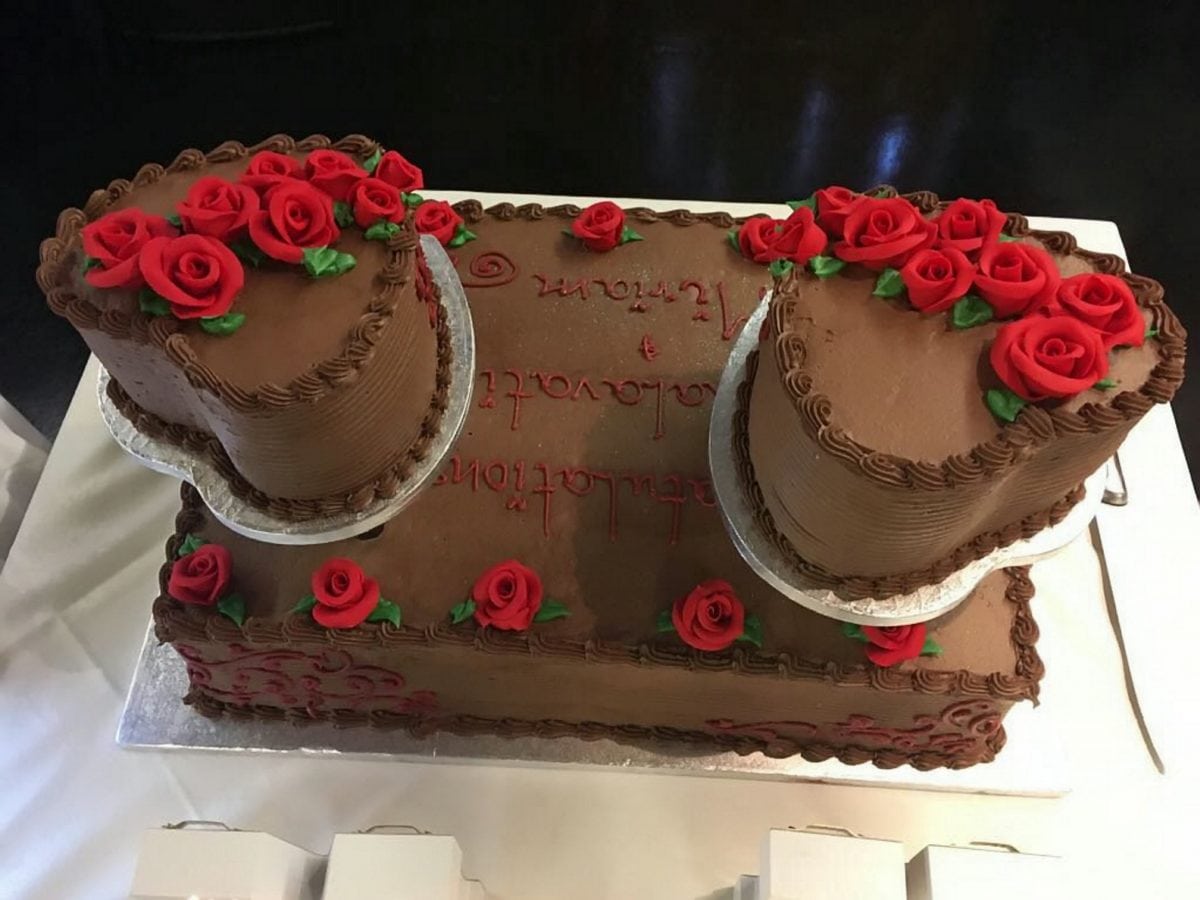 Speaking about the first time they met, Miriam said: “You’re working very hard on these courses and going to meetings, leading groups and making plans.

“I was glad to meet her but my focus was on doing the work.

“It was always very important to Kalavati to get married.

“My traditions are also very important to me.

“I was probably less invested in the institution of marriage, but I did want to have a life with Kalavati and that was one of the ways that I could do it.

“I feel like times are changing for the better.

“Some people have beliefs or fears that make it hard to embrace gay marriage.

“As people get more comfortable, as people find out that people they already know and love are gay, they want what’s best for them.

“Mostly, I think we’re going in the right direction.

“It’s hard to be against love.

“The wedding was wonderful.

“I got to spend the whole day with someone that I adore and love and want to spend my entire life with.

“I was surrounded by people I’ve known my entire life, and people who have recently embraced me as their own.