In September, a £2.4 million cancer centre in Belfast became the first in the UK to offer it to British women. 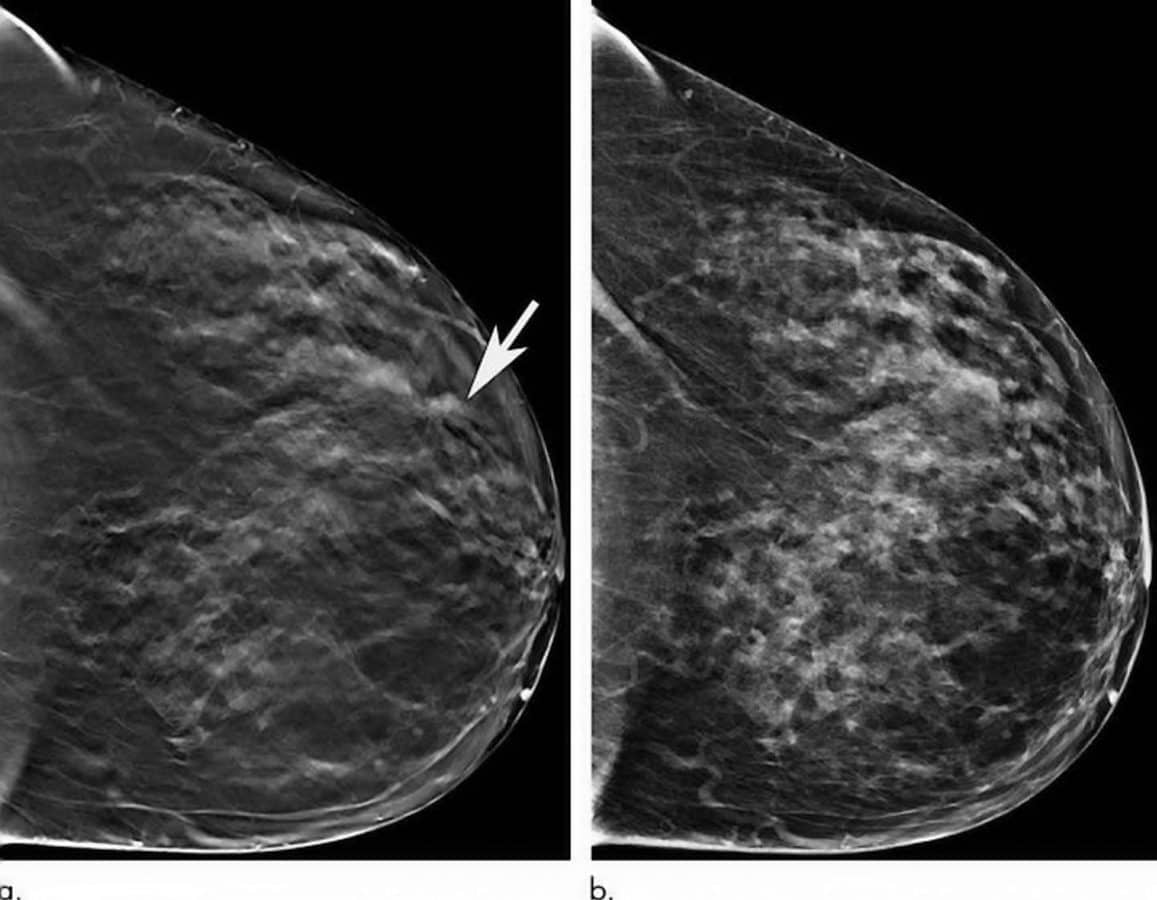 A high-tech system which produces 3D images of the breast helps doctors detect the early signs of cancer in older women, according to new research.

The technique called tomosynthesis (TOMO) also reduces the number of patients called back for a second scan because their first was unclear – which can be traumatising.

In September, a £2.4 million cancer centre in Belfast became the first in the UK to offer it to British women.

Now a study of over 35,000 US patients has found they benefitted significantly from the improved screening.

It takes lots of small images to create a 3D picture – enabling detection of more tumours earlier. For many women, this could be lifesaving.

The study compared mammograms from more than 15,000 patients who had standard 2D X rays with those of over 20,000 who underwent. Their average age was 72.

Both approaches were highly effective but TOMO performed best – including producing fewer false-positive results where a tumour is incorrectly indicated.

Those with a positive screening were also more likely to have the disease. It was also better at distinguishing cancer from benign findings.

“For example, the abnormal interpretation rate, which is the percentage of women who are called back for additional imaging after a screening mammogram, is lower with tomosynthesis than with conventional 2-D mammography.

“We also found that fewer cancers detected with tomosynthesis were lymph node-positive, suggesting that we are detecting cancers at an earlier stage. Detecting breast cancers at an early stage is the goal of screening mammography.”

The findings published in Radiology also do not support a specific mammogram cut off age.

Dr Bahl said guidelines for screening in older women should be based on individual preferences, life expectancy and health status rather than age alone.

She said: “Our research demonstrates screening mammography and tomosynthesis perform well in older women with regard to cancer detection and false-positives.

“So, if a woman is healthy and would want her cancer to be treated if it were detected, then she should continue screening.”

Dr Bahl expects the combination of DM and TOMO to eventually become the standard for screening at all practices.

Breast cancer is the most common form of the disease in women in the UK, with over 55,000 diagnosed each year.

Research has already shown 2D mammography is effective at reducing breast cancer-related mortality through early detection, when the cancer is most treatable.

In 2011, the U.S. Food and Drug Administration approved TOMO for breast cancer screening. Since then, it has become widely used in addition to the 2D version.

Even with these technological improvements, the benefits of breast cancer screening in older women have been subject to debate.

The United States Preventive Services Task Force recommends screening mammography only until the age of 74, while other professional groups do not recommend stopping screening based on age.

Since TOMO is still a relatively new technology, more research is needed to determine its impact on long-term patient outcomes, added Dr Bahl.