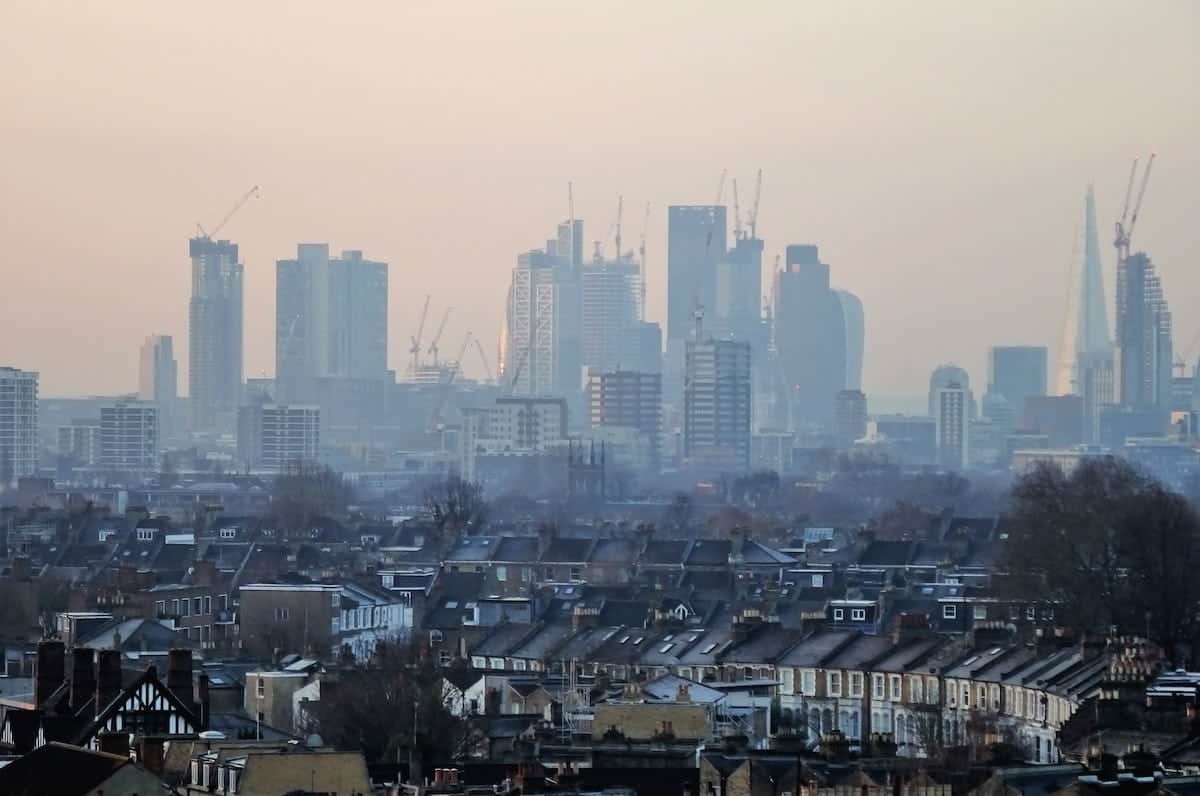 Low level pollution well within UK guidelines causes changes to the heart similar to those seen in the early stages of heart failure, a new study warned.

The shocking findings were based on British volunteers who did not live in large cities but near loud, busy roads.

Road transport accounts for 20 to 30 per cent of outdoor air pollution in the UK.

Being exposed to levels of soot and harmful fumes at levels well within UK legal limits damages the heart and the more a person was exposed, the larger their hearts became.

Scientists are now urging the UK had to adopt stricter limits to air pollution as it is now the largest environmental risk factor linked to deaths in England.

The study was based on around 4,000 participants in the UK Biobank study who did not have underlying heart problems, or had recently moved.

The volunteers had blood tests and health scans while a heart MRI measured the size, weight and function of their hearts at fixed times.

It found a clear association between those who lived near loud, busy roads and were exposed to nitrogen dioxide (NO2) or PM2.5 – small particles of air pollution – and the development of larger right and left ventricles in the heart.

The ventricles are important pumping chambers in the heart and, although these participants were healthy and had no symptoms, similar heart remodelling is seen in the early stages of heart failure.

And higher exposures to the pollutants were linked to more significant changes in the structure of the heart.

Yet WHO has said that there are no safe limits of PM2.5.

As the UK Government’s consultation on their draft Clean Air Strategy closes on 14 August, the British Heart Foundation (BHF) want to ensure the public’s heart and circulatory health is at the centre of discussions.

The Strategy commits to halving the number of people in the UK living in areas where PM2.5 levels exceed WHO guidelines (10 μg per cubic metre) by 2025.

Clinical Fellow Dr Nay Aung who led the data analysis from Queen Mary University of London said: “Although our study was observational and hasn’t yet shown a causal link, we saw significant changes in the heart, even at relatively low levels of air pollution exposure.

“Our future studies will include data from those living in inner cities like Central Manchester and London, using more in-depth measurements of heart function, and we would expect the findings to be even more pronounced and clinically important.

“Air pollution should be seen as a modifiable risk factor.

Professor Jeremy Pearson, Associate Medical Director at the British Heart Foundation, which part-funded the study said: “We can’t expect people to move home to avoid air pollution – Governments and public bodies must be acting right now to make all areas safe and protect the population from these harms.

“What is particularly worrying is that the levels of air pollution, particularly PM2.5, at which this study saw people with heart remodelling are not even deemed particularly high by the UK Government – this is why we are calling for the WHO guidelines to be adopted.

“They are less than half of UK legal limits and while we know there are no safe limits for some forms of air pollution, we believe this is a crucial step in protecting the nation’s heart health.

“Having these targets in law will also help to improve the lives of those currently living with heart and circulatory diseases, as we know they are particularly affected by air pollution.”

The new research could help explain exactly how and why air pollution affects the heart.

The study was published in the journal Circulation.