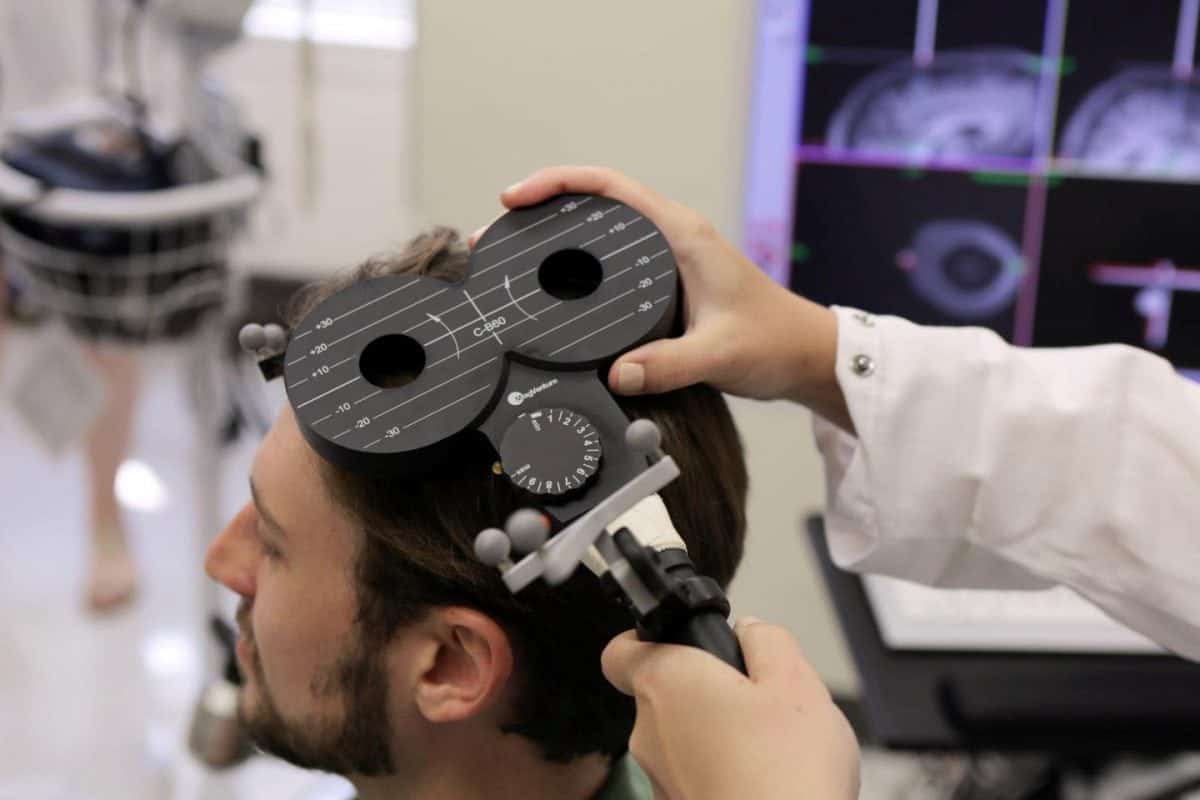 Alzheimer’s disease could be treated by zapping the brain with magnets to boost memory, according to new research.

Scientists have boosted people’s memory for the first time using the non-invasive technique – which involves a large coil being placed against the scalp.

The effect lasted for at least 24 hours after the stimulation was given – improving their ability to remember various connections between a number of photographs.

It could lead to revolutionary treatments for loss of mental function due to ageing, strokes, head injuries and even dementia.

The technique uses a magnetic field to stimulate the hippocampus – grey matter that that controls memory.

Professor Dr Joel Voss, of Northwestern University in Chicago, said: “Being able to manipulate the memory network in this very specific way certainly holds promise in the ability to intervene in disorders of memory, which occur for a variety of reasons.

“The fact we can use non-invasive stimulation to increase excitability in this targeted brain network means we’re making the network do more of what it naturally does to succeed at memory formation.”

Surgery or drugs have been ineffective at treating neurological disorders that effect memory – such as Alzheimer’s.

It is used to test brain circuits in patients with stroke, multiple sclerosis, motor neurone disease and other conditions – and has been shown to alleviate some forms of depression.

Prof Voss and colleagues found thier performance improved after they received the stimulation.

It follows a similar study by the same team that also produced encouraging results. But this time they managed to successfully identify exactly how the brain changed.

Senior author Prof Voss said its level of excitability in an individual increased dramatically – and this improved memory.

He explained: “If you think about the brain’s memory network as generating one unit of activity every time it tries to memorise a picture, brain stimulation made it so that now the same type of picture would generate two units of activity.

“This increase in activity means stimulation enhanced excitability – and that’s important because excitability is a marker for good memory formation.”

The 16 volunteers aged 18 to 35 received TMS – via the magnetic coil – several consecutive days before playing the game to assess any improvement in their ‘associative contextual memory’.

Each session lasted about 20 minutes. It feels like a mild tapping at 20 beats per second, said Prof Voss.

They were also compared to another group matched by gender and age who did not get the experimental therapy and acted as a control.

Prof Voss’ lab members tested the memory of the participants by asking them to look at several images and try to associate them or remember their location.

“And what stimulation did was improve their performance to be able to play that game and improve the activity of their memory network while playing the game.”

Prof Voss said the “robust” effects of the stimulation were consistent across almost all study subjects.

Associative contextual memory is thought to be created in a specific network of neurons at the back of the hippocampus.

It’s an arbitrary collection of little pieces – a shirt, a face, a room, for example – the brain binds together to create a coherent link that can be recalled later.