A newlywed bride is lucky to be alive after she was bitten by a venomous spider on her HONEYMOON. Victoria Ross, 32, was just two weeks into her marriage with company manager Brian, 33, when she was nipped on the right leg by a tiny 1 cm-long violin spider on July 4 during her honeymoon […] 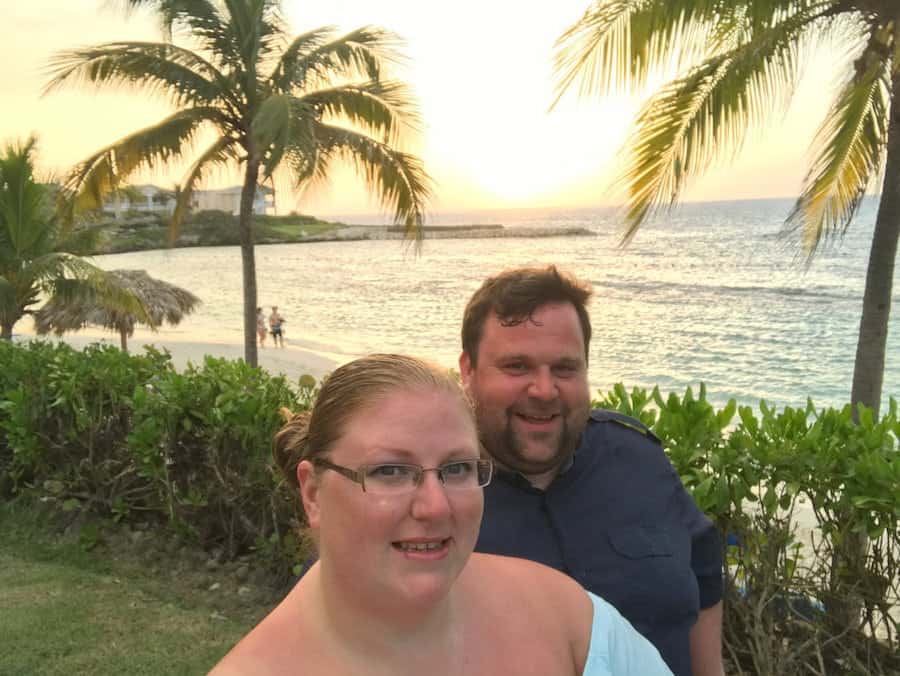 A newlywed bride is lucky to be alive after she was bitten by a venomous spider on her HONEYMOON.

Victoria Ross, 32, was just two weeks into her marriage with company manager Brian, 33, when she was nipped on the right leg by a tiny 1 cm-long violin spider on July 4 during her honeymoon to Jamaica.

The account executive from Bingley, West Yorks, was left with an inflamed red raw leg covered in pus-filled boils so horrifying doctors were convinced they would need to amputate. 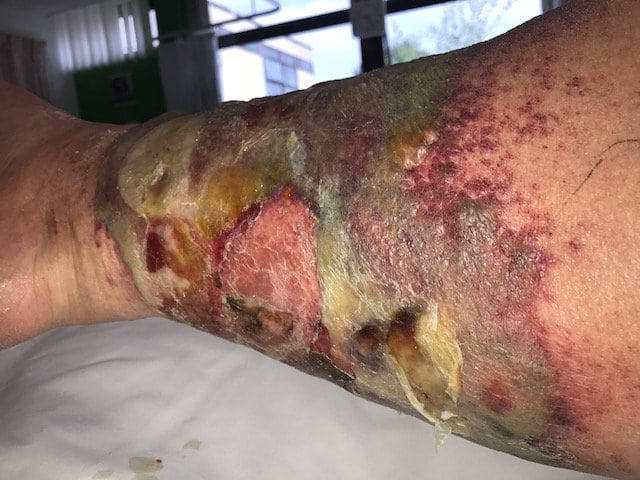 She endured 13 tortuous days in hospital where she was warned that she might lose her leg thanks to the tiny venomous spider.

Thankfully Victoria, who could have died from the ordeal, is now in recovery but still faces further surgery on the grim injury.

She said: “I am genuinely lucky to be alive after that horrific bite on my honeymoon to Jamaica.

“I had no idea that a tiny spider could cause so much damage.”

Victoria and husband Brian got married at All Saints church, in Bingley, on June 17 in front of 125 of their closest friends and family. 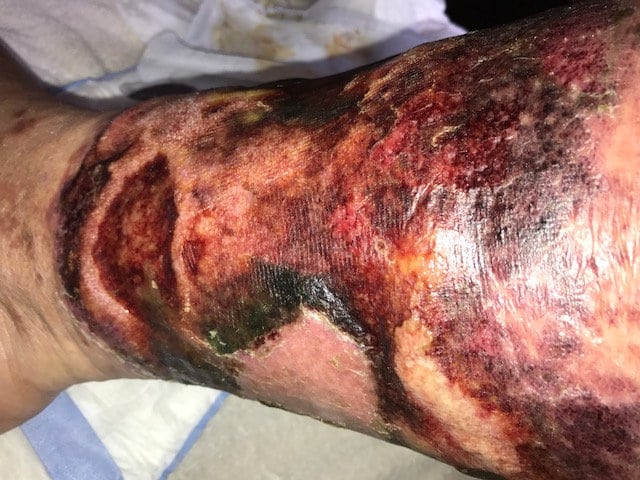 Two days later the pair flew out to Lucea in Jamaica for their two week stay at the luxury £250 a night Grand Palladium Lady Hamilton Resort & Spa.

Victoria tells how the holiday was ‘absolutely amazing’ and they went out on day trips and relaxed by the poolside or beach.

On the last day, while lying in bed, Victoria was bitten by a brown recluse spider, also known as a violin spider.

Recalling the incident, she said: “I woke up on the last day of our amazing honeymoon and noticed that I had a small bite on my leg. 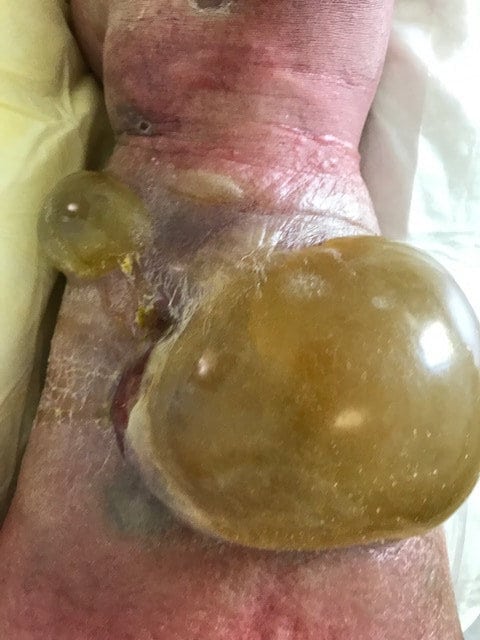 “I thought nothing of it until I was on the plane back to the UK and was in searing agony.

Victoria went straight to the doctor and was put on a four-week dose of antibiotics.

She said: “The wound had scabbed over, and so I didn’t go back to the doctor because I thought it was healing.”

But a week later, Victoria was at work when she came down with cold shivers, a headache and vomiting.

She was rushed to Airedale hospital A&E, in Keighley, and was told she was suffering from sepsis.

Victoria was immediately admitted to the ward where she was treated with IV antibiotics and remained there for 13 days.

Doctors feared that they would have no choice but to amputate the ghastly leg.

She said: “I couldn’t believe my honeymoon could have left me without a limb – or even killed me!

“My leg was vile, I could see that little blisters were forming on the surface of the skin and filling with fluid.

“One filled right up and then burst, it was absolutely disgusting. But ten hours later it filled with more puss. It looked like a Zombie’s leg from the Walking Dead

“Doctors came around twice and said that they would need to amputate if I didn’t improve soon.

“Thankfully they didn’t have to and I still have my leg and my life!”

Victoria tells how husband Brian was beside himself, fearing that his new bride may die. 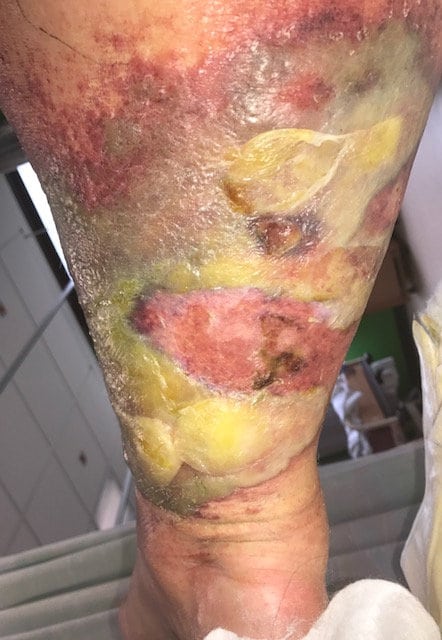 She said: “I don’t know if it was more traumatic for me or Brian, but we certainly felt that our vows were being tested earlier than we expected.”

When she was discharged from hospital, Victoria was left wheelchair bound. It took a few more weeks before she could walk on crutches.

Since she was discharged from hospital, Victoria has been left unable to work while her leg heels, which is currently still red raw and bruised and may need surgery depending on how the tissue around the wound repairs.

Now, Victoria says that if she ever travels again she’ll be Googling the native spiders before she goes away.

She added: “Next time I travel I’m not going anywhere there are poisonous spiders!”