by Keith Ayago
in Lifestyle 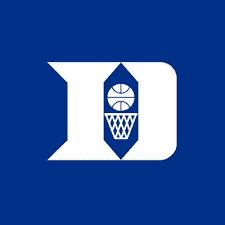 Justin Caldbeck has had an anomaly of a life.

In exploring how this transition came to be, we decided to compile a few takeaways to learn from. Here’s what we compiled:

For how rare it is to make it to the NBA, most college basketball players’ careers change at graduation. This is not only the norm for athletes, but most of us as well. As noted by The Balance, people change their job on average up to 11 times in their lifetime. And for Justin Caldbeck, his leap practically took on astronomically different fields.

While the world of investment and entrepreneurship have certain parallels to basketball, the primary takeaway was being able to analyze things in real-time to make split second decisions. It’s finding what makes things similar that allows us to translate our skills into different disciplines. And for Justin Caldbeck, taking the approach of leadership from on to off the court after was seamless.

Always Be Engaged With Your Team

Justin Caldbeck is big on staying engaged with his team. Not only was this important at Duke University, but Binary Capital as well. High-engagement not only means people are more enthusiastic at work, but also more productive as well. On average, 86 percent of employers cite that poor communication and a lack of collaboration are primary workplace failures. Combatting trends like that not only leads to better results, but also makes people want to stay on your team through the long-haul.

In both business and sports, recognizing mistakes are only worth the effort put into correcting them. Often, we think that hiding from what we’ve done is what’s going to make us look the strongest. However, not only is this cowardice, but also robs yourself of making any real improvement in our lives. Instead, it’s important to face your mistakes head-on.

When looking at your mistakes, it’s important to recognize what was done wrong, but what’s considered to be a genuine effort in reconciling the issue. A big pain point in why we neglect our problems in the first place is that we know nothing will be solved overnight. Although remaining patient isn’t always easy, it’s well-worth the effort in the long run, providing yourself with the chance to truly grow into your best.

Whether it’s at Duke University or in the boardroom, it’s imperative to always consider yourself a student of your craft. This goes for a number of different aspects of your game, which includes everything from the technicals to the more altruistic lessons of our discipline. The world around us is continually evolving and growing, which is why keeping up with everything going on is vital to not only catch up…but get ahead.

Great Leadership Is About Analyzing Potential

The best leaders are those who not only see where you’re at, but have the potential to grow. Just look at any draft for the NBA or NFL, where athletes are often highly-touted, only to come up short. Truthfully, analyzing talent is what separates the Bill Belichicks’ and Mike Krzyzewskis’ of the world, and what Justin Caldbeck aimed to do at Binary Capital. The biggest draw? The intangibles.

At a certain level in your career, everyone’s going to virtually be on the same playing field. Often, those who got by on talent alone find themselves having to catch up to those who had the gusto to work hard and constantly be learning. Those are the individuals that make up championship level teams, which starts with knowing and testing what’s inside a person, including what drives them to grow further.

No One Can Take Away What You Learn

Finally, one of the biggest takeaways from Jusin Caldbeck is how you can never take away what someone’s learned. Whether it be lessons from basketball or lessons from investment, everything you do sticks with you in some way or another. Yes, the lessons we take with us are the building blocks of success, constantly pushing us towards the next level. Without them, we’d be stagnant…however, that’s why Justin Caldbeck stresses not only to always be a student, but constantly be on the lookout to rewrite the textbooks on what can be learned next.