Last year London was overcome with Hygge, the Danish art of getting snug and indulging in all the good things and people around us. Sales of Nordic-style knitwear soared and cosy bakeries specialising in pastries and cinnamon rolls proliferated across the capital. But now there’s a new lifestyle trend infiltrating the London mainstream, and this […] 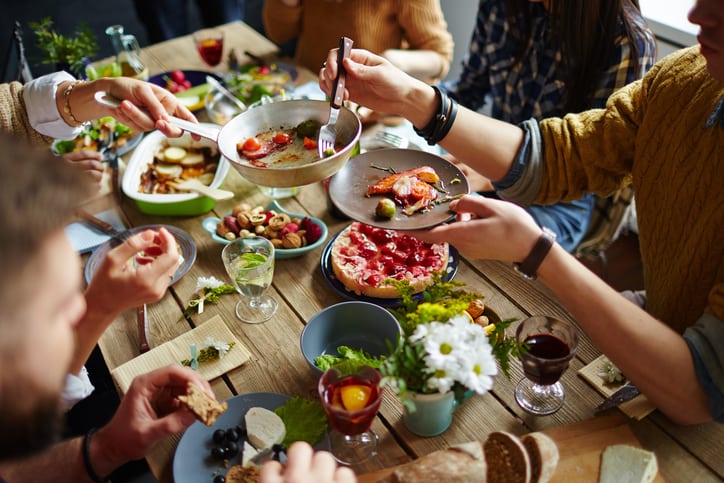 Last year London was overcome with Hygge, the Danish art of getting snug and indulging in all the good things and people around us. Sales of Nordic-style knitwear soared and cosy bakeries specialising in pastries and cinnamon rolls proliferated across the capital. But now there’s a new lifestyle trend infiltrating the London mainstream, and this time it comes from a little further afield.

Wabi-sabi is a Japanese concept centered on the affirmation of transience and the appreciation of a naturally imperfect world. Many authors believe wabi-sabi cannot be translated and that it has to be felt to be fully understood. Nonetheless, its influence is being felt throughout design, cuisine and even fashion.

Loosely translated, Wabi means “less is more”, while sabi means “attentive melancholy”. It can be incorporated into almost every aspect of your life, and encourages the acceptance of little mistakes and rough edges in everyday life. It’s about accepting things as they are, knowing imperfections will occur over time. It’s about accepting transience, and appreciating the inevitable cycle of growth and decay.

In Zen philosophy, there are seven aesthetic principles in achieving wabi-sabi:

Wabi-sabi principles can be incorporated into interior design

Just like the shabby chic and Scandi aesthetics that came before it, wabi-sabi is fast becoming a major interior design trend. Wabi-sabi design inspires minimalism that focuses on those living in the space, rather than the items within it. Possessions are whittled down to the essentials, based on utility, beauty and nostalgia, and are often comprised of earthenware and natural materials. It promotes modesty and satisfaction once the unnecessary is removed.

Artisanal items are popular as no two handmade pieces are identical, all have slight imperfections. For example, Etsy, which specialises in vintage and handmade items, has seen its popularity soar with a record 28.6 million shoppers last year, an annual increase of more than 4 million.

There are even dedicated Japanese homeware stores emerging in London. Take Sansho, which specialises in sourcing the finest handmade products from traditional craftsman in Japan. The brand prides itself upon finding “the off-kilter and irregular, the not quite perfect” items. However, in a blog post on the concept, Sansho are very careful to leave wabi-sabi up to interpretation, explaining that aesthetic concepts are easily exploited and co-opted beyond recognition.

Wabi-sabi ideals are being used to reduce food waste

UK households throw away a staggering £13 billion worth of food each year. Of the food thrown away, 4.4 million tonnes is perfectly edible. A large portion of this is wasted because of appearance. A few bumps, bruises or odd shapes is enough for many to throw food straight in the trash.

Not only is this a massive waste of money and resources, the UK’s avoidable food waste generates 19 million tonnes of greenhouse gases over its lifetime. Reducing this would be the equivalent of taking one in four cars off UK roads.

But many supermarket and natural food chains are embracing the imperfect, incorporating a wabi-sabi way of thinking to help combat the issue. Asda, Morrisons and Tesco have all started selling “wonky veg” at a cheaper price, while startups like Oddbox deliver boxes of “imperfect” fruit and vegetables to subscribers. This new approach to food incorporates key elements of wabi-sabi – an acceptance of imperfection and an appreciation of the life cycle of natural foods.

Deepak Ravindran, founder of Oddbox, explained that it was particularly tasty yet misshapen tomatoes in Portugal that inspired his venture. He said: “We came across an ugly tomato that was very tasty, and started wondering why fruit and vegetables in the UK looked appealing but never tasted that good.”

Fashion has adopted a wabi-sabi approach

Fashion is fickle and trends come and go. But rather than repeatedly refreshing outfit options with the latest styles, many Londoners are adopting minimalist wardrobes with a strong set of essentials. Again, this approach borrows aspects of wabi-sabi, understanding that fashion is transient and appreciating simple and understated clothing that stands the test of time.

It’s not just London that’s embracing wabi-sabi principles in fashion – last year designers in Belgium created avant-garde collections inspired by the cultural principles of Japan. The rising trend challenged the streamlined and symmetrical conventions of Western fashion, and was branded an anti-aesthetic by commentators.

Vogue wrote: “The shock the garments cause comes from our inability to look in the mirror and recognise that imperfection is inherent to the human condition.” The trend then went mainstream, and Japanese fashion designer, Rei Kawakubo, teamed up with Comme des Garcons for this year’s Met Gala, where attendees were encouraged to celebrate the designer’s style.