By Jasmine Stephens, Family Editor Like most mums I generally approach a family holiday with a mixture of excitement, endless checklists and yes, perhaps, sometimes a bit of apprehension as well. I was more than embarrassed, therefore, to be worried about traffic jams and forgetting the sun cream when I heard about the turmoil of […] 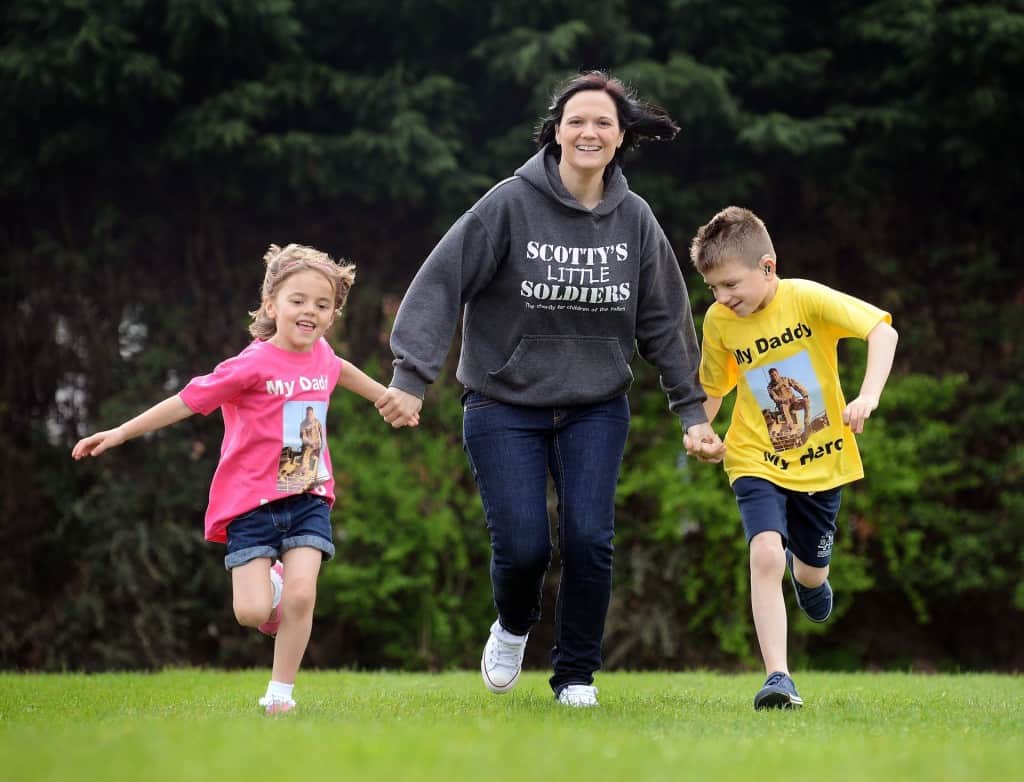 Like most mums I generally approach a family holiday with a mixture of excitement, endless checklists and yes, perhaps, sometimes a bit of apprehension as well. I was more than embarrassed, therefore, to be worried about traffic jams and forgetting the sun cream when I heard about the turmoil of sadness, fears and hopes that recently-widowed Nikki Scott faced when she decided to take her children on a holiday alone for the first time since they lost their father.

Nikki’s husband, Corporal Lee Scott, was killed in 2009, just six weeks into a tour of Afghanistan, when his vehicle hit an IED in Helmand Province and when she realised that it was time to arrange the first trip away with her children without their dad, she admits that it was with dread, rather than happiness that she planned the break. ‘I couldn’t even begin to imagine how a holiday could be fun without Lee’, said Nikki. ‘I was panicking about having to look after my kids in an unknown environment and I was lucky to have my family around me’.

What Nikki didn’t realise at the time was that the holiday wasn’t just a chance for a fresh start for her family, it was to be the beginning of a project that has brightened the lives of hundreds of bereaved children. ‘When I heard my son laugh for the first time in the 9 months since his daddy had died, I couldn’t believe how much I had missed that sound. I realised there must be so many other children out there who had lost a parent and not had the chance to smile again. That’s when I had the idea of launching Scotty’s Little Soldiers’.

Initially the main objective of Scotty’s was to open three holiday lodges to support the children of those who had lost their lives while serving in the British Armed forces, but these were such a success that the charity now owns properties in Great Yarmouth, Devon, Blackpool, Northumberland and Sussex. Nikki’s first holiday without Lee made her realise how important it is for families to take a break away from the devastating bereavement process and get an opportunity to make some new memories for the children to treasure in years to come.

‘It’s hard not to feel guilty and scared about taking that first holiday alone, but as the founder of Scotty’s Little Soldiers, I witness first-hand the amazing effects that holidays can have on families suffering hardships.’

Nikki’s passion and commitment has enabled families from all over the country to take the first step in healing from an unimaginable personal tragedy and learn to smile again.

If you would like to support Scotty’s Little Soldiers, please get in touch via their website at www.scottyslittlesoldiers.co.uk, by calling on 01553 763 000 or following their Twitter page @CorporalScotty