By Jasmine Stephens, Family Editor Has childhood changed such a lot since I was young 20 years ago? Alright, make that 30 years ago. The happiest of my early memories revolve around digging holes in the lawn, racing snails and finding frogs under the broken old door half-buried in our ‘wildlife area’. It was only […]

by Joe Mellor
in Family 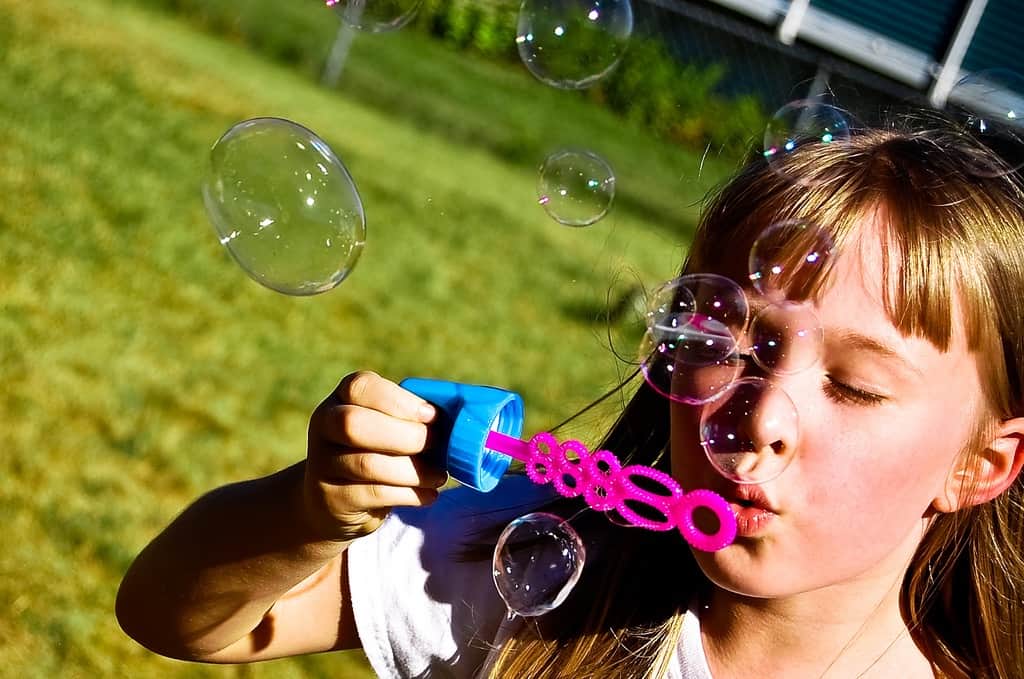 Has childhood changed such a lot since I was young 20 years ago? Alright, make that 30 years ago. The happiest of my early memories revolve around digging holes in the lawn, racing snails and finding frogs under the broken old door half-buried in our ‘wildlife area’. It was only recently that my dad admitted he made up that idea to avoid having to cut the grass down that end of the garden.

Every autumn, my siblings and I would ride our bikes down to the patch of wasteland next to the garages at the bottom of our road and scratch our arms to shreds filling old ice-cream tubs with half-ripe blackberries. After we’d washed them in the sink and picked out all the maggots which floated to the top, my Nan would turn them into crumble. Ah, happy days. I still can’t eat blackberry crumble now.

Now, I was the eldest of 4 children, so it’s quite possible that my parents were keener than most on kicking us out into the garden in all weathers just to get five minutes peace and quiet, but I was genuinely saddened to read research commissioned by the ECO Attractions Group that found that a whole range of traditional outdoor activities are at risk of being forgotten in favour of computer games, smartphones and a plethora of television channels.

The research indicated that the average child spends only 5 hours playing outside every week, which is less than half the 11 hours that their parents’ generation did. And their parents aren’t happy about it; more than three quarters would like their children to play outside more often, but they cite barriers such as concern for their safety, children’s reluctance and worryingly, a lack of local green spaces.

1. Splashing in puddles and getting wet

5. Having a snowball fight

6. Playing in a local park or playing field

8. Having a picnic somewhere other than your own garden

With Easter weekend approaching, it’s a great opportunity to get outside with your children and tackle some of those activities now on the ‘to do’ list. Given the unpredictable weather at this time of year, you might even manage that snowman after all.