By Nathan Lee, TLE Correspondent  A British baby boy has become the first child in Europe to be born free from a list of devastating genetic disorders thanks to groundbreaking IVF treatment. Five-month-old Lucas Neagu had a high chance of inheriting a muscle weakening disease which runs in his family. But his parents underwent pioneering embryo screening treatment meaning […] 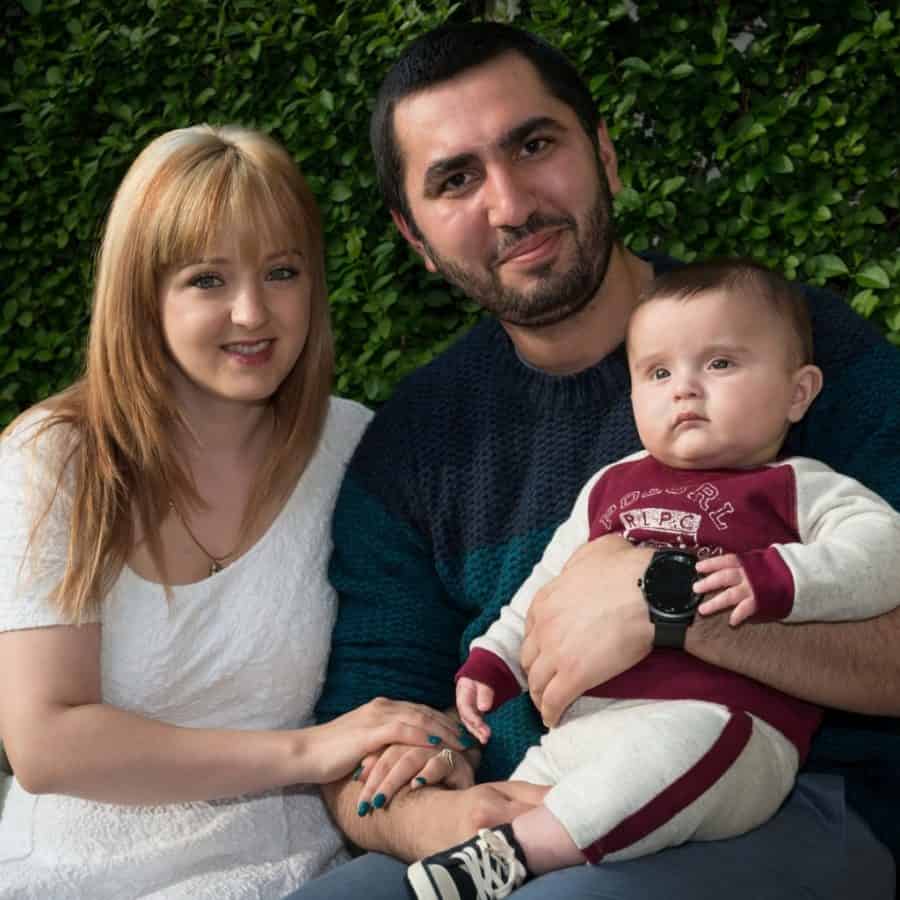 A British baby boy has become the first child in Europe to be born free from a list of devastating genetic disorders thanks to groundbreaking IVF treatment.

Five-month-old Lucas Neagu had a high chance of inheriting a muscle weakening disease which runs in his family. But his parents underwent pioneering embryo screening treatment meaning he will never suffer from the condition and 200 other genetic disorders.

Mum Carmen Neagu, 27, saw her father suffer with Charcot-Marie-Tooth(CMT) disease and was worried Lucas would inherit it after being told he had a 50 per cent chance of developing it if she conceived naturally. But Carmen and husband Gabriel, 31, were selected to be the first couple to receive the new treatment at a London clinic.

The specialist procedure selected out around 200 genetic conditions from the embryos including Down’s Syndrome. After undergoing the treatment Lucas was born perfectly healthy at Southend General Hospital last December.

Carmen, a recruitment consultant, from Westcliffe, Essex, said: “Lucas is a very happy baby. I will tell him he definitely wasn’t an accident, we wanted him and we did everything to make him just as perfect as he is.

“I didn’t want to have a child with CMT. I would rather have adopted or not had a child than them have this condition. I knew I did not want to have a baby and make them go through what my dad used to. I felt if there was an option then I would take it.”

Carmen’s father Doru, who worked in IT, died seven years ago aged in his mid 50s. CMT is a group of inherited conditions that damage the peripheral nerves. The progressive conditions cause muscle wasting and numbness in the feet, ankles, legs and hands.

Carmen said: “My dad was very smart but in the last seven years of his life he was rejected from jobs because the condition affected his hands and he couldn’t walk unaided. ,People would only see him for what he was on the outside.

“I think my dad would be so proud. My mum said to me my dad would have been very happy. All he ever wanted was to be normal.” Around one in 2,500 people in the UK have CMT and there is currently no cure. The treatment Karyomapping was pioneered by fertility doctors at the Centre for Reproductive and Genetic Health in London. It is thought a genetics laboratory in America also had success with Karyomapping in January this year, but the date of birth and identity of the child have not been released.

Previous forms of pre-implantation genetic diagnosis (PGD) have been time-consuming and costly. But Karyomapping takes less than a fortnight of laboratory work and is able to detect more than 200 disorders. Carmen and Gabriel’s treatment began in London in December 2013 and Lucas was born just a year later on December 19, 2014, weighing 7lbs 6oz. Experts took DNA swabs from the couple and compared gene sequences at 300,000 different points of the chromosomes. They were able to work out which section of the genetic code was defective and therefore responsible for the condition.

The embryos were then tested to check which one were free of the genetic conditions. Using only the clear embryos the couple had a normal IVF cycle at Southend Hospital, paid for by the NHS, and Carmen got pregnant on their first attempt.

The couple, originally from Romania, froze two other embryos during the first round of IVF and hope to have more children in the future. ,University graduates Carmen and Gabriel, work works in IT, have lived and worked in the UK for five years. Karen Butcher, chief operating officer at charity, CMT UK, said: “The clinic are offering this new technique of PGD, known as karyomapping for a range of genetic disorders and it’s coincidental that the first baby to be successfully born from this process happens to have CMT.

“The process is significant because it dramatically reduces the time it takes to determine which embryos carry the gene, and which don’t.

“As a charity, we believe in parents having informed choices – whether that is to risk having a child with CMT regardless of the likelihood OF passing the genes on, as many of us have done, or to not have children at all, or now, to undergo PGD to prevent the child being affected.

And she added she did not think this process would lead to ‘designer babies’.

She said: “The Human Fertilisation and Embryology Authority carefully control PGD across all the conditions it’s available for. And in any case, this particular form, karyomapping, maps abnormalities in the chromosome patterns of the parents, rather than looking for individual genes.

“To create a designer baby, say with blond hair, blue eyes and no predisposition to any disease, would require gene mapping beyond what is currently possible. Families who choose to undergo PGD have to have careful genetic assessment, and also have counselling to ensure that they understand the ramifications of the process.