New analysis indicates that last year, the UK generated the least electricity in a quarter century—while renewable power generation hit fresh highs. Meanwhile, Alstom released designs for a zero-emissions hydrogen train which could be used on British railways as soon as 2022. These are encouraging developments—but they are by no means sufficient. Research has demonstrated […] 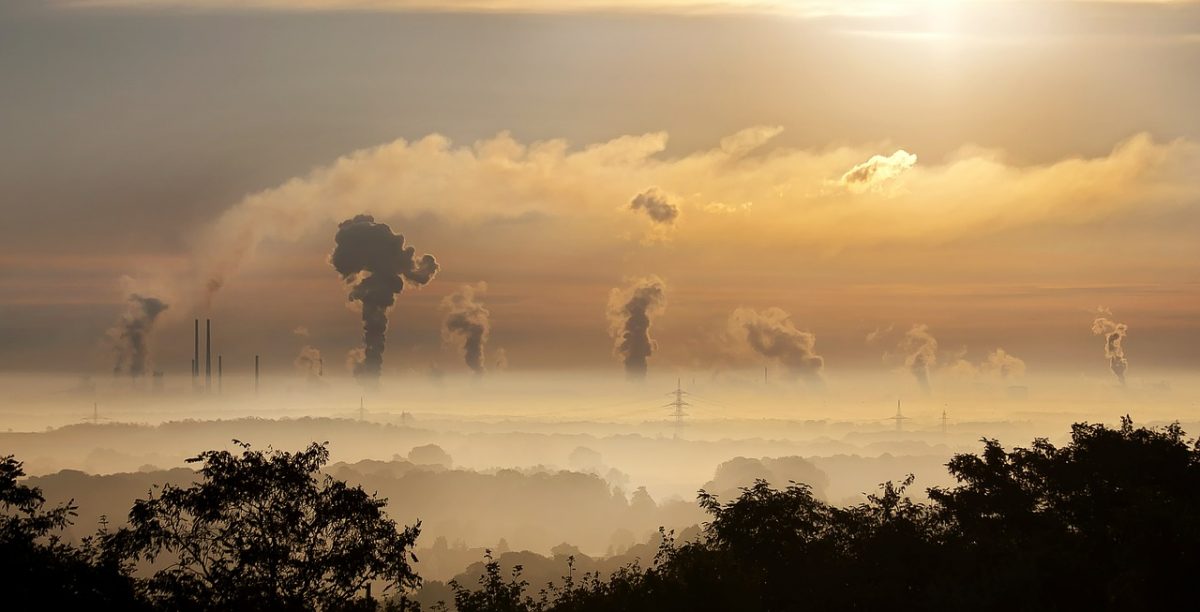 New analysis indicates that last year, the UK generated the least electricity in a quarter century—while renewable power generation hit fresh highs. Meanwhile, Alstom released designs for a zero-emissions hydrogen train which could be used on British railways as soon as 2022. These are encouraging developments—but they are by no means sufficient. Research has demonstrated that the world has to decrease its carbon emissions by a staggering 5% per year to stay within its “carbon budget” and avoid catastrophic climate effects.

Merely curbing emissions is no longer enough: as the head of the UK’s National Farmers’ Union pointed out earlier this month, Britain must move towards “net zero” emissions, meaning that gases will need to be removed from the atmosphere after already having been emitted. This is a conclusion the British government seems to have also reached: at the COP24 climate talks last month in Katowice, Energy and Clean Growth Minister Claire Perry had a major announcement up her sleeve: the UK is set to develop the world’s first “net-zero carbon” cluster of heavy industry by 2040, thanks to up to £170 million in new funding by the British government.

Utilising emerging technologies like carbon capture usage and storage (CCUS), the UK is stepping up to be a global leader in clean technology, engaging in an unprecedented dialogue with the fossil fuels industry as part of a bid to transform—and ultimately extend the lifetime of—the country’s existing electricity infrastructure. One such project is the Acorn storage site in Scotland, destined to be completed in 2023, which would use existing natural gas pipelines to transport waste CO2 under the North Sea to a storage facility. Just last week, a committee from the House of Commons visited Teesside to ascertain whether a multi-billion pound carbon capture project would be feasible in the region.

The UK’s renewed interest in CCUS, three years after David Cameron’s government controversially scrapped plans for a £1 billion CCUS demonstration project, comes at a crucial time. International institutions are increasingly conceding that global climate strategies must inevitably include CCUS if emissions targets are to be met on time. The 2015 Paris climate agreement set an ambitious global warming ceiling of “well below” a rise of 2 degrees Celsius over the 21st century, though some scientists have warned that an even lower target is necessary to avoid serious damage to the climate. At the same time, developing countries around the world have sounded the alarm over the pressure being placed on them to go without fossil fuels while large swathes of their populations are living without electricity, a dilemma which CCUS could help resolve.

An integral component of any decarbonisation strategy

“Without CCUS as part of the solution,” insists Fatih Birol, executive director of the International Energy Agency, “reaching our international climate goals is practically impossible.” Other experts have issued even harsher judgements: the “development hiatus” around CCUS, warns Professor Mike Norton at the European Academies Science Advisory Council (EASAC), “removes a major mitigation tool which we cannot afford to lose” in the fight to avoid climate catastrophe.

British business and government leaders are increasingly recognising this—and hoping that CCUS could bring economic value as well. Indeed, promoters of CCUS within the UK are hoping that the technology could represent a significant industrial opportunity for the country, currently trudging with uncertainty toward a post-Brexit economy after it leaves the European bloc in a few months’ time. “CCUS can unlock value…to enable low carbon industrial products, decarbonised electricity and gas, a hydrogen economy, greenhouse gas removal, and new industries based around utilising CO2,” explained one government taskforce report released last summer.

The UK’s renewed focus on developing CCUS is also fundamentally good news for developing nations. Many emerging economies remain dependent on fossil fuels in the short- to medium-term, as an estimated 1.1 billion people—a whopping 14% of the global population—are still waiting to be connected even to the main grid. The imbalance is so striking that the President of the World Bank, Jim Yong Kim, despite having instructed the institution to stop funding fossil fuel projects from 2019, has called developing countries’ calls for fossil fuel capacity development “compelling”. Kim explained that African leaders had repeatedly expressed to him how unfair it was that wealthy countries— themselves responsible for the vast majority of carbon emissions—expected emerging economies to do without the fuels which could allow them to industrialise and electrify their populations.

Carbon capture could offer an invaluable tool to allow these countries to exploit their abundant fossil fuel reserves as a means of hauling their populations out of poverty, while concurrently keeping emissions low. Unfortunately, despite this promise, emerging economies haven’t received much support so far in accessing these technologies, save for the U.S., which has proposed a “clean and advanced fossil fuel alliance” and asserted that the West has a “moral responsibility” to ensure that developing nations have clean yet affordable energy. While the UK has thus far committed £60 million to helping emerging economies develop CCUS, this sum remains a mere fraction of the total investment required. With London now re-discovering its CCUS appetite, energy pundits are no doubt perking up: this may finally be the year the UK leads the transition towards sustainable low-emissions energy generation, for developed and developing nations alike.