Newborn Bobby Davies had the first of two open heart surgeries when he was just three months old after he was born with deadly heart defect, tricuspid atresia. The tot, now seven months, successfully went under the knife in a Glenn Shunt operation just 12 weeks after he was born to increase the amount of […]

by Joe Mellor
in Children and Family, Health, Lifestyle 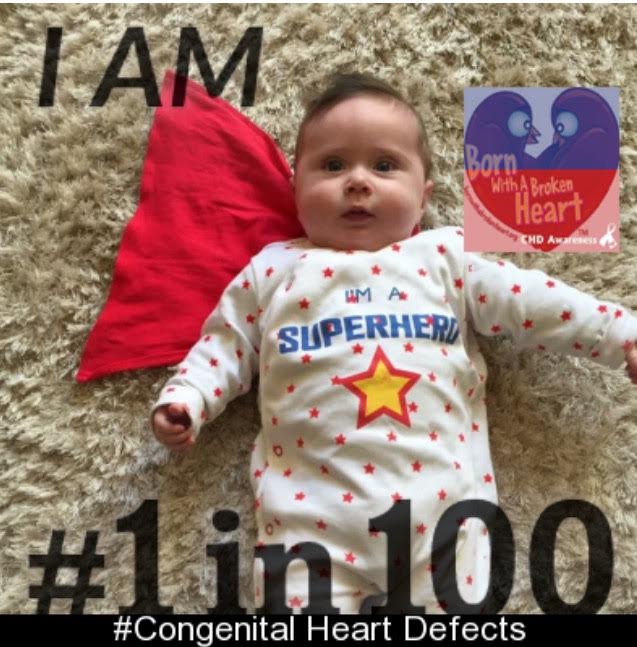 Newborn Bobby Davies had the first of two open heart surgeries when he was just three months old after he was born with deadly heart defect, tricuspid atresia.

The tot, now seven months, successfully went under the knife in a Glenn Shunt operation just 12 weeks after he was born to increase the amount of oxygenated blood going round his tiny body.

Dad Richard, 28, got a tattoo of his son’s scar on his chest so his brave little soldier doesn’t feel singled out when he’s older.

The floor layer said: “I got it last Friday because I didn’t want Bobby to feel different or left out.

“I have my arms and back tattooed, I’ve got about five.

“It mimics his scar and we took Bobby to see the tattooist and from the photos he transferred it onto me.

“I’m very happy, I didn’t want him to feel like he was any different, we were planning it for quite a while and after his operation I saw the scar and that was when I did it.” Bobby was born on 13 July, weighing 7lbs and mum Natasha was allowed a brief cuddle before the cardiac team took him away.

The family from Swansea, Wales, then spent two weeks at Bristol Children’s Hospital for the Glenn Shunt surgery, known as a Bi-Directional Cavopulmonary Anastomosis from October 19.

Bobby later then developed complications and doctors were forced top put a drain in his chest but he’s now bounced back and is growing into a healthy baby.

But doctors say the tot must receive more surgery called The Fontan procedure when he is three-years-old to keep him alive.

Mum Natasha, 30, said: “Neither of us had any knowledge of congenital heart defects and didn’t know what this would mean for our baby.

“Our world came crashing down around us.

“We were given three options; surgery when he was born, supportive comfort care – let him be born with no intervention and allow him to live for as long as he could, which wasn’t expected to be long, or a termination.

“At 22 weeks gestation, I was inconsolable but my husband and I both knew straight away that we would fight for our baby no matter what. “It was agreed that I would travel from Swansea to Bristol to be induced as a safety precaution at 38 weeks and five days.”

She added: “I had a brief two minute cuddle before he was taken away to be checked over by the cardiac team that was on stand by.

“Richard went with him while I had to stay to be taken care of by the midwives.

“Nearly four hours passed before I was able to see my new born baby boy.

“We were in hospital from 19th October 2016, to the 5th November, 2016 as Bobby developed a complication called chylothorax post surgery which meant he had Chyle leaking in his chest.

“A chest drain was put in and cleared after a few days. He then had to go on a special formula called monogen for six weeks which was a real challenge for us both as he was exclusively breast fed up until then.”

“Nothing could have prepared us for the agonising seven hours we had to wait between handing our baby over to the surgeons and finally being able to see him again.

“Those seven hours felt like a lifetime and to be honest, that time feels like such a blur now.

“We are so grateful for the fantastic surgeons and staff at Bristol Children’s Hospital for saving our sons life.

“In honour of Bobby’s bravery Richard got a tattoo of Bobby’s scar so he will never be the only one with one.” Natasha added: “The second surgery he will require will be between the age of three and five-years-old and is called The Fontan procedure.

“He has recovered really well and is currently doing brilliantly thankfully.”

The family are now raising £3,000 for the Ronald McDonald charity who provided them with a home from home while Bobby was in hospital.

Natasha added: “Without them we would have had to spend thousands of pounds in hotel costs and the commute to and from Swansea.

“The charity is an inspiration.”