Everyone knows the feeling of ‘the honeymoon’ period in a new relationship. It is a time where bettering yourself for the love of another feels like a simple task. Vices are expunged, flab is exercised/exorcised away, and rowdy nights out with the boys are replaced by long evenings of conversation, getting to know your other […] 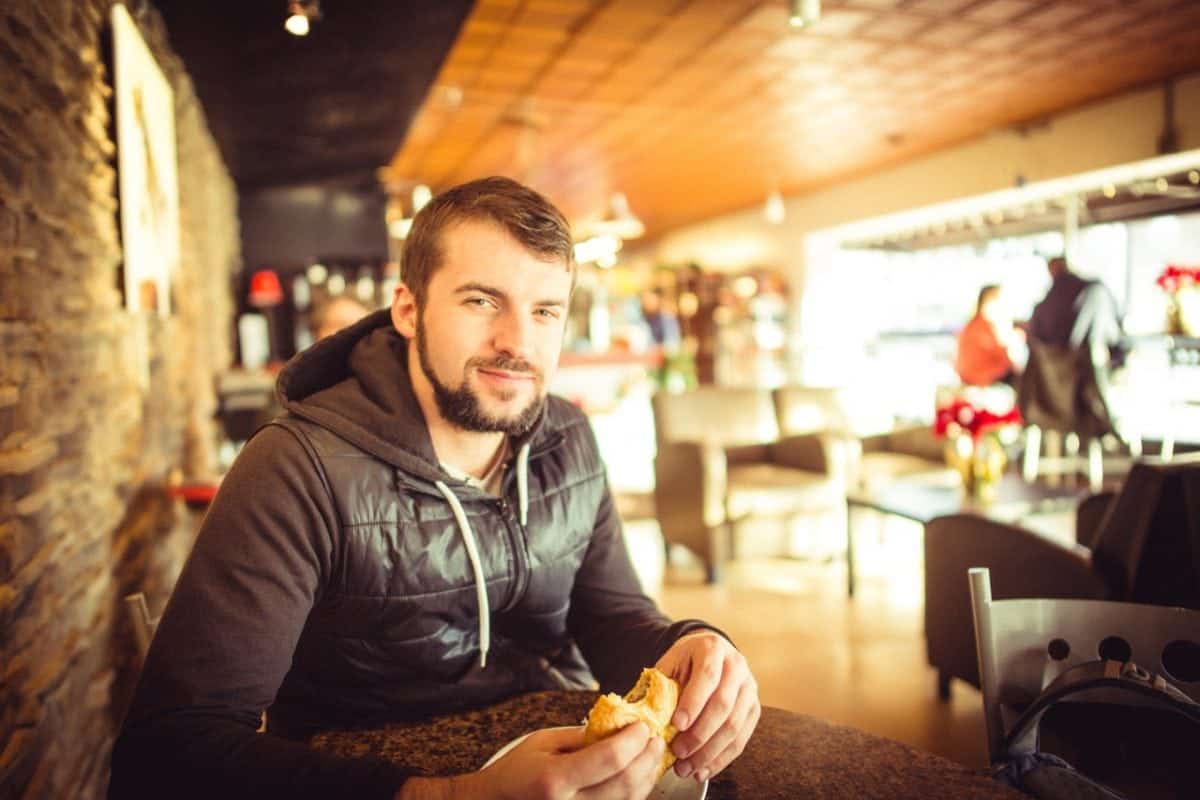 Everyone knows the feeling of ‘the honeymoon’ period in a new relationship. It is a time where bettering yourself for the love of another feels like a simple task. Vices are expunged, flab is exercised/exorcised away, and rowdy nights out with the boys are replaced by long evenings of conversation, getting to know your other half.

Unfortunately the honeymoon period is as its name suggests – lovely, but fleeting. Still, that doesn’t mean it’s not prime time to get impressing our partners before the inevitable slide into more comfortable behaviour.

Going on a vegan diet, enrolling in yoga sessions and claiming to enjoy Bridget Jones movies are among the things men do to impress a partner early in a relationship, according to new research.

Cutting back on fast food, eliminating swearing and not breaking wind in front of a new partner feature high in the top 40.

However, the research reveals the average honeymoon period for blokes’ good behaviour in a new relationship only lasts for seven weeks before they slip back into their usual habits.

Commissioned by premium online dating platform, EliteSingles, the survey of 1323 UK men who have been in a relationship found more than half have changed their behaviour or views to impress a new partner.

A spokesperson for EliteSingles said: “When we meet a new partner, we want to put our best foot forward to make sure we impress.

“The research reveals the funny, endearing and even extreme lengths men will go to impress their other half in the early stages of a new relationship.”

From writing poetry to pretending to enjoy Ed Sheeran’s music, two thirds of men think trying to impress a partner early in the relationship is an endearing quality.

Other steps men take to woo their new partner include trimming their body hair, reading or watching 50 Shades of Grey and claiming to be interested in politics.

Buying an entire wardrobe of new clothes, pretending to be passionate about environmental issues and maintaining a tidy home are also among the things men will do early in a relationship.

However, one in seven men said doing something to impress their partner at the start of a relationship has come back to haunt them.

Almost a fifth said they have had to stick to their change of behaviour out of fear the relationship would end if they didn’t.

A third of men agree women make as much effort as they do at the beginning of a new romance – while four in 10 admit females make MORE effort than they do.

However, two in five respondents said men shouldn’t go out of their way to impress new partners.

Fifty seven per cent of males think it’s wrong for men to change themselves in any way during the early stages.

A spokesperson for EliteSingles said: “While it’s hard not to change our behaviour to some extent to accommodate our other half, honesty, of course, is always the best policy.

“The point of dating is to find someone you’re truly compatible with. Give your new partner the chance to fall for the real you!”