Home secretary's price plummets to 1/6 amidst email scandal, with reports coming from Downing Street that she's 'not up to the job'. 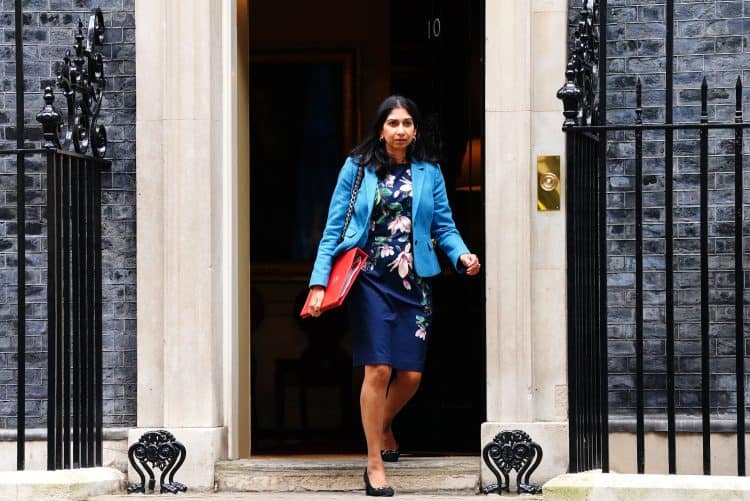 Suella Braverman’s odds of being the first of Rishi Sunak’s newly-formed Cabinet to leave have plummeted to just 1/6.

Braverman was immediately cut to 5/1 from 8/1 just minutes after the Cabinet was revealed last week, and before the weekend she was William Hill’s clear 5/4 market leader, but a further flow of bets saw her odds shorten further to just 8/13 on Monday morning, while she’s now a heavily fancied 1/6 to depart.

The home secretary admitted that she forwarded work emails to her personal phone SIX times over the course of a month.

A Home Office review identified the incidents after she was forced to resign for breaching the ministerial code by sending a draft government statement to an ally from her personal account.

Prime Minister Rishi Sunak has faced questions over his decision to reappoint Braverman just days after she quit, but Downing Street insisted he had full confidence in his Home Secretary.

However, reports from other Downing Street sources suggest others aren’t so sure.

Beth Rigby says she has received very critical briefings from colleagues on Braverman, with someone who sat with her in the cabinet saying:

“She’s not up to it. She relies on others out of government to advise her on what to do. She’s not good enough.”

William Hill spokesperson, Lee Phelps, said: “Rishi Sunak has somewhat steadied the ship since taking office last week, but Suella Braverman’s appointment as Home Secretary is becoming increasingly scrutinised and the betting suggest she may have to go.

“Braverman was very well backed when the market first opened last week, and in the last 24 hours we’ve seen overwhelming support for her to leave Cabinet. Her current odds of 1/6 suggest she’s pretty much nailed on to leave.”