Dogs have long been man’s best friends but has another four-legged animal now replaced them? Goats don’t have a particularly good reputation, due to the fact they are known to headbutt you and chew up your belongings. However, they are a lot smarter than you might think. Scientist have studied them and found that they […] 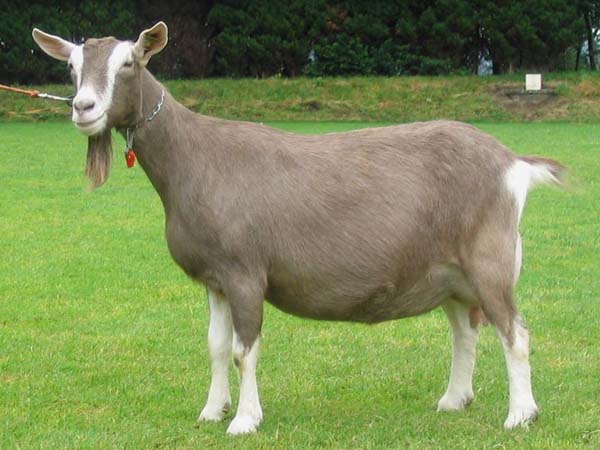 Dogs have long been man’s best friends but has another four-legged animal now replaced them?

Goats don’t have a particularly good reputation, due to the fact they are known to headbutt you and chew up your belongings. However, they are a lot smarter than you might think.

Scientist have studied them and found that they communicate much better with humans than they were expected to.

An experiment was set up at Buttercups Sanctuary for Goats in Kent, where they put a plate of food just out of reach. They found that, in an attempt to get the food, the goats communicated with people, by looking wistfully between the human and the food to signal that they wanted help.

This video – by Science Magazine – helps to explain why goats are more like dogs than we thought. Basically goats will gaze imploringly at their owner when they are struggling to complete a task, a trait common in dogs, but not wolves who have never learnt how to co-exist with humans. Ultimately the findings suggest that animals that are not typical companions do still use eye contact to communicate.

It was previously thought that goats’ intelligence was on par with sheep – who aren’t known for their brainpower. This research has shown that goats can figure out how to break into a sealed box – a test which has been used to calculate intelligence in apes.

Dr Christian Nawroth, a biologist at Queen Mary University of London who was the first author of the study, said: “Our results provide strong evidence for complex communication directed at humans in a species that was domesticated primarily for agricultural production, and show similarities with animals bred to become pets or working animals, such as dogs and horses.”

So, should you get a pet goat?

Owning a goat is a big commitment and can be very time-consuming and expensive. But, if you like the idea of having a goat as a best friend and are considering one for your next pet, check out Freeads. Here you will also be able to find dogs, cats, rabbits and guinea pigs – if you would rather a more traditional pet.

If you do find a goat that you think would fit in perfectly with your family, check out the RSPCA’s ‘Goats as pets’ page first. Here you will be able to find the laws on keeping goats, the best environments for goats as pets, the recommended diet for your pet goat and information on how to care for your pet goat.

Anyone responsible for an animal has a legal responsibility to meet the five basic welfare needs, under the Animal Welfare Act. However, as goats are farm animal species, their owners must comply with extra laws.

For example, there are laws on:

Consider whether you have the time, money and space to really care for this particular pet. Dogs are big commitments, but in some senses, goats are even bigger ones.

Remember – goats are for life, not novelty pet, which will help keep your grass trimmed!