An animal lover has spent three years living rent-free by travelling the UK looking after people’s pets. Emma Higgins, 29, has saved thousands of pounds in living costs by offering a live-in pet sitting service to owners wanting to go away on holiday. In the last two years, she has driven more than 5,000 miles […] 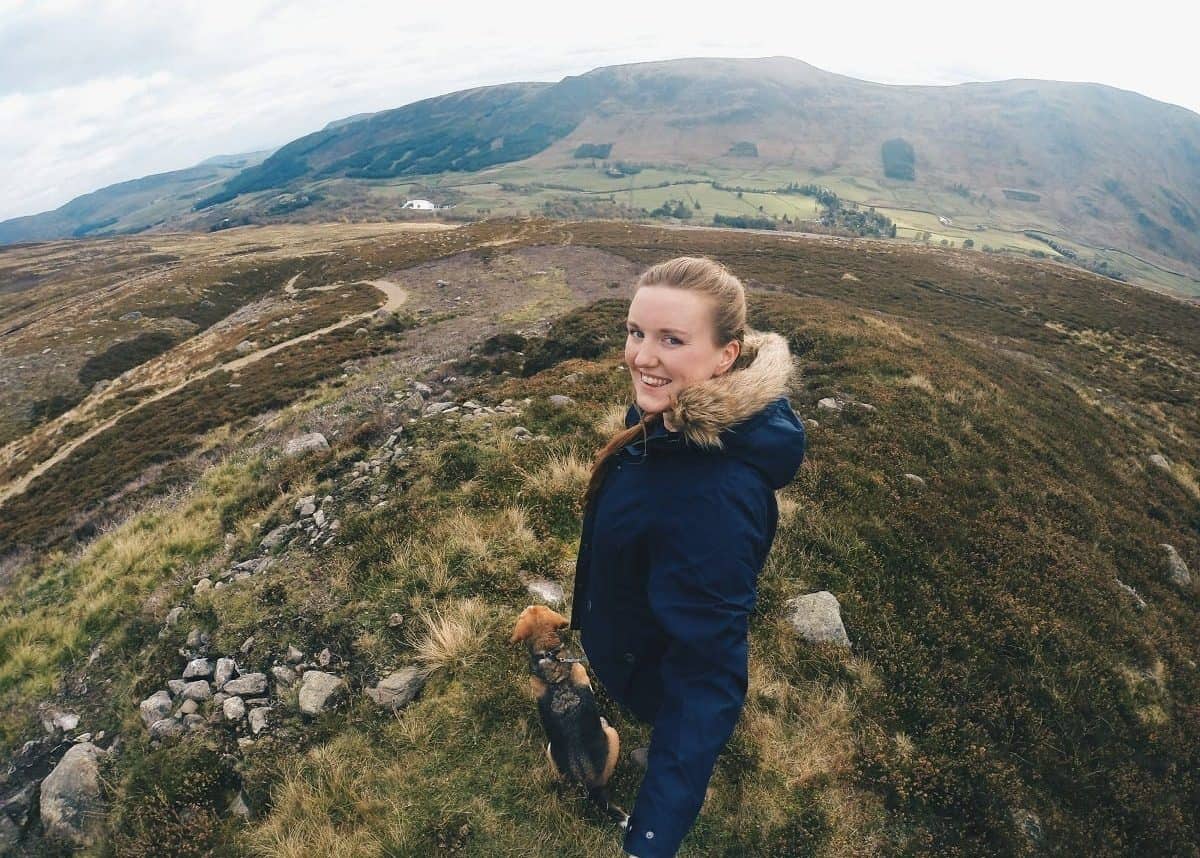 Emma Higgins, 29, has saved thousands of pounds in living costs by offering a live-in pet sitting service to owners wanting to go away on holiday.

In the last two years, she has driven more than 5,000 miles travelling to and from 15 homes across the UK and Portugal.

She takes no money for the service and instead works editing her online travel website Gotta Keep Movin’ and selling travel pieces to online magazines.

And Emma, from Ramsbury, Wilts, has also found love with boyfriend Mike Gallagher, 31, who she met while house-sitting in the Algarve region of Portugal last year.

Emma said: “One of the best things is experience of homes that I would probably never been able to afford or living in places I would not have gone to.

“There are drawbacks to house-sitting – you have a lot of responsibility and you always have to be there for the owners and the pets.

“I absolutely love it, it’s of a bit strange lifestyle to get used to – you end up living out of your car sometimes which is difficult but it’s a lot of fun because it gets you to a lot of unusual places and the pets are always really fun.

“I’m a bit lost when I don’t have animals around me and because I work from home they keep me company quite a lot.

“I love having them around and like taking care of them living in all these nice places and travelling to all these new places is all well and good but it’s the animal that I remember most – it is a privilege to look after them.

“It’s always a bit sad when you leave, especially if you’ve lived there for a long time and you get used to them.” Emma got the idea from friends and responds to adverts for pet-sitters using a Brighton-based online business, Trusted Housesitters.

Her first stay was in Manchester but she has stayed in rural homes in the Scottish highlands and the south of England.

Every trip is different and her first experience three years ago involved being given a 10-page list of instructions on how to look after a pair of cats .

Emma said: “Starting a new house sit you end up having a talk with the home owners. I always ask them to write as much down as they can about what they want.

“I’ve had ten pages of instructions just to look after two cats for a week.

“She [the owner] was going into details about how they play, about what time they like to play and which toys were their favourite.

“Animals sometimes do get freaked out and get down for a couple of days because you’re a complete stranger so the more the owner writes the better.

“The owner loved them very, very much and were keen to keep them to what they were used to.” The writer’s house-sits typically last two weeks but a stay at a Portuguese rural home in the Algarve region last year lasted for five months.

Emma, who now plans to travel across Eastern Europe, said: “There were some larger homes and there was a really beautiful Swedish style cottage in the Scottish Borders in the middle of nowhere with two dogs in Hawick.

“There’ve been animals that I’ve not been quite used to.

“The Scotland one was probably the most unusual because the other ones tended to be dogs – there were two dogs, two cats, nine chickens and two horses.

“That was the largest number of animals – it was almost like a full time job.”

Emma travels the breadth of the country in her Fiat Stylo hatchback car and stayed at Berkshire home which featured in architecture TV show Grand Designs last spring.

She and Mike, who met as friends of friends, are currently staying at a home in Cheltenham, Gloucestershire, and have more house-sits booked until the winter.

Addressing fellow millennials paying high rents in London, she said: “It’s a risk, house-sitting, going out of a convenient bubble of working a nine to five or a grinding job but I cannot imagine living another way now.”