Modern life really does kill after a remote tribe living deep in the Amazon were found to have the healthiest arteries ever studied. A new study estimates that an 80-year-old from the Tsimane has the same vascular age as an American in their mid-fifties. Heart rate, blood pressure, cholesterol, and blood glucose were also much […] 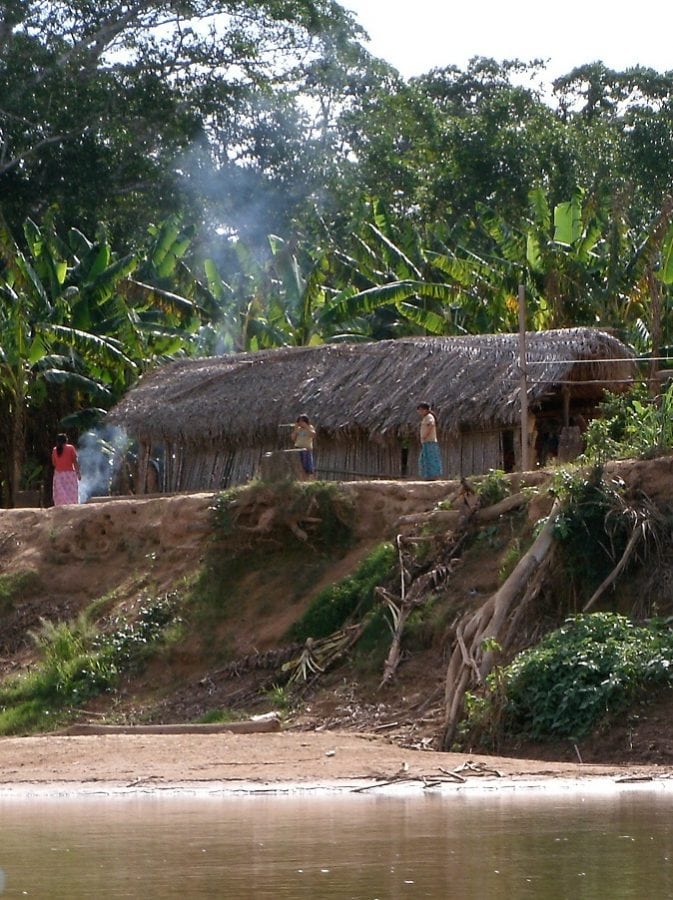 Modern life really does kill after a remote tribe living deep in the Amazon were found to have the healthiest arteries ever studied.

A new study estimates that an 80-year-old from the Tsimane has the same vascular age as an American in their mid-fifties.

Heart rate, blood pressure, cholesterol, and blood glucose were also much lower, probably as a result of the tribe‘s lifestyle, according to the researchers.

The indigenous Tsimane people, who live in the Bolivian Amazon, have the lowest reported levels of vascular ageing for any population.

Hardening of the arteries, known as coronary atherosclerosis, which leads to coronary heart disease and angina is FIVE TIMES less common than in the US, according to the research published in The Lancet.

Unlike people in first world, the Tsimane survive on a diet low in saturated fats and high in non-processed foods.

The researchers suggests that the loss of subsistence diets and lifestyles in modern society could be classed as a new risk factor for heart disease. Senior anthropology author Professor Hillard Kaplan, of the University of New Mexico, said: “Our study shows that the Tsimane indigenous South Americans have the lowest prevalence of coronary atherosclerosis of any population yet studied.

“Their lifestyle suggests that a diet low in saturated fats and high in non-processed fibre-rich carbohydrates, along with wild game and fish, not smoking and being active throughout the day could help prevent hardening in the arteries of the heart.

“The loss of subsistence diets and lifestyles could be classed as a new risk factor for vascular ageing and we believe that components of this way of life could benefit contemporary sedentary populations.”

Although the Tsimane lifestyle is very different from that of modern society, Prof Kaplan says some elements of it are “transferable” and could help to reduce the risk of heart disease.

While industrial populations are sedentary for more than half of their waking hours (54 per cent), the Tsimane spend only 10 per cent of their daytime being inactive.

They live a subsistence lifestyle that involves hunting, gathering, fishing and farming, where men spend an average of six to seven hours of their day being physically active and women spend four to six hours. Their diet is largely carbohydrate-based (72 per cent) and includes non-processed carbs which are high in fibre such as rice, plantain, corn, nuts and fruits.

Protein constitutes 14 per cent of their diet and comes from animal meat. The diet is very low in fat with fat compromising only 14 per cent of the diet – equivalent to an estimated 38 grams of fat each day, including 11g saturated fat and no trans fats.

And the researchers said smoking was almost non-existent among the Tsimane.

The researchers visited 85 Tsimane villages between 2014 and 2015. They measured their risk of heart disease by taking CT scans of the hearts of 705 adults, aged 40 to 94, to measure the extent of hardening of the coronary arteries, as well as measuring weight, age, heart rate, blood pressure, cholesterol, blood glucose and inflammation.

They discovered, almost nine in 10 of the Tsimane people (85 per cent) had no risk of heart disease, and only three per cent had moderate or high risk.

That continued into old age, where almost two-thirds (65 per cent) of those aged over 75 had almost no risk. The results are the lowest reported levels of vascular ageing of any population recorded to date.

By comparison, a study of 6,814 American people aged 45 to 84 found that only 14 per cent had a CT scan that suggested no risk of heart disease and half had a moderate or high risk – a five-fold higher prevalence than in the Tsimane.

They also noted that the low risk of coronary atherosclerosis in the Tsimane despite there being elevated levels of inflammation in half (51 per cent). “However, the inflammation common to the Tsimane was not associated with increased risk of heart disease, and may instead be the result of high rates of infections.”

The researchers suggest the healthier findings in the Tsimane is more likely to be a result of their lifestyle than genetics, because of a gradual increase in cholesterol levels coinciding with a rapidly changing lifestyle.

Dr Ben Trumble, of Arizona State University, said: “Over the last five years, new roads and the introduction of motorised canoes have dramatically increased access to the nearby market town to buy sugar and cooking oil.

“This is ushering in major economic and nutritional changes for the Tsimane people.”

Senior cardiology author Dr Gregory Thomas, of Long Beach Memorial Medical Centre, said: “This study suggests that coronary atherosclerosis could be avoided if people adopted some elements of the Tsimane lifestyle, such as keeping their LDL cholesterol, blood pressure and blood sugar very low, not smoking and being physically active.

“Most of the Tsimane are able to live their entire life without developing any coronary atherosclerosis. This has never been seen in any prior research.

“While difficult to achieve in the industrialised world, we can adopt some aspects of their lifestyle to potentially forestall a condition we thought would eventually effect almost all of us.”