The US fast food giant wants to tap into the appetite for orders on Deliveroo and Uber Eats, having left the UK in 1999. 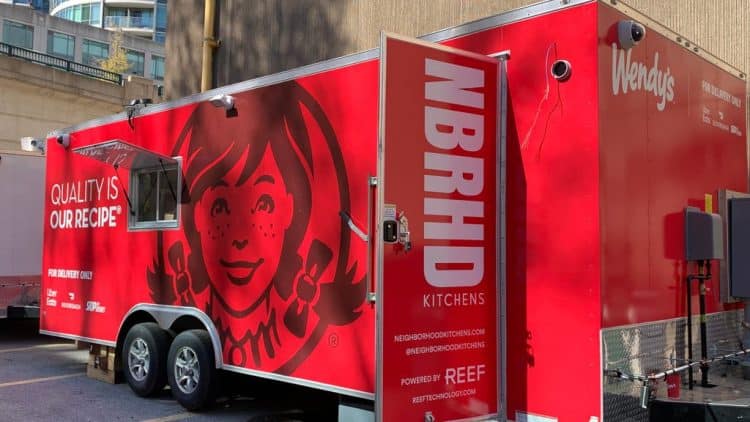 US burger chain Wendy’s has announced plans to open its first “dark kitchens” in the UK as bosses aim to cash in on the rise of online delivery apps including Deliveroo and Uber Eats.

The company is the third-largest burger chain in the world after McDonald’s and Burger King, with around 6,700 outlets in 30 countries, but it quit the UK in 1999 and only announced plans to return in May this year, with stores opening in Reading, Stratford and Oxford.

Bosses hope to open around 400 across the country.

The latest announcement will see the UK open additional sites that will only serve deliveries, at a time when burgers are big business on food apps.

US rival Five Guys is one of the most popular restaurants on the Deliveroo app and has enjoyed a rapid expansion in the UK in recent years, alongside another rival Shake Shack.

Wendy’s did not give details on how many “dark kitchens” – named because they do not serve customers in person – would open in the UK.

The company would only say it plans to “open and operate 700 delivery kitchens over the next five years across the US, Canada, and the United Kingdom”.

Bosses said this was due to increases in franchise fees and extra spending on advertising driving customers to sites.

The company said in May: “The UK launch will spearhead a European-wide expansion as Wendy’s looks to build on strong growth on the other side of the Atlantic, where the brand last year dethroned Burger King to become the number two player in the US hamburger market.”

The company said the new restaurants in the UK could create up to 12,000 new jobs.