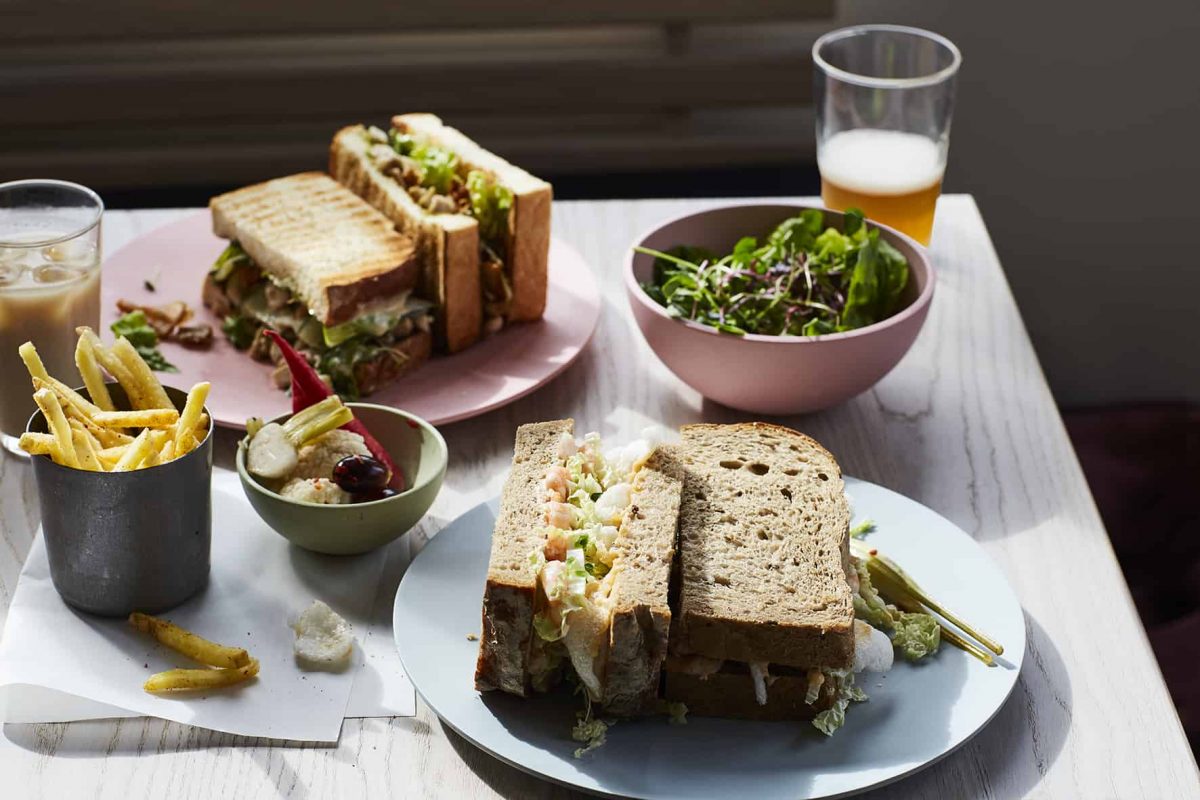 The second instalment in a new series of collaborations, Sons + Daughters founders James Ramsden and Sam Herlihy have teamed-up with Selin Kiazim of recently opened Oklava Bakery + Wine to launch a Turkish-inspired special.

Following the success of the first collaboration in the series (Pidgin’s Tuna Melt special), Selin Kiazim’s sandwich is now available at the King’s Cross sandwich shop and will be served until Thursday 30th April.

Named after the founders’ children, Sons + Daughters is the pair’s take on a classic sandwich shop, celebrating the sandwich in all its glory. From the kitchen, head chef  Jacqueline Barbosa (formerly of the Guinea Grill and Where the Pancakes Are) serves exceptional, freshly-made sandwiches and sides made using the highest quality ingredients. Bread is supplied by Paul Rhodes Bakery, with meat from Swaledale, and salad leaves from Growing Underground; a sustainable underground farm which grows fresh micro greens and salad leaves 33 metres below the busy streets of Clapham.

Selin Kiazim’s one-off creation, on the other hand, features gently spiced, caramelised beef; aged beef and honey butter; barrel-aged feta whose whack of salinity compliments the beef and slightly sweet butter; za’atar, chilli, and parsley mignonette – all loaded into a baguette from Paul Rhodes Bakery. It’s an absolute triumph of salt, fat, acid and slight heat – with a vinegar dip on the side which slices through the richness, delivering yet another dimension of bold flavour. A worthy addition to Sons + Daughters’ already strong core line-up of sandwiches.

On the launch and inspiration behind the new sandwich, Selin Kiazim told The London Economic: “Caramelised beef mince and onion is a filling often used in various types of Borek. I have used it in various ways over the years and quite recently I’m rather obsessed with it. It’s so simple, but executed well it’s so moreish. I love to create food that brings sweetness, acidity and texture hence the feta, beef scratchings and vinegar dip on the side to cut though the richness.”

The Sons + Daughters X Oklava sandwich will be available until Thursday 30th April, priced at £9.50.