by Tony Whitfield
in Food and Drink 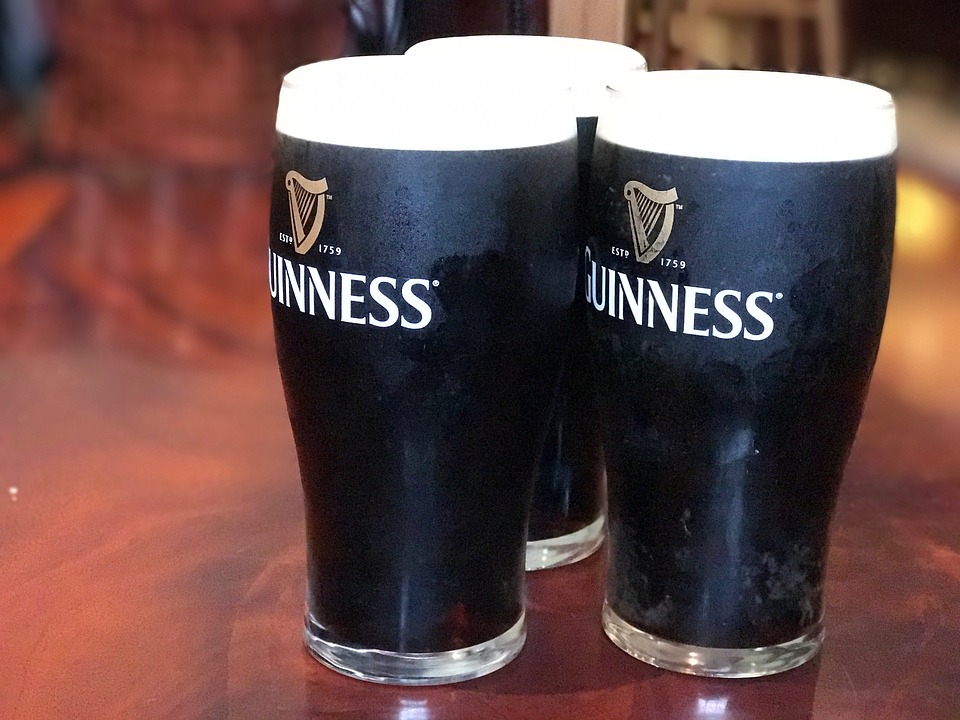 The silky smoothness of a pint of Guinness is thanks to bubbles sinking instead of rising, according to new research.

The bubbles are about ten times smaller than those in most beers or champagnes – causing them to fall and spread out forming the creamy body and top.

And the dark secrets of Ireland’s national drink have been unravelled – by the Japanese.

People from the Land of the Rising Sun are big beer drinkers so boffins at Osaka University carried out a sober study into the mystery of Guinness’s legendary black-and-white texture.

The tiny bubbles are a big deal.

Normally bubbles in a liquid will be pushed upwards – a phenomenon known as Archimedes’ principle as any schoolboy would know.

It was described by the legendary Greek mathematician in 250 BC.

But this only applies to fluids with big bubbles – although it doesn’t fully solve the riddle.

Guinness and other stout ales behave like a water film sliding downhill on a rainy day, say the Japanese team.

This produces the iconic foamy head top over the solid-like body.

The discovery could lead to improved industrial processes – and boost laboratory experiments in medicine.

In 2012 mathematicians at Limerick University in Ireland also suggested the paradox was due to the shape of the glass.

But their simulations showed an upward flow at the centre and a downward one at the edges – in which the liquid carried the bubbles with it.

Now Professor Tomoaki Watamura and colleagues say they ‘ve come up with the different explanation.

When the beer is poured into a pint glass – which is wider towards the top – the rising motion of the bubbles creates a film of bubble-free liquid above the inclined wall.

This dense film falls causing the lighter bubble-rich bulk to rise – something known in physics as the Boycott effect.

Those at the edge create a cascade of descending bubbles – the trademark pattern seen in the ‘black stuff’.

This is caused by Newton’s laws of motion – a combination of forces of inertia and gravity.

Known as roll waves they collide and coalesce with each other – creating a particular structure and downstream motion.

Essentially, the bubble cascade in Guinness beer is caused by ‘gravity current instability’.

Prof Watamura, of Osaka University, said: “The hydrodynamic condition for the texture-formation is similar to the critical point of the roll-wave instability in a fluid film, which can be commonly observed in water films sliding downhill on a rainy day.

Guinness contains nitrogen gas – as well as carbon dioxide which is present in all beers.

As nitrogen is less likely to dissolve in liquid that results in the smaller and longer-lasting bubbles.

When poured the bubbles are a tenth the diameter of those in other carbonated drinks – and disperse throughout the entire glass.

But it’s the sinking bubble that has confounded physicists and mathematicians alike for decades.

Like many such “fluid dynamics” problems, getting to the heart of the matter is no easy task.

Only recently was it proved they actually sink rather than being the result of an optical illusion.

Prof Watamura said: “The texture motion of the bubble swarm moves downwards.
Some models to explain the downward movement have been proposed.

“The mechanism underlying the formation was an open problem.”

Guinness is opaque and dark – obstructing the physical observation in a glass.

Only super-computers can conduct numerical simulation of vast number of small bubbles.

They filmed the movement of liquid with a high-speed video camera and lasers to accurately measure the movement.

In addition, using molecular tags, they visualised the irregular flow.

They poured the ‘Guinness’ solution into an inclined container to observe how the texture formed.

The texture-formation appeared about 1 mm away from the inclined wall – and not in the vertical or straight part of the glass.

The study published in Scientific Reports also identified a clear, bubble-free film flow down along the inclined wall.

This appeared when the glass inclination angles were small – but not when they were large.

Lead author Prof Watamura said: “There are a large number of small objects in nature, such as fine rock particles transported from rivers to the sea and microorganisms living in lakes and ponds.

“Comprehending and regulating the movement of small objects is important in various industrial processes as well.

“Our research results will be useful in understanding and controlling flows of bubbles and particles used in industrial processes as well as protein crystallisation and cell cultivation used in the field of life science.”