A picturesque restaurant that fails to dazzle on the food front in spite of its idyllic location. 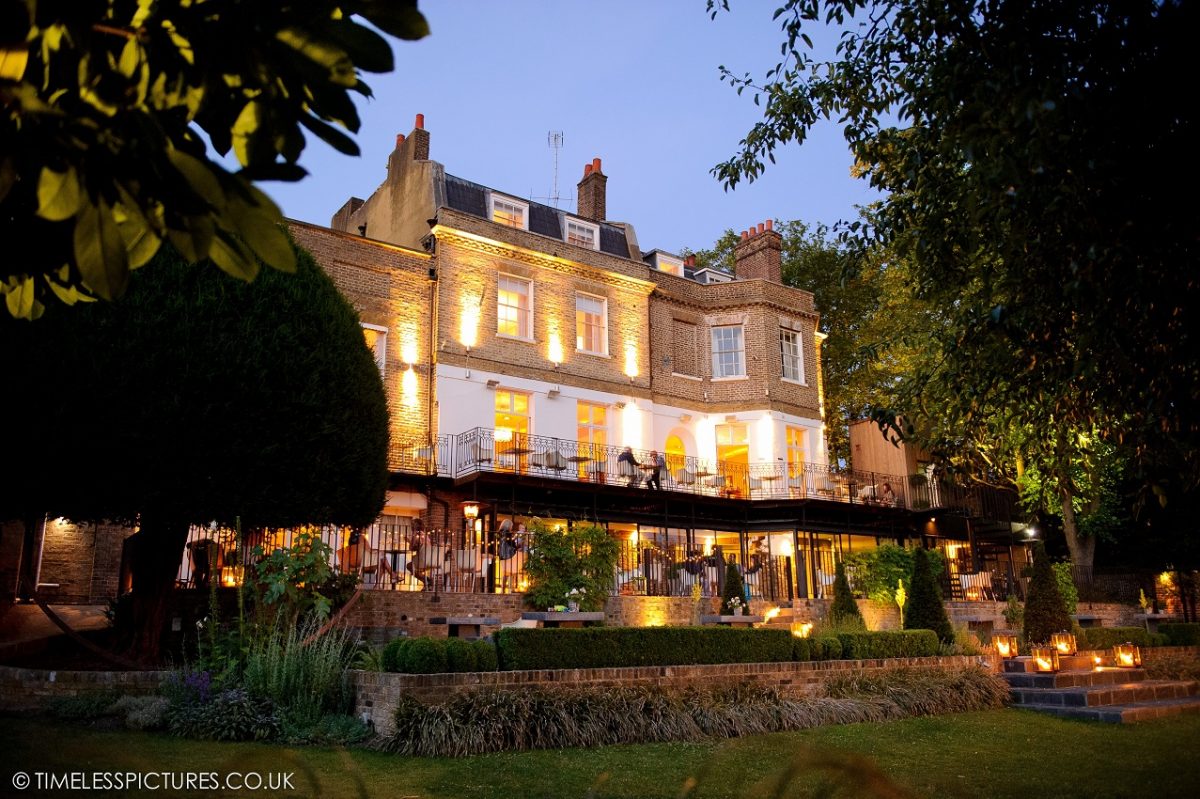 If there’s one thing I’ve learned about restaurants outside central London it’s that location is everything.

Those who dare travel beyond zone 4 on the tube want to feel like they have travelled outside zone 4. They want to escape the clutches of the densely populated and built-up ‘deep smoke’ and find the faux-country embrace that lies on its doorstep.

Richmond is as good a candidate as any for such retreats, boasting cosy pubs with log fires, parks where deer roam free and a river that feels genuinely serene.

I’ve walked passed the Bingham Riverhouse a number of times without ever realising what it was.

A boutique hotel? Restaurant? Wedding venue? Art gallery, perhaps. As it turns out it’s almost an assortment of all four.

Re-opened after a month-long overhaul which has seen each of its 15 guest rooms transformed, alongside the dining rooms and bar, it boasts a harmonious mix between easy living and private members house.

The new design takes inspiration from the Riverhouse’s enviable location on the Thames and is awash of pale pastels balanced with modern jewel tones.

Guests can enjoy drinks in the double-height pink drawing room, where original art is showcased among grand ceilings. French windows open directly onto the terrace, allowing light to flood through; while the renewed dining space features playful walls of literature to mirror the properties colourful past.

Better to do a few things well

The menu has also been revived under the direction of award-winning head chef Andrew Cole; leading the team on seasonally changing menus that showcase the best of local produce.

It espouses a philosophy that it’s better to do a few things well, rather than many things poorly, and pulls it off to an extent.

But there’s no escaping that the menu is rather limiting. With a two-two-two formation split between vegetarian, meat and fish options you have to rely on lady luck to find a combination that’s just right for you, which proves tricky.

Entrees of torched mackerel served with fennel and pepper escabeche, smoked paprika and spring onion mayo along with a courgette risotto with ricotta and basil are dispatched on oversized, decorative plates.

With salt and pepper shakers nowhere to be seen they were both quite bland. The former lacked the sort of depth of flavour you would expect from a “torched” entrée and the latter would have certainly benefited from a shaving of Parmesan or garnishing of rocket to bring its buttery base to life a little more.

The main course also failed to dazzle. Salt baked carrot served with chickpeas, hazelnuts and chimichurri sauce had an overbearing mushiness to it not far removed from baby food, while the sea bream lost its tang as a result of being drowned in a hash of clams, romesco, jersey royals and buttermilk sauce.

Two excellent deserts of gooseberry tart with vanilla ice cream and bitter chocolate with white balsamic strawberries, mint meringue and sorbet went some way to redeeming the night, and the wine pairing has to be commended too, but overall the Bingham Riverhouse didn’t quite make the mark, in spite of its idyllic location.