The first in a new series of experimental beers from Marston's, No:1 Horninglow Street is a bottle-conditioned IPA. 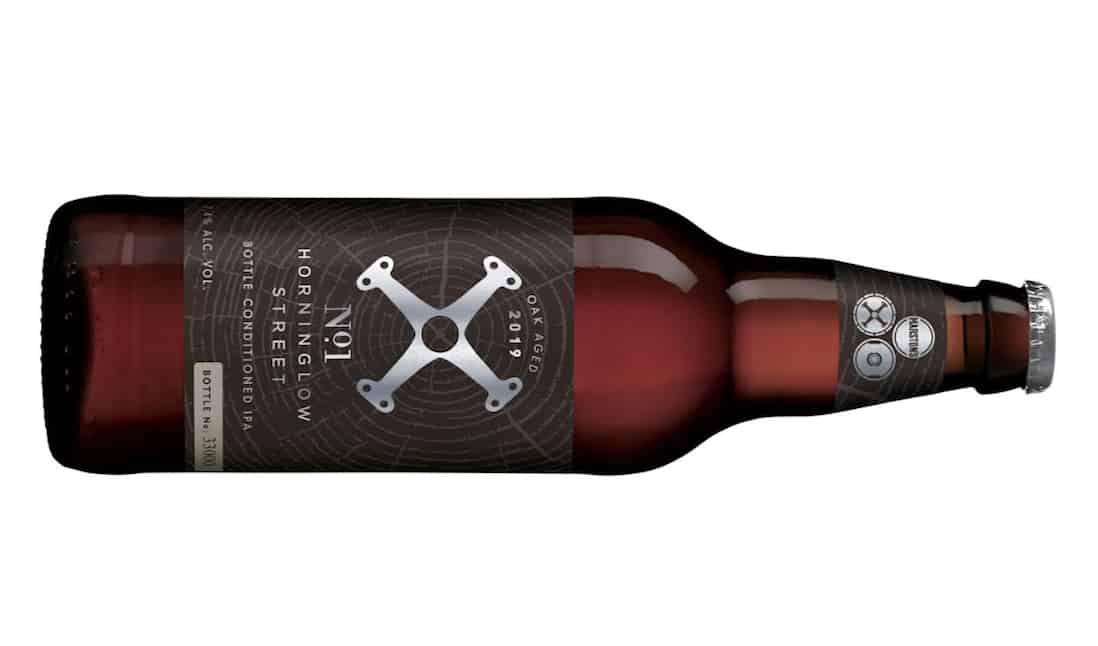 The first in a series of speciality one-off beers to be brewed in Marston’s Burton Union system, No:1 Horninglow Street is the first India Pale Ale to be produced in Marston’s ‘Cathedral of Brewing’.

Named after the original brewery at which John Marston started brewing in 1834, the first of the Horninglow Street brews pays homage to the IPA beer style Burton made its own from the 1820s onwards, renowned for its gypsum-rich water, which gives definition and edge to hoppy beers. Consequently, brewers all over the world have ‘Burtonised’ their water since the 1860s, attempting to mimic the natural benefits of the area’s water when brewing pale ales. The first beer that Marston’s has produced from the system’s renowned oak barrels, ‘swan necks’ and yeast troughs – aside from their famous Pedigree and celebratory pale ales – No:1 Horninglow Street is brewed at 7.4 per cent ABV and decanted into 32,000 individually numbered bottles, each packaged in its own box.

For each beer in this series, the initial design stage begins in Marston’s DE14 nano-brewery, installed in 2016 with the ambition of trialling new brews. The beers are then transferred across the brewery yard to the symmetrical brew house (known locally as ‘The Cathedral of Brewing’). Brewed with low-colour pale ale malts then late and dry hopped with four varieties – Goldings, Sovereign, Ernest and Cascade – No:1 Horninglow Street is fermented for two days in rectangular ‘squares’ before being transferred into 24 interlinked 150-gallon oak barrels. This process invigorates the yeast, ultimately clarifying the beer. Here, the beer ferments for five further days, with the yeast bubbling for the initial two-to-three days through stainless steel swan necks into the yeast trough above. This offers CO2 protections, with the yeast collected used as a stimulus for other beers or sold for marmite.

Finally, the three-day ‘cold conditioning’ process locks the hops’ flavours and malt aromas into the final product. Bottle-conditioned and un-pasteurised, No:1 Horninglow Street will, intentionally, develop for years in the bottle, allowing the drinker to decide at which stage to broach the bottle. On pour, shortly after bottling, No:1 Horninglow Street has a light amber complexion, capped with a white head. Aromas of honey and cereal are joined by fruity notes of apricot, melon, apple and marmalade over some resinous pine and a suggestion of vanilla. A whisper of pear is noticeable on the palate, joined by some further apricot and crisp citrus notes; initially smooth with caramel sweetness before medium-dry bitterness prevails and continues on the long, refreshing finish.

Marston’s No:1 Horninglow Street IPA is available from 300 Waitrose stores, £4.50, 50cl. Further information on the brewery can be found here.