By Jonathan Hatchman, Food Editor, @TLE_Food Last year was a great success for restaurant openings in London. With plenty of successful new openings, as well as a rise of completely new dining trends – 2016 is already looking set to become even better than its successor. Here’s a selection of the restaurant openings that we’re […] 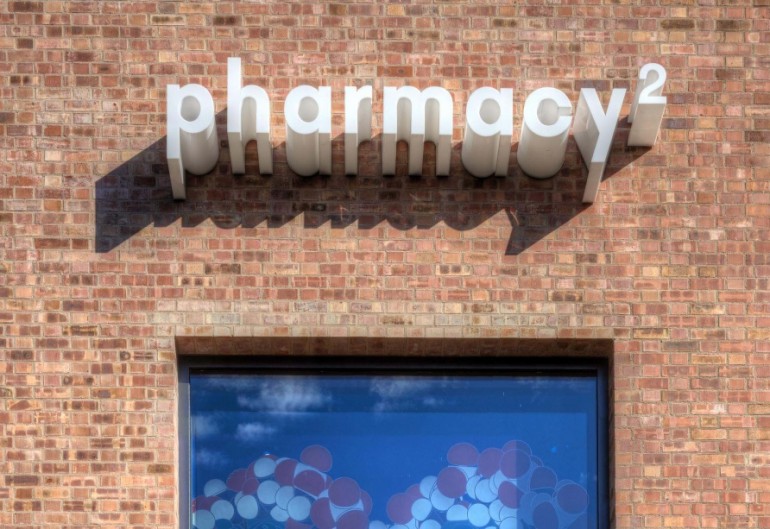 Last year was a great success for restaurant openings in London. With plenty of successful new openings, as well as a rise of completely new dining trends – 2016 is already looking set to become even better than its successor. Here’s a selection of the restaurant openings that we’re most excited for, already scheduled to open across the next 12 months.

First opened during artist Damien Hirst’s peak in the 1990s, Pharmacy was – for quite some time – one of London’s go to restaurants, located in the once über-trendy Notting Hill. Initially opened as a concept restaurant with an interior design shock factor (what else did you expect from Hirst?) with photographs of pills lining the walls, as well as some major artworks from the artist himself, while staff would wear surgical gowns. The restaurant was fun, at first, attracting a range of A-list celebrities as regular diners, but it soon grew tiresome and thus closed its doors in 2003. However, with the recent opening of Hirst’s new arts space – Newport Street Gallery – in Vauxhall, a second coming of Pharmacy is set to open, initially acting as a canteen for visitors, while in the evening the space will work as a restaurant in its own right, and with such – a swathe of surrounding controversy is practically guaranteed. Throughout 2015, its doubtable that any single restaurant opening managed to divide opinion between restaurant critics quite as much as Nuno Mendes’ Taberna Do Mercado in Spitalfields Market. And having become one of London’s most popular chefs, following his work at Chiltern Firehouse, the chef is currently planning to re-launch his Viajante restaurant which formerly operated from Bethnal Green Town Hall. And thanks to crowdfunding site SEEDRS, Mendes is currently searching for investors to help launch the new waterfront site in Wapping’s Metropolitan Wharf, setting out to reach a target of £1.75 million (30% of which has already been accumulated). If the project does, in fact, go ahead – which does seem very likely – the restaurant will be housed within a restored Victorian Warehouse, and a tasting menu will be at the heart of the restaurant, with chefs from across the globe being invited to cook at Viajante.

Although entirely dependent on crowdfunding investments, Viajante is likely to open in the Autumn at Metropolitan Wharf, 70 Wapping Wall, London, E1W 3SS. Come Fry With Me – Covent Garden

While the accolade for last year’s worst restaurant name must undoubtedly be awarded to Richard Caring’s Sexy Fish – Come Fry With Me could be a strong contender for this year’s title. Jumping on board with the current trend for single-item menus available in London, this posh chip shop will open a permanent site in Covent Garden, having toured a number of festivals and markets across the past summer. As well as a strong focus on chips, the restaurant will also live up to its name with a strong 1960s air travel theme, even so far as installing a “fry carousel” conveyor belt for service. So with three types of fries on the menu (skinny, gastro, and skin-on) available either “topped”, flavoured, or in a butty – this salute to the humble chip is set to become one to watch when it opens later in the year.

Come Fry With Me is set to open in the Autumn in an as-of-yet undisclosed location in Covent Garden. The team behind some of London’s best-loved restaurants – the Galvin brothers are set to open HOP in Spitalfields Market this month. Taking over the site where Galvin Café a vin once stood – HOP will have a strong focus on beer, while the brand new menu will be made up of classic pub dishes, as well as some premium hot dogs. Cooked using a mixture of classic and modern techniques, the menu at HOP will include the likes of rare-bred sausage rolls, slow cooked beef cheeks, Galvin cured salmon, and green clementine trifle to name a few of the delights on offer. What’s more, the venue will undergo a major refurbishment, making space for a semi-open kitchen and for four large copper Pilsner Urquell tanks to be positioned above the bar area.

HOP is set to open this month and is located at 35 Spital Square, London, E1 6DY.

There’s been a huge boom in popularity that’s surrounded ramen and various broths, in London in recent years. Specialising in ramen, Bone Daddies has also become hugely popular in the Capital ever since the first outpost opened in 2012. Now, with two restaurants, as well as various off-shoots, a third Bone Daddies is set to open in Shoreditch’s Old Street this year. Expect usual favourites to grace the menu, as well as some new exclusive Old Street dishes at this new opening. Diners should also expect to be queuing around the block for this consistently popular restaurant with a less-popular no reservations policy.

Bone Daddies Old Street is set to open this year and can be found at The Warehouse, The Bower, 211 Old Street, London, EC1V 9NR. Having served as Chef Patron at Restaurant Gordon Ramsay – one of Britain’s very rare restaurants with three Michelin Stars – for the past eleven years, Clare Smyth has announced plans to open her own independent restaurant this year. As for Restaurant Gordon Ramsay, Head Chef of two years Matt Abe will now head up the kitchen, while Ramsay himself is to support the new venture from the latest of his protégés to open their own restaurant. News on Clare Smyth’s solo venture is still very limited, although we do know that the restaurant is set to open in London this Autumn at an undisclosed location. More news is set to follow, and in the meantime Smyth will continue to work alongside the Gordon Ramsay Group as a chef consultant.