By Jonathan Hatchman, Food Editor, @TLE_Food Artisan bakeries, cake shops, and patisseries (mainly in gentrified East London) have certainly witnessed a boom in popularity in recent years. Something that’s peculiar given that now, more than ever, we’re constantly encouraged to limit our sugar intake, thus becoming more health conscious than ever. One establishment that has […] 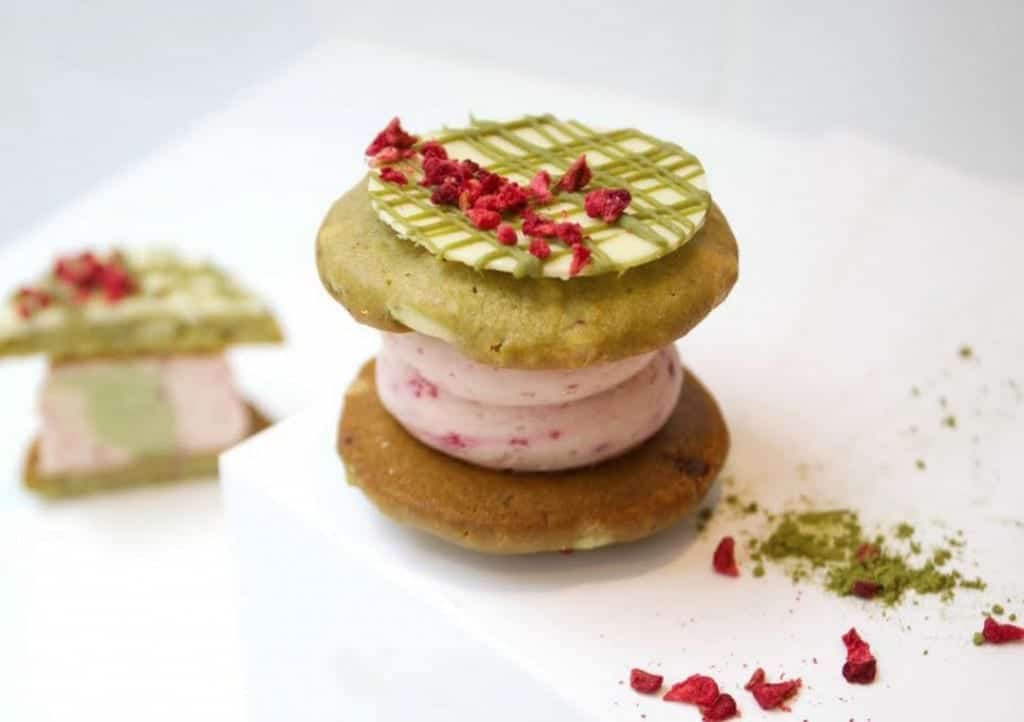 Artisan bakeries, cake shops, and patisseries (mainly in gentrified East London) have certainly witnessed a boom in popularity in recent years. Something that’s peculiar given that now, more than ever, we’re constantly encouraged to limit our sugar intake, thus becoming more health conscious than ever. One establishment that has grown to receive particularly positive acclaim in recent years, however, is Cutter & Squidge – having opened their first permanent residence at the tail end of 2013. Set up by sister duo Emily and Annabel Lui, both keen bakers, having both grown up with a background surrounded by food, Cutter & Squidge has since provided their creations for the likes of Harrods and Selfridge’s, and have really began to make waves with their signature creation – the ‘Biskie’.

A combination of biscuit, cake, and cookie, with a closely guarded recipe, the bakery took over a site located towards the seediest end of Soho’s Brewer Street, at the tail end of last year, and sells a strong (often changing) variety of Biskies alongside other sweet treats that include their own ‘Dream Cakes’, jars of salted caramel, and marshmallows. It is the Biskies, however, that seem to be proving most popular. An inspired creation that works as a dessert sandwich, of sorts, not too dissimilar to the macaroon, albeit far bigger and generally sweeter. Each creation comprises fresh lightened buttercream that’s specially created in order to halve the amount of sugar and butter and replace with real fruit or premium chocolate, sandwiched between two soft, chewy cookies combined with various complimentary flavours. The pair also emphasise the fact that all ingredients are made from scratch where possible, with nothing artificial involved, while everything else is British or sourced from British producers, including free range eggs and British creamery butter.

Flavours include the likes of ‘OMG It’s Green’, one of the bakery’s first signature creations. The slightly bitter taste of matcha green tea is present – which also provides the – joined with harmonious flavours of white chocolate and raspberry to counteract the green tea’s complex bitterness. ‘Pistachio Roseberry’, offers a bold pistachio flavour that delivers a sweet distinct nuttiness, while the biscuit is chewier than the others sampled and topped with flaked pistachio to offer a satiating crunch. The overall morsel is, nonetheless, a little sweet for my personal palate. ‘Raspberry Ripple’ is also very sweet, visually reminiscent of a classic Victoria sponge sandwich. While the meringue topping adds little to the overall Biskie, the palate cleansing sharpness of the raspberry jam works in harmony with the Madagascan vanilla and raspberry buttercream, with an overall taste reminiscent to that of a posh, grown-up Jammy Dodger.

Quite surprisingly, the ‘Toffee Crisp’ isn’t overly sweet, but is instead remarkably rich. That is in the best sense of the word, working as any chocolate lover’s dream, inspired by the chocolate bar of the same name, featuring Belgian chocolate buttercream and salted caramel sauce, topped with a delicious chocolate toffee dice of puffed rice. A personal favourite, however, is the ‘Apple Pie’, which combines homemade apple compote with vanilla and cinnamon, topped with a disc of pastry. While the apple compote is enjoyable, it’s the cinnamon that cuts through and works as the most prominent flavour, working beautifully alongside the apple as a reimagining of a stone cold classic.

In recent years, all sorts of dessert treats such as donuts, cupcakes, cronuts, and many more have received their fair share of attention, but following the recent success of Cutter & Squidge’s signature creations, 2016 looks set to become the year of the Biskie.

Cutter & Squidge can be found at 20 Brewer street, London, W1F 0SJ. Plenty of the bakery’s products are also available to order from cutterandsquidge.com.