By Jonathan Hatchman, Food Editor, @TLE_Food Taking place each year in celebration of Scottish poet and writer Robert Burns, around the time of his Birthday on January 25th, Burns Night – or more traditionally Burns Supper – is just around the corner. Falling on a Monday this year, many Burns Night events will be taking […] 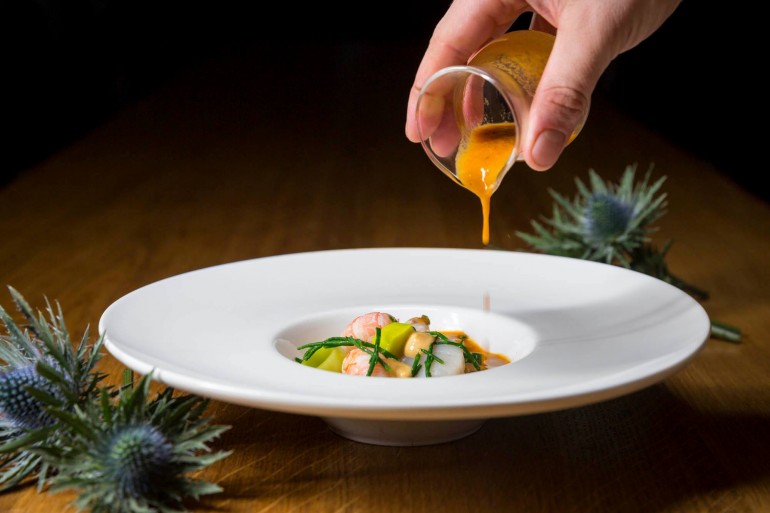 Taking place each year in celebration of Scottish poet and writer Robert Burns, around the time of his Birthday on January 25th, Burns Night – or more traditionally Burns Supper – is just around the corner. Falling on a Monday this year, many Burns Night events will be taking place across this weekend, although many of London’s restaurants and bars are embracing the original date, with plenty having arranged special events or having crafted traditionally Scottish set menus. Here’s our selection of the best places to eat and drink on Burns Night in London.

Boasting a seasonally suitable menu all year around, Islington neighbourhood restaurant Almeida’s Burns Night menu looks set to be very special. Featuring a specially crafted four-course menu created by Scottish Head Chef Tommy Boland, available for dinner on Burns Night. The four-course set menu will include the likes of slow cooked duck egg with haggis, poached Scottish langoustines, and a grilled rib of Ayrshire beef, and is priced at £45 per person, including an aperitif on arrival and a warming dram of Balvenie whiskey to complete the meal.

Also offering a set menu especially crafted to tie in with Burns Night, 108 Brasserie in Marylebone will prepare a feast that’s set to be accompanied by the music of a traditional highland piper. Designed by Executive Chef Russell Ford and priced at £40 per person, the menu will also feature a selection of traditional Scotch dishes, notably including the infamous Scottish delicacy of deep-fried Mars bar, which was invented in an Aberdeen chip shop over 20 years ago as a teenage bet.

Following the success of last year’s event, Mark Hix will team up with British comedian Hardeep Singh Kohli for an extra special Burns Night Event this year. Taking place within the elegant surroundings of the Clarendon Room at Brown’s Hotel, the evening will comprise a traditional Scottish banquet with a touch of Indian influence, and a range of whiskies paired with each course. The pair will also be offering entertainment in the form of celebrating the life and poetry of Robert Burns. The menu is set to include Hix’s famous Snax to share, with the likes of Glenmorangie cured salmon, pani puri and blackface haggis fritters. To follow, the likes of haggis with bashed neeps, red deer curry, and floating islands with Yorkshire rhubarb will also be on offer. Tickets for the event are priced at £95 per person, including food, matching wines and whiskies. Further information can be found at hixrestaurants.co.uk.

Devoted to “really good British food”, it comes as no surprise that Butler’s Wharf Chop House at Shad Thames will also be offering a special set menu to celebrate Burns Night. For this, the one-off menu will focus primarily on the best of Scottish produce, thus featuring the likes of Orkney scallops, leek and Mull of Kintyre cheddar tart, and Drambuie chocolate tart. The menu will also include a venison dish, haggis, neeps and tatties, and a Scottish cheese board; naturally.

While many restaurants will be featuring Burns Night themed menus, The Melt Room in Soho have opted for something a little more contemporary. Another addition to the area’s limited-menu restaurants, the main focus at The Melt Room is generally upon toasted cheese sandwiches with varying twists. And joining the likes of their selection of savoury and sweet toasted sandwiches, is the Cranachan toastie. Working as a unique take on the classic Scottish dessert, the dish combines whiskey syrup, raspberry conserve and whipped cream that’s all melted together and served between slices of milk bread. The Cranachan toastie is priced at £5 and will be available until the end of the month.

Located within The Great Northern Hotel just metres from King’s Cross and St Pancras, Plum + Spilt Milk will be offering diners a specially crafted set menu from Chef Director Mark Sargeant. Priced at £60 per-person, the traditional Burns Night menu will feature four courses, including Arbroath Smokie, leek & whisky soup, followed by haggis, neeps & tatties, Loin of venison, and then Cranachan to finish – all of which will be matched with specially selected whiskies to celebrate the poet’s day in true Scotch style.

Chelsea’s Rabbit and its sister venue The Shed – in Notting Hill – will also be offering a special feast in honour of Robert Burns. Fit for the bard himself, an array of Scottish delicacies will be on offer for diners, as well as a very special homemade haggis and Hot Toddy.