RelatedPosts Easy and Effortless Sweetcorn Cake or Bake The best canned wine, for any occasion Beer of the Week: Kirkstall Brewery Gelato Tropicale Trifle Loaf with a Swiss Roll, Strawberries and Pecan Nuts KFC has been urged to consider adding vegan chicken to its menus following a petition signed by 12,600 people in favour of […] 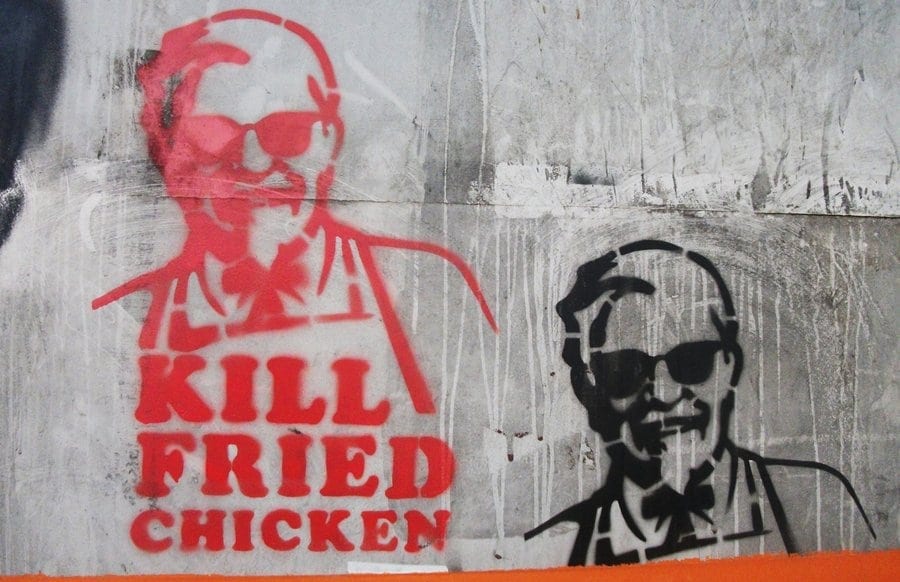 KFC has been urged to consider adding vegan chicken to its menus following a petition signed by 12,600 people in favour of 100 per cent animal-free options.

The fast food chain announced earlier this year that it is planning to add vegetarian fried chicken to its menus, but the People for the Ethical Treatment of Animals (PETA) is urging it to go 100 per cent animal-free.

The animal rights charity has run a number of campaigns on the treatment of chickens in today’s meat industry, highlighting how the poultry is routinely fed antibiotics and bred to grow so large that their legs often collapse under their own body weight.

At the abattoir, they’re shackled upside down, their throats are slit, and they’re scalded in defeathering tanks, sometimes while still conscious.

Director of Vegan Corporate Projects Dawn Carr says: “More people than ever are seeking vegan foods, and business-savvy restaurants across the UK and beyond are updating their offerings to meet this skyrocketing demand.

“PETA is calling on KFC to dish up delicious all-vegan fried chicken that could spare millions of sensitive birds the horrors of the abattoir.”