★★☆☆☆ It’s been a tumultuous decade for the X-men franchise, following the refreshing 2011 reboot, First Class, which saw the series revived after the dire X3, The Last Stand. The new cast led by James McAvoy & Micheal Fassbender followed this up with the even more acclaimed Days of Future Past. The cracks started to […] 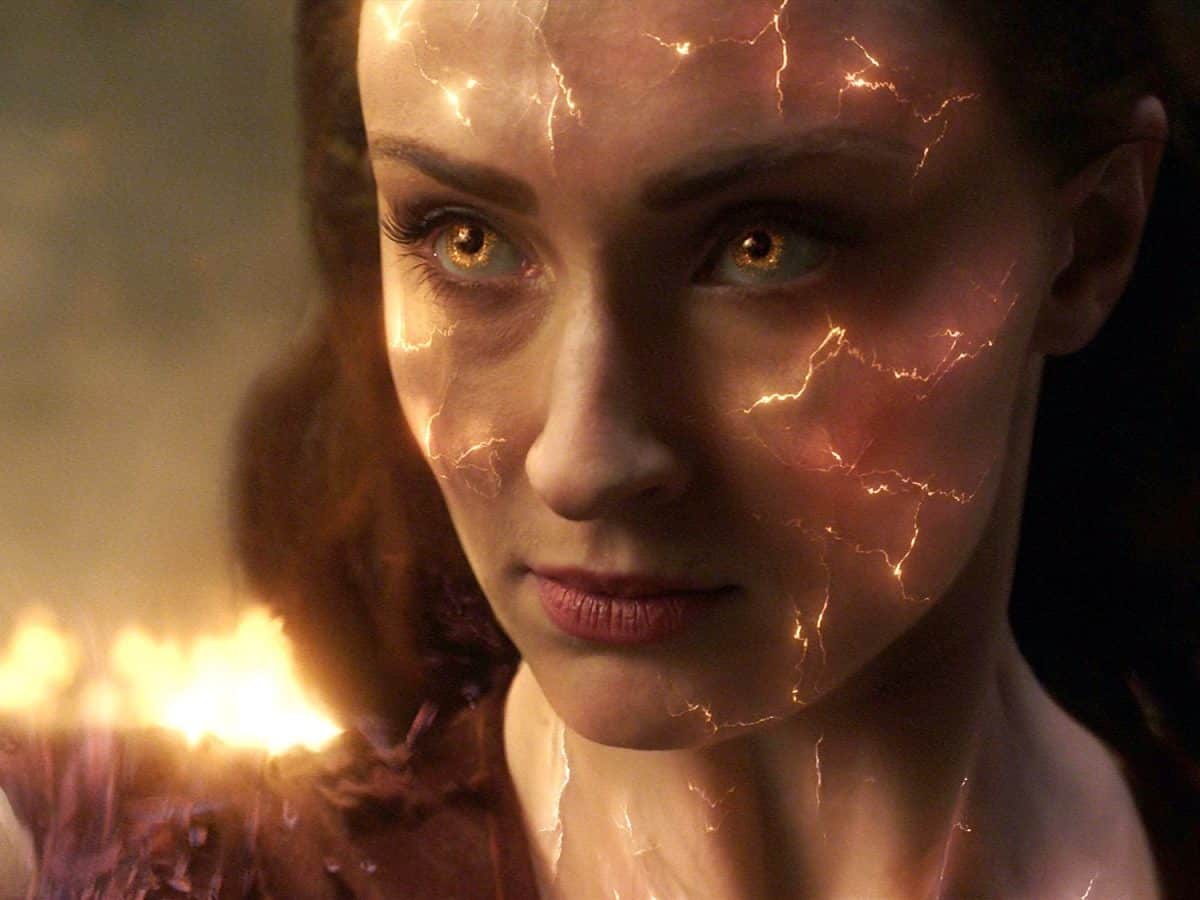 It’s been a tumultuous decade for the X-men franchise, following the refreshing 2011 reboot, First Class, which saw the series revived after the dire X3, The Last Stand. The new cast led by James McAvoy & Micheal Fassbender followed this up with the even more acclaimed Days of Future Past. The cracks started to appear in 2016’s Apocalypse, but with the inevitable Disney Fox merger on the horizon, could the franchise sign off with one final stand (pun intended), or follow in the disappointing trails of Apocalypse?

Dark Phoenix picks up 10 years following the events of Apocalypse. During a rescue attempt in space, Jean Grey (Turner), suffers exposure to a solar flare which leads her to develop a ferocious new power. To add more fuel to the fire, a mysterious race of shapeshifting aliens are on the prowl for Jean’s new found abilities.

The furore surrounding the production to this movie has been well documented, from the vast reshoots, discontent cast members and the fact that the plot is reviving a much maligned saga they already failed with. It was hoped maybe Fox would go out with one last bang before handing over the rights. X3 was awful, but it still had some semblance of a storyline, and was fun in a cheesy way. Dark Phoenix really nails nothing, it’s tremendously dull, the characters are unlikable, and most damaging of all, it fades into a generic forgettable adventure.

The plot is unsurprisingly all over the place. Jean’s events from the last movie seem to have been forgotten, so there is a horrible lack of continuity. Sophie Turner may have done well in GoT, but she lacks a level of charisma to be the lead in a superhero movie. Jean is supposed to be conflicted yet dangerous. Here she just cries, and sometimes shows some emotion. The problem is, we barely know her character,  she wasn’t exactly center stage last time around, so it’s hard to be invested in her now. The timelines don’t seem to match up, none of the characters have appeared to age much at all. X and Magneto should be in their 60s using the timelines from these movies, yet look like their late 30s at the most.

Professor Xavier (McAvoy) is now randomly a fame hungry celebrity, more interested in getting acclaim from the media and attending gala dinners. Beast (Hoult) and Raven (Lawrence) just brood on how awful things are. Lawrence’s disdain for this franchise is widely known, and it’s obvious to see how much she does not care to be here. Beast, who is by far the most logically and calm member of the team, makes irrational decisions a character such as him wouldn’t make. Cyclops (Sheridan) is just here to complain and have stormtrooper levels of aim. Magento’s character arc is just repeated from his last outing, and the fact his relation with Quicksilver is never even mentioned was an awful drop of the ball. The film just fails to connect at an emotional level with any main protagonist.

On the bright side, Quicksilver (Peters) is a blast, though horribly underused and essentially written out the final third. Nightcrawler (Kodi Smit-McPhee) has his moments to shine and Storm is underutilised. Alex Schipp does a great job in the few lines she gets, and hopefully is retained going forward post-Disney purge.

The addition of the aliens is also a perplexing decision. The transforming aliens can be compared to the Kree from Captain Marvel. Whereas in Captain Marvel, the origins, background and motivation of the Kree are well explained, here, the audience don’t even know what exactly they do.  Keeping them in their mundane human form doesn’t help either. They never feel like a threat, as they just look like your everyday folk you would see around town.  Jessica Chastain is stuck with a turgid character, so dull that most won’t even know her name. Going back to Captain Marvel, Talas, the leader of the Kree was such a captivating character, you could empathise with his ordeal. Here, Chastain just randomly appears, talks a bit, appears again, and repeat.  A superhero film is only as good as its villain, and here, it’s awfully bad. The film just grinds to a halt whenever this plot decides to appear.

The film has its moments. Magneto as usual has the best scenes, and Fassbender is once again excellent. Both him and McAvoy are the shining lights in this grim outing. The finale takes place inside the confined surroundings of a train, which does offer a lot of new opportunities and set pieces (though why they thought keeping Magneto on a metal train would subdue him, is another gaping hole). The special effects are of course on point for a high budget action movie, but without any substance the CGI is hollow.

Dark Phoenix has the shine and polish of a blockbuster, and the melee scenes prevent the movie from being an utter drag. It’s unfortunate the series has ended on such a despondent note, though it really wasn’t much of a surprise to most fans. It’s time to let our mutants friends rest for awhile, and let the franchise regain some of its hype and aura in its downtime.