By Linda Marric In Whitney Can I Be Me, renowned British documentarian Nick Broomfield lift the lid on the life of one of the most famous pop stars of our time, and does his best to discover the secret behind her untimely demise at the age of 48. Broomfield uses extensive “never seen before” footage […] 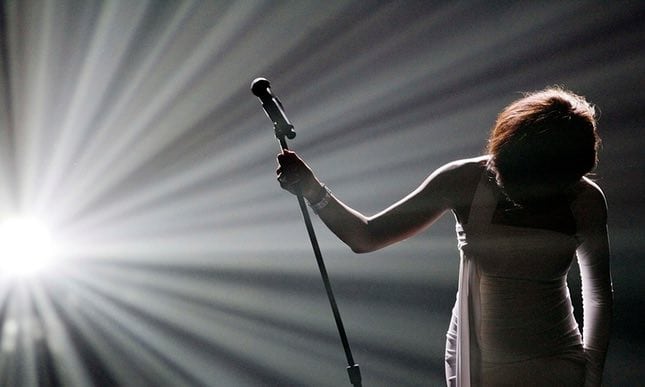 In Whitney Can I Be Me, renowned British documentarian Nick Broomfield lift the lid on the life of one of the most famous pop stars of our time, and does his best to discover the secret behind her untimely demise at the age of 48. Broomfield uses extensive “never seen before” footage and numerous interviews with those closest to the singer to tell a truly distressing story of how the once squeaky clean princess of black pop, finally succumbed to her many addictions five years ago.

With a narrative reminiscent of Asif Kapadia’s brilliant Amy Winehouse film, Whitney Can I Be Me doesn’t shy away from asking the pertinent questions nobody has dared ask since her death. With interviews conducted by Broomfield himself and huge access to the star’s back-catalogue, the film manages to catch candid glimpses of Whitney Houston from a shy 12 year old ingenue growing up in New Jersey, to the globe-trotting superstar who fell head over heals for “bad boy of soul” Bobby Brown.

With interviews with her former drummer, her backing singers and even the odd footage of her once rumoured lesbian lover Robyn Crawford, the film doesn’t so much as take sides, but rather lays out everything in front of its audiences and asks them to make their own minds up about what really happened to the singer during the addiction years. Just as Winehouse’s own father Mitch came out of Kapadia’s film not exactly in the best of lights, one gets the impression that those interviewed aren’t afraid to point the finger, first at the stars own mother Cissy and then her Husband Bobby Brown.

Filmed expertly by Rudi Dolezal, the film takes us through the highs and lows of a particular tour in Germany in 1999, where the star starts to unravel, with messy shenanigans and apparent drug abuse, the writing seemed to already be on the wall for this once greatly respected icon. Despite a truly captivating narrative, the film sadly misses the opportunity to ignore the tabloid side of things. Broomfield uses tabloid rumour and even a bodyguard who is only too happy to share his secrets, which while not being unusual, can seem a little facile. The film also includes footage from numerous interviews of the star herself with Barbara Walters in which speaks candidly about her state of mind, and the love she has for her husband and daughter.

On the whole Whitney Can I Be makes for a compelling watch, and manages to offer a genuinely moving account of what happened behind closed doors. The amount of access afforded to Broomfield is rather astounding when you consider how private the star was throughout much of her life. A truly captivating film which will go a long way into explaining what made Whitney Huston tick and how she dealt with the pitfalls of fame and fortune the only way she knew how to.

Whitney: Can I Be Me is in cinemas from Friday 16th June.