By Emma Silverthorn @HouseOf_Gazelle I have to admit my penchant for Noah Baumbach straight off, having been enamoured with, in varying degrees, everything he’s made so far, and thankfully While We’re Young has not shattered that faith. Like much of his other work (particularly my favourite of the bunch, The Squid and The Whale), WWY […] 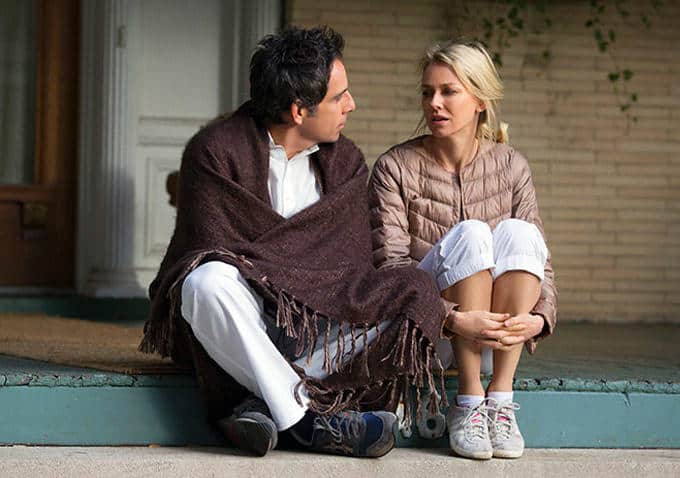 I have to admit my penchant for Noah Baumbach straight off, having been enamoured with, in varying degrees, everything he’s made so far, and thankfully While We’re Young has not shattered that faith. Like much of his other work (particularly my favourite of the bunch, The Squid and The Whale), WWY is funny, semi-intellectual and hip, yet underpinning all this cool-ness there is a tender-heart. The film follows the mid-life crisis of couple Josh, or Yoshy, (Ben Stiller), and Corneila, (Naomi Watts), who instead of taking the more traditional crisis-tracts of buying fast cars, excessive boozing or having affairs, get themselves some fresh, spankingly-new and above all young best friends. Adam Driver plays mid twenties filmmaker Jaime and Amanda Seyfried plays his wife Darby. (Darby makes unusually flavoured ice cream for a living, which she sells at Wholefoods, obviously.) It’s excellent castings all round in WWY but Driver seems especially perfect for his role, perhaps due to his similar one as Lena Dunham’s early love interest in Girls. Jaime’s is to paraphrase Yoshy a self-entitled hipster brat. A side-note but for those that were bugged by the possibly devious methods gone to by documentary filmmaker Nev Schulman in his 2010 film Catfish, (and for those who continue to be bugged by his MTV show of the same name), this depiction of Jaime will be particularly satisfying.

The casting of ageing Beastie Boy Adam Horovitz as stay-at-home dad and friend to the older couple is another choice move by Baumbach. Horovitz isn’t given a character name and, at his own admission, is kind of himself in this role. A wonderfully self-reflective casting here; with the on-screen shock of seeing a middle aged Beastie mirroring the characters own shock at experiencing the symptoms of middle-age. ‘I have a slipped disc,’ Horovitz laments, ‘I have arthritis in my knee,’ returns Josh.

Much of the comedy that ensues springs from the spot-on, and in my opinion based on living in London Fields (surely Bushwick’s over the pond doppelganger), only marginally heightened depiction of hipster mores. Along with the relatively short but significant fact of the two couples generational gap (of fifteen years or so). Early forties Cornelia and Ben are digital and fast paced, Jaime and Darby are analogue and seemingly chilled, their house a perfect image of a cool Brooklyn loft. They have a record collection, VCR’s and cute kittens. (‘They’re fake nostalgia is our real nostalgia,” notes Josh at one point.) Whilst Cornelia and Ben Google Search for answers and get invited to weekends away with their baby-bore friends, Jaime and Darby think it’s fun to wait till they remember the answer, they make things, (desks, wine-gum flavoured vodka, avocado ice-cream) and spend the weekend ingesting ayahuasca guided by a marathon-running, shaman.

The world of the younger couple is an understandably seductive one for Josh and Cornelia, made more so by the baby-sized hole that overshadows their life, and soon they both succumb to temptation. Inspired by Jaime’s aesthetic Josh takes up wearing a trendy ‘young-mans’ hat and bicycling with no hands, Cornelia in lieu of baby-music classes, with her old bestie and new-mother Marina (Maria Dizzia), takes up hip-hop dance classes with Darby.

Yet and not surprisingly, following a great montage documenting all the ways in which Jaime and Darby have enlivened the older couples lives-they’re having more sex, drinking bourbon in the afternoon, walking the NYC subway for kicks-the dangers of this new-found friendship rears its head. Perhaps, as the audience knew, it always would. The film opens with dialogue from Ibsen’s The Master Builder in which that plays protagonist Solness describes his fear of letting the young people through the door. Spoiler alert: at the conclusion of The Master Builder Solness meets his death at least partially at the (indirect) hands of youthful, manipulative Hilda. Josh’s eventual breakdown in WWY is not nearly so extreme or bleak as Solness’, yet there’s something telling in Baumbach’s reference here.

This is an astutely funny and ultimately moving exploration of modern love, friendship and the ageing process. And If nothing else go and see it for the brief but inspired hip-hop dance scene between Stiller and Watts!

While We’re Young is on general release from Friday 3rd April.