Wyndham Hacket Pain @WyndhamHP Set predominately in London, Unlocked follows former CIA agent Alice Racine (Noomi Rapace), who is brought back into action as suspicions arise that the capital might be under threat from a biological bomb. After she is tricked into providing information to the wrong side she rushes around the city hunting those […] 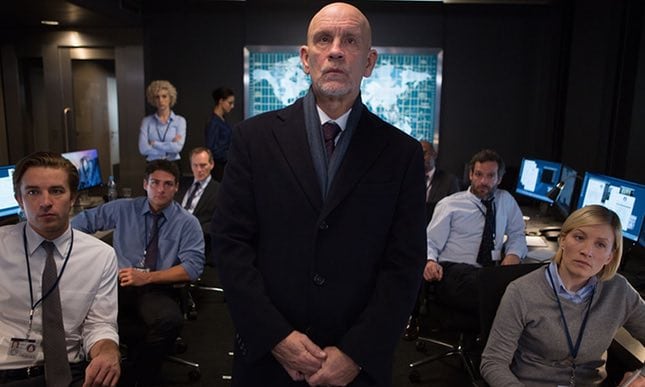 Set predominately in London, Unlocked follows former CIA agent Alice Racine (Noomi Rapace), who is brought back into action as suspicions arise that the capital might be under threat from a biological bomb. After she is tricked into providing information to the wrong side she rushes around the city hunting those behind the bomb and trying to stop the potential attack, with both American and British secret services questioning her actions and allegiances.

The setup may sound a bit clichéd but overall a good job is done of making the film appear different and interesting. If anything there is probably a bit too much going on. The plot has a few too many strands and there are times when the film struggles to keep them all working together. Thrillers can often be at their best when they tell simple stories rather than when they become overly complicated. Unlocked has too many storylines that become confusing as they overlap in the final third. This is not helped by an anticlimactic ending that undoes much of the good work done in the previous scenes.

There is also a strange blend of casting, with well-known Hollywood actors joined by unknown British performers. So much effort is put into making scenes feel realistic and gritty that it is odd that the likes of Michael Douglas, John Malkovich, and Orlando Bloom were all given major roles. Instead of feeling like natural casting choices they feel like they have been shoehorned into a film that was doing well without them. In the end they only distract from everything else that is going on and only make the story seem more disjointed.

This fragmented feeling is only enhanced by the dialogue. At its best the dialogue moves the story on at a good pace, but on occasion conversations end up being awkward and this can result in a loss of momentum and tension. There are similar issues with the opening sequences, where the premise and Racine’s return to action are setup in a clumsy and heavy handed way.

Despite its flaws once it gets going Unlocked is a slick and tense action thriller. The action sequences are well shot and there is a real sense of jeopardy to each moment. There might be moments where the film stagnates, but in between it is gripping and genuinely thrilling. On more than a couple occasions the action sequences had me jumping in my seat.

Behind the camera, Michael Apted brings over 40 years of experience, with director credits which include Coal Miner’s Daughter (1980), Nell (1994), The World Is Not Enough (1999), and Amazing Grace (2006), as well as the Up documentary series. The direction is controlled and gives the sense that Apted knows how every eventually will play out, even if the characters don’t.

After an awkward and uncertain start, Unlocked settles into a mostly tense and well played out spy thriller that is at times let down by some disjointed dialogue and an anticlimactic ending. For the most part it is engaging and exciting, but there are too many lulls and losses of momentum for Unlocked to be anything other than an average thriller.

Unlocked is on general release from Friday 5th May