By Emma Silverthorn @HouseOf_Gazelle The cast and crew of Unbroken couldn’t be much more stellar; with Angela Jolie directing, the Coen brothers adapting Lauren Hilldenbrand’s memoir of Louis Zamperini’s life into the screenplay, and the exceptional Jack O’Connell in lead. O’Connell lives up to the hype that’s been surrounding him of late, and though he’s […] 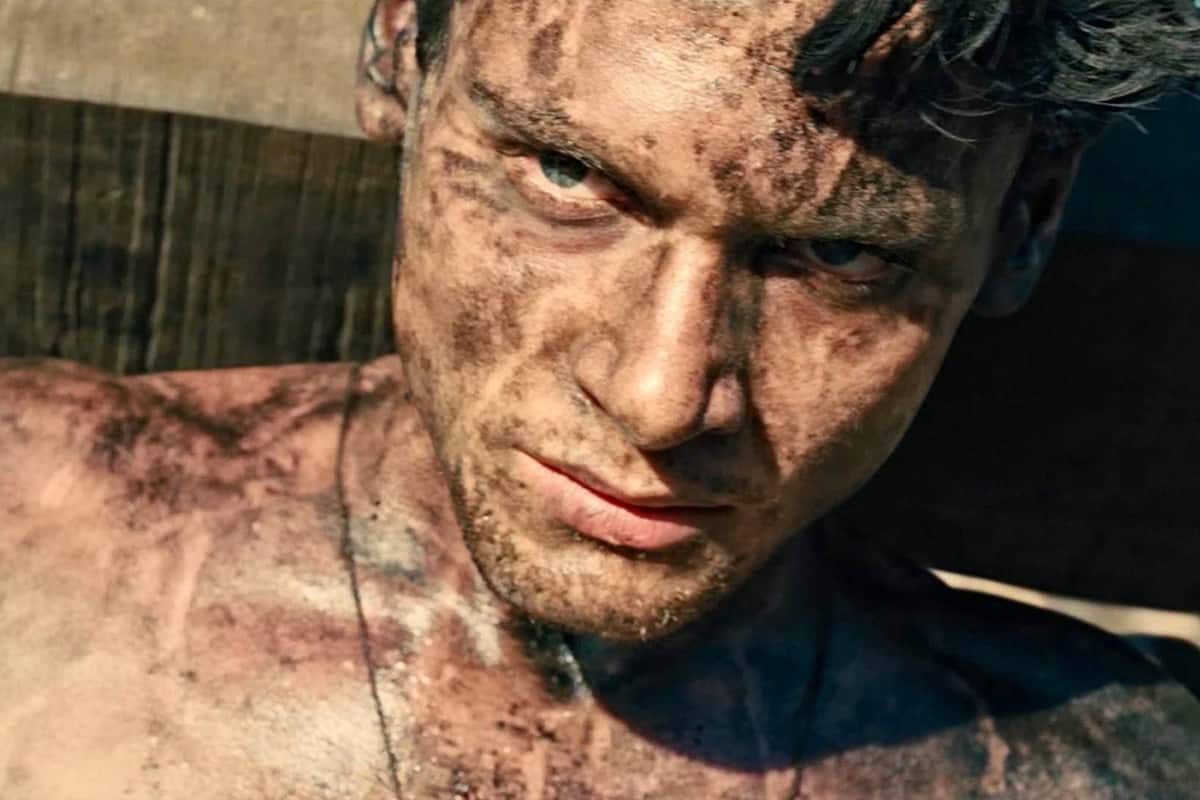 The cast and crew of Unbroken couldn’t be much more stellar; with Angela Jolie directing, the Coen brothers adapting Lauren Hilldenbrand’s memoir of Louis Zamperini’s life into the screenplay, and the exceptional Jack O’Connell in lead. O’Connell lives up to the hype that’s been surrounding him of late, and though he’s received some critical acknowledgement since 2007’s Skins, this is surely his breakthrough role. The film doesn’t disappoint in terms of delivering a gripping, emotive and life-affirming epic story of human resilience. It is in many ways a classic tale that were it not to be based on a true story would strike one as almost cliché in it’s plot turns and twists and in the extremity of Zamperini’s ordeal.

The film opens with what seemed to me one of the most realistic simulations of what it would have been like to have actually been aboard a bomber plane during World War two. Within the first few lines of this intense and action filled scene the audience is already given an idea of Louis’ character, he is the brave, loveable-rogue type. Throughout the film there are well integrated flashbacks of Louis’ life pre-war and from these scenes the audience gauges the depth of the mans strength, which as it turns out will hold him in good stead for the tumults and horrors he ends up facing as an adult. First as a bombardier, who survives a crash into the Pacific Ocean, then the forty seven days aboard the life raft that follows it, much of this time, being circled by sharks, and then following that two years spent behind enemy lines in Japanese prisoner of war camps. The two camps ruled over by the same sadistic war criminal Mutshushiro Watanabe (Takasama Ishihara) known by the prisoners as the “Bird”.

In early flashbacks we learn that Louis was a rebellious youth, fighting and drinking hard liquor (disguised in milk bottles) from an young age, his midsedemanenours though, the film suggests, arising not from some character flaw or mere bad attitude but instead springing from own his indignation that, as an Italian American growing up in small town in the twenties, he and his family are treated differently. From early on the audience is on Louis’ side and they continue to be, as he bears up to the “Bird”, with Steve McQueen in Papillion, level resistance. The scenes showing his skills as Olympic track-runner ads extra layers to the inspirational tone of the film and there are plenty of motivational sound bites to compound this. My favourite being, a moment of pain is worth a lifetime of glory, one to recite whilst running through the park on cold December mornings!

Like the title suggests, what we see of Zamperini in the film is a man undergoing some of the most extreme suffering a person can, yet remaining psychologically and for the most part physically, unbroken. Jolie chooses not to delve into the PTSD suffered by Zamperini following his ordeal or the heavy drinking it drove him to after, as Hillenbrand’s book does. The tale told is one hundred percent heroic. Zamperini comes across as a likeable patriot, in moments of torment he focuses on his mother’s gnocchi recipe, he is full of moral backbone, (he will not tell lies about America on international Tokyo-based radio in exchange for respite from the horrors of POW camp life), and he is ultimately a man capable of deep forgiveness. It’s hard to criticize this but I would have liked to have seen a slightly more complex portrait both of Zamperini and his captors. There is a small attempt to touch on the reasons behind the “Birds” insanity with a mention of his disappointment at not being made an officer as he expected to be, leading in part to his immense cruelty. And towards the end there is a shot poignantly focused on a photograph of him as young boy with his decidedly stern looking father. From all accounts of course “Bird” was the insane war criminal that he is shown to be in the film and Takasama Ishihara portrayal is brilliantly executed. He is the perfect support to O’Connell’s lead role. Yet I found myself hoping for some glimmer of humanity to be shown from somewhere behind the Japanese lines. Perhaps in the other guards or even the Japanese radio executives. Maybe this simply was Zamperini’s experience as told to Hillenbrand, there was no humanity to be found in his experience but it made me want to read the book to find out.

This is a blockbuster of a film with all the key elements that make a film great, powerhouse performances, a well developed story arc and a lot of spirit yet I would have liked just a tad more nuance and a tad less motivational bumper sticker feeling in places. A perfect Boxing Day release that, with its real life footage of Zamperini running aged over ninety at the end of the film, will likely create a lump in most throats.