★★★★☆ Toy Story 3 was a perfect ending to the original Toy Story trilogy, but nine years later, the fourth instalment of Pixar’s crown jewel has arrived. Is it one sequel too many, or do Pixar once again knock it out of the park? TS4 very much feels like an epilogue to the Andy storyline, […] 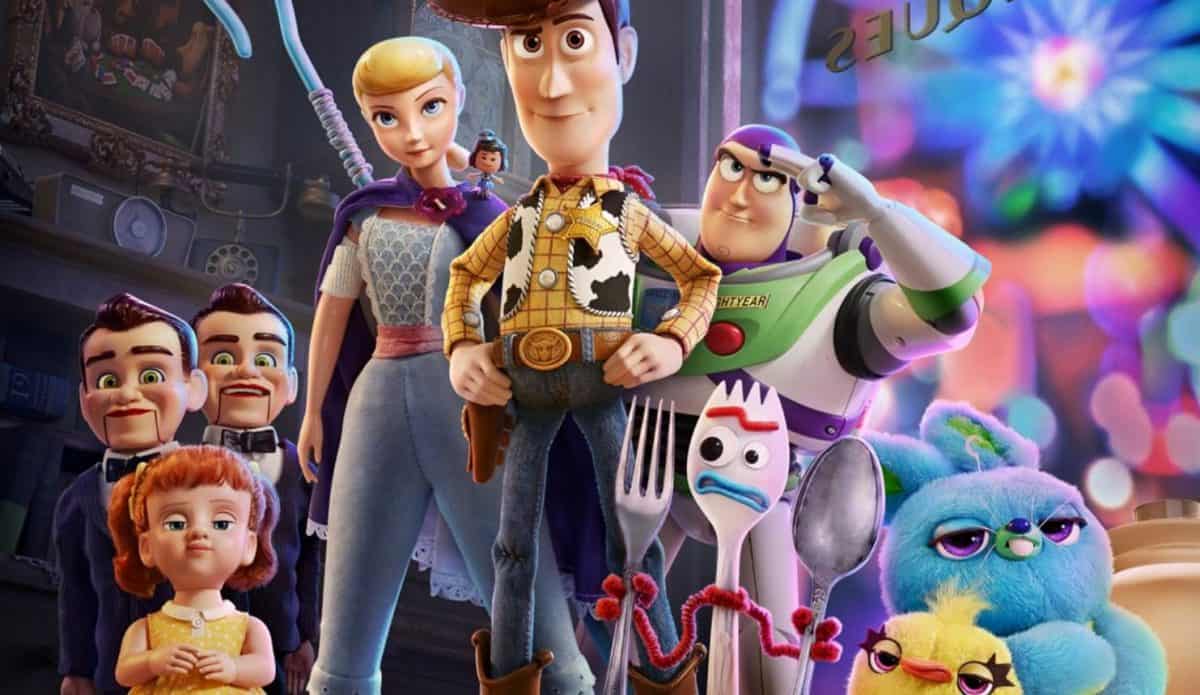 Toy Story 3 was a perfect ending to the original Toy Story trilogy, but nine years later, the fourth instalment of Pixar’s crown jewel has arrived. Is it one sequel too many, or do Pixar once again knock it out of the park?

TS4 very much feels like an epilogue to the Andy storyline, as we now follow our old motley crew Woody (Hanks), Buzz (Allen), Jesse (Cusack) & co adjusting to being a part of the life of young Bonnie. The film opens with a neat sequence summarizing the journey of the toys from their old owner, as they are passed down to Bonnie. Handy for the audience to catch up, if they needed some refreshing!

During a road trip, Woody finds himself separated from the clan, as he attempts to rescue Bonnie’s favourite toy Forky, a sentient Spork made in class (the fact Bonnie creates life is sadly overlooked). In his mission Woody bumps into an old face.

Any fears that this is simply a cash grab can be allayed, as TS4 is a sublime addition to the franchise. While the emotional connection the previous 3 had with the toys and Andy is not present, this film still captures what made those films great. It’s hilarious, emotional and fun.

Woody is the focus once again, though the struggles for him this time around are new. From being the chosen one under Andy, to the has been under Bonnie, Woody is struggling to remain relevant, and unable to handle his new role. Forky is the flip side of this, seeing as he was created from trash, he sees himself as trash. Woody takes up the role of parent to nurture our trash loving Spork into a toy, as Woody is aware how important a favourite toy is to the lives of its owner.

The humour here is wonderfully on point. Forky as a fish out of water, plays off Woody’s straight man personality. Keegan Michael-Key & Jordan Peele, of Key & Peele fame, are a treat as a set of carnival toys. Their constant bickering and outrageous plans was a blast, and their chemistry is obvious. Then there’s Duke Caboom, voiced by the one and only Keanu Reeves. A toy who is suffering from a an identity crisis, believing to have failed his previous owner. All of this is combined with the usual banter between Buzz and company.

Though the film lacks a straight up villain, Gabby Gabby (Hendricks) acts as the main antagonist here. An antique doll from the 50s, she dreams of possessing a new voice box, believing that would be the key for her to escape the mundane life of being stored in a glass cabinet gathering dust, and actually being part of a child’s life. Her character arc is strikingly well done, and with her being a character with more complexity than just simply being a bad person, it really adds another layer to the film.

Some may say TS4 does diminish the ending to the thirs chapter, but this is pretty much its own adventure. It is a shame that most of the old crew are relegated to supporting cast. Buzz gets the most screen time, but even then, he is reduced down a comic relief character with no real purpose, in all honesty, if he was removed, it would barely affect the story. Several other fan favourites like Rex & Jesse also have very little to do. Though with a huge roster, it was inevitable. There is also one plot point that does come all of a sudden, and a little more dialogue would have provided a far better foundation to that revelation.

Toy Story 4 is a charming joy to watch, a  thrill to watch be it the new generation, or the slightly older fans who have been there from the start (yes, including me!). It wraps up the current story arc, and there is a possibility to now follow Bonnie’s journey, if Disney want to pursue that (considering the box office these films bring in, it wouldn’t not be a shock!). Otherwise this provides a lovely closure to this saga.

Abu Ali can also be found reviewing films at The Silver Screen Show, both through his website and on Youtube.