By Stephen Mayne @finalreel It’s easy to get carried away thinking of films as art, but sometimes it’s just a job. Southern Fury highlights this point, rounding up Nicolas Cage, John Cusack and Adrien Grenier, all of whom can surely only be in this dire thriller for the paycheck. Lacking just about all the ingredients […] 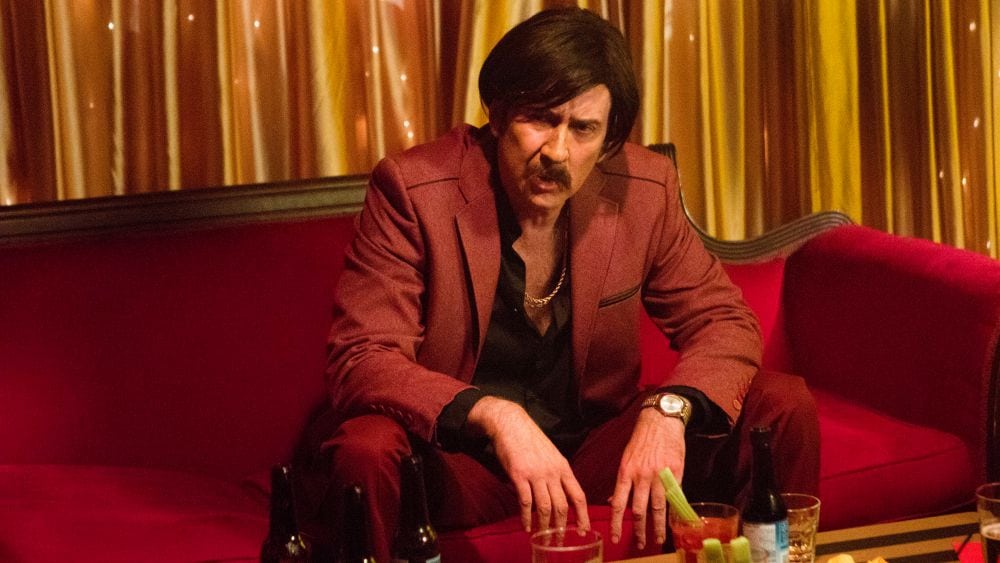 It’s easy to get carried away thinking of films as art, but sometimes it’s just a job. Southern Fury highlights this point, rounding up Nicolas Cage, John Cusack and Adrien Grenier, all of whom can surely only be in this dire thriller for the paycheck. Lacking just about all the ingredients required to make something watchable; Steven C. Miller’s film has to fall back on Cage in a ridiculous wig and fake nose to find any entertainment value.

The plot is something to do with brotherly bonds, though it’s hard to be sure. That’s not because Jason Mosberg’s screenplay is particularly complex; it’s simply difficult to stop attention wandering. Set down South, there’s the classic good brother/bad brother dynamic in play. JP (Adrian Grenier) has made something of himself, running a successful construction business. His brother Mikey (Jonathon Schaech) is washed up and heading nowhere good. He’s involved in some pretty shady business that escalates when he’s kidnapped. JP is then expected to stump up the ransom, and it’s his efforts to save his brother that make up the bulk of the running time.

Even then it takes a while to get around to the main plot. An extended flashback showing JP and Mikey as kids exists almost solely to demonstrate Mikey setting his younger brother on the straight and narrow by giving him a lawn mowing job. This kind of blandly reductive approach to character development at least lays down a marker for what’s to follow.

When they finally stop messing about and get to the kidnapping, Southern Fury is still painfully slow. It mostly consists of JP and his police officer friend Sal (John Cusack) endlessly traipsing about, punctuated by short bursts of dull violence. Miller seems to think slow-motion and bullet time blood splatter alone makes for a good action scene. It doesn’t take the length of the film to realise he’s wrong, not that Miller doesn’t persevere through to a ridiculous finale.

Given the subject matter, it’s no surprise, but a disappointment all the same, to find this a male dominated affair. Women exist to nag and to get into trouble, and in one weirdly troubling scene with JP’s wife Lizzie (Lydia Hull), to engage in unexpected and aggressive sex. The only bond that really matters is between JP and Mikey.

All of this adds up to an unpalatable experience improved only by whatever it is Nicolas Cage is getting up to. He plays his local crime lord Eddie King like a man freaking out during an audition for Richard III. Hushed silences explode into incoherent screams and back down again to demonstrate how unhinged Eddie is, or maybe it’s just because Cage felt like doing it. Include the wig that seems to grow bigger in every scene, and a nose so fake the joins are visible, and the only compelling element of Southern Fury emerges. But an expanding wig is not enough to save a film. It’s highly likely nothing could have saved this mess.

Southern Fury is in cinemas from Friday 24th February.