Terrence Malick has seemingly become so committed to his own self-aggrandising brand of philosophically indulgent, freeform filmmaking that one could arguably be justified in calling him the Michael Bay of arthouse auteurism. Granted, it’s impossible not to be intrigued by the output of a director who’s driven solely by his own artistic vision, but contrary […] 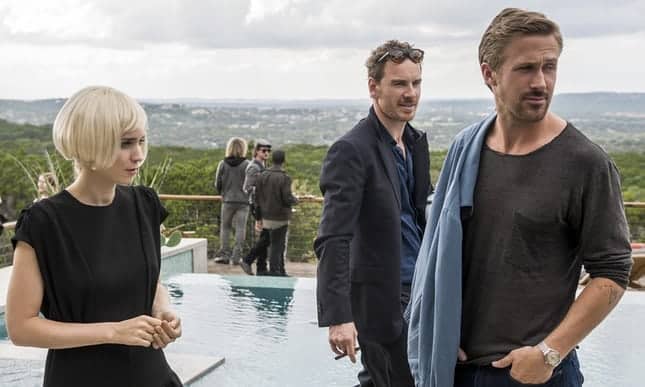 Terrence Malick has seemingly become so committed to his own self-aggrandising brand of philosophically indulgent, freeform filmmaking that one could arguably be justified in calling him the Michael Bay of arthouse auteurism. Granted, it’s impossible not to be intrigued by the output of a director who’s driven solely by his own artistic vision, but contrary to popular belief, Malick is not some sort of celestial, cinematic being: his earlier works – Badlands and The Thin Red Lines – may have hinted at a magical talent, but with each new offering he brings, it’s becoming more and more apparent that the spell he once held over us is beginning to break.

His latest creation, the curious yet woefully chaotic Song To Song, strikes a similar note to his other more contemporary productions: namely Tree of Life, To The Wonder, and last year’s Knight Of Cups. Like those films, this is a picture that purports to challenge its audience, and then forgets to contribute anything that could be considered even vaguely stimulating or provocative. A companion piece, of sorts, to Cups, it chronicles the lives of four individuals (Rooney Mara, Ryan Gosling, Michael Fassbender, and Natalie Portman) who become lost in the rock ‘n’ roll landscape of Austin, Texas; tormented by an industry that’s rife with betrayal, but seduced by the prospect of lifelong success.

A soundtrack that’s enamoured by the music of Lykke Li and Del Shannon does instil an occasional burst of energy, but this is, for the most part, a maudlin, monotones, and mind-numbingly dull experience. Portentous voiceover is once again combined with Malick’s relentlessly roving, fidgety camerawork – captured once again by DP Emmanuel Lubezki – to give the film a faux veneer of intimacy, but Song To Song is fundamentally a broken record that’s bereft of both emotional and existential depth. Formidable performances from the ensemble – particularly Mara and Portman – give the melody some heart, but all are shamefully ill-served by a script that’s soulless and structurally shambolic. It would be easier to care about the films of Terrence Malick if he were able to care for the characters within them.

Song To Song is in cinemas from Friday 7th July.