By Emma Silverthorn  @HouseOf_Gazelle Coming out tales are up my filmic street. I loved the subject treatment in Appropriate Behaviour and The Way He Looks, (though both these films are about much more than sexual discovery), which sadly threw Silent Youth into an especially sad shade. The film details a chance encounter of two lonely […] 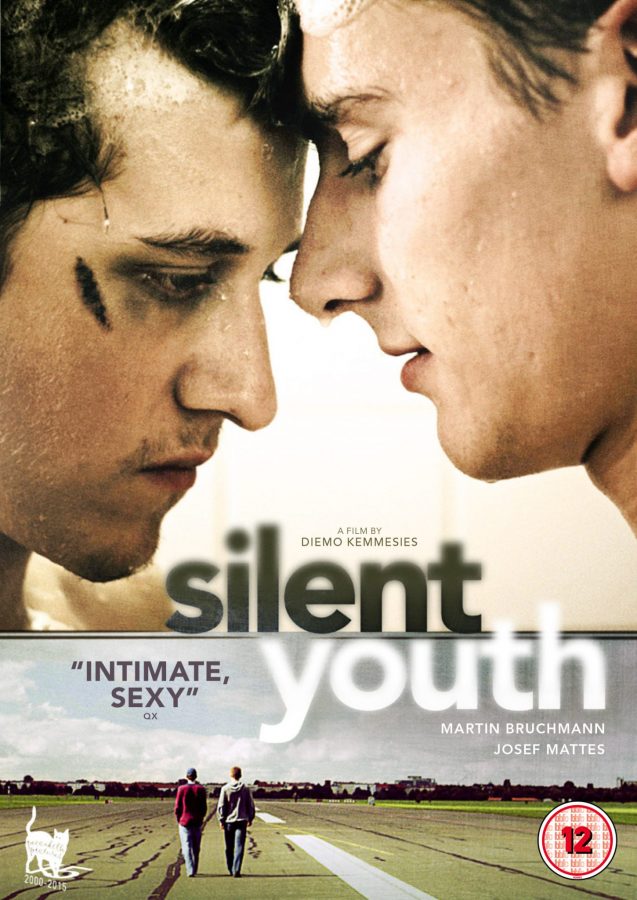 Coming out tales are up my filmic street. I loved the subject treatment in Appropriate Behaviour and The Way He Looks, (though both these films are about much more than sexual discovery), which sadly threw Silent Youth into an especially sad shade. The film details a chance encounter of two lonely boys wandering the streets of Berlin through the night and into the early hours of the morning, an encounter that develops into an awkward romance. And Silent Youth is just that, silent or at least very quiet throughout much of its one hour, fifteen minutes of screen time. Not that quietness in films equates necessarily to boredom for the viewer, minutes of actors moving quietly about their days was used to great effect in Gus Van Sant’s Elephant for example, but boredom was what I felt for many of the quiet scenes; restless watching rather than entranced.

The lead characters Marlo and Kirril are both highly introverted characters and this introversion is further heightened by the difficulties implicit in their sexual uncovering. Fine, introverts can make great leads, Asa Butterfield’s brilliant performance as Nathan in X + Y immediately springs to mind, but the difference in that film is that Nathan’s timidity is able to bounce of the lively, often inappropriate comedy of his teacher Mr Humphreys, played by Rafe Spall. In Silent Youth though there is a distinct lack of bouncing, the only other characters are Marlo’s female friend and temporary room-mate who has about twenty lines and serves as a sounding board for Marlo’s coming out and Kirril’s dad, another awkward presence. I do get that this uncomfortable tone is likely the point of the film, as its’ title implies; yet personally it left me cold.

Leads Martin Bruchmann and Josef Mattes are both good actors and the recognisable feeling of young adult romantic insecurity, whether straight or gay, is well conveyed by them, so well it’s often painful to watch. The starkness of the old soviet and Nazi-built buildings which Marlo and Kirill encounter as they walk the city also adds another layer of visual and philosophical depth. And the synthesizer and piano instrumentals are used to good effect throughout, adding a sense of drama and threat, one though which is never realised. Overall however I found myself yearning for something more right up until the films’ credits ran. This is purposefully quiet film detailing those small yet ultimately significant moments, still I wish it could have had just a bit more spark about it.

Silent Youth is out on DVD from April 27th.