Wyndham Hacket Pain @WyndhamHP Outside of Akira, the odd Studio Ghibli production, and a couple episodes of Dragon Ball Z watched as a child I haven’t really seen much anime. Despite an almost constant supply of acclaimed Japanese animation these films have never quite seemed to have established the audience that many believe they should. A Silent […] 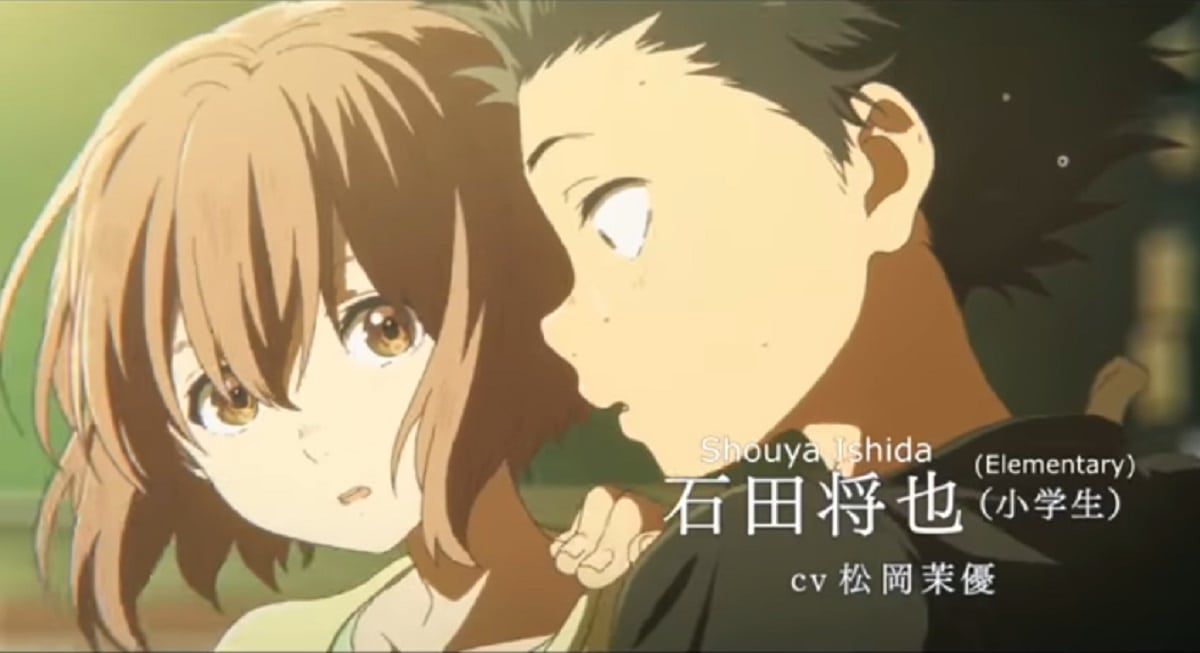 Outside of Akira, the odd Studio Ghibli production, and a couple episodes of Dragon Ball Z watched as a child I haven’t really seen much anime. Despite an almost constant supply of acclaimed Japanese animation these films have never quite seemed to have established the audience that many believe they should. A Silent Voice then stands as the next in a long line of anime films hoping to covert English speaking cinema goers to the genre.

A Silent Voice, based on the acclaimed manga series of the same name, centres around Shoya Ishida, who while at elementary school bullies Nishimiya Shoko, a girl with impaired hearing. The bullying becomes too much for Nishimiya and she transfer school, leaving Shoya who is blamed for her departure to be bullied himself. Friendless and ostracised he attempts to make friends with Nishimiya, as he tries to find redemption for his actions.

There is a false belief that animations are only for children and are not worthy of the same level of intellectual discussion and debate as other films. The real achievement of A Silent Voice is that it is able to deal with important and often overlooked topics in an engaging manner. Few films, animated or not, have such a sincere interest in themes of friendship, alienation, guilt, and self-esteem. The suicidal feelings that both leads feel are explored well and it is a credit to all involved that these topics are dealt with properly.

The animation style itself is mostly successful. There is a light quality to it that gives a feeling of constant movement. This fluid feel is enhanced by the adaptation from manga to screenplay, with the plot constantly moving forward and progressing. There are, however, moments when the design falls into the tropes of manga stereotype and the film can feel more like a comic than a film. This is most prevalent with the characters which can look like they are drawn over the top of the more crafted scenery. The best animations create an immersive world and A Silent Voice almost achieves this but for a few unsophisticated drawings.

The music is on the whole effective and can enhance proceedings, even if there are a couple misplaced songs, notable The Who’s My Generation which does not fit the mood, tone, or setting of the film. The sounds of the river and the city really add to the sense of place that the film conjures and gives a sense that these animated figures exist in a real place.

A Silent Voice may not have animated beauty or craft of Studio Ghibli productions but deals with important and often overlooked topics in a heartfelt and earnest way. I can see audiences being swept away with the effective storytelling, and later moved by its sincerity. There will be better animations to come out of Japan but if you are looking for a film to introduce you to the genre it is a good place to start.

A Silent Voice is in select cinemas from Friday 17th March with Exclusive Screenings Nationwide on 15th March.