By Linda Marric The opening scene to Elle is perhaps one of the most shocking scenes you will encounter in recent cinema. The film opens with a brutal rape sequence which will have you ask yourself, what have I let myself in for? Directed by Paul Verhoeven and staring the always brilliant and majestic Isabelle […] 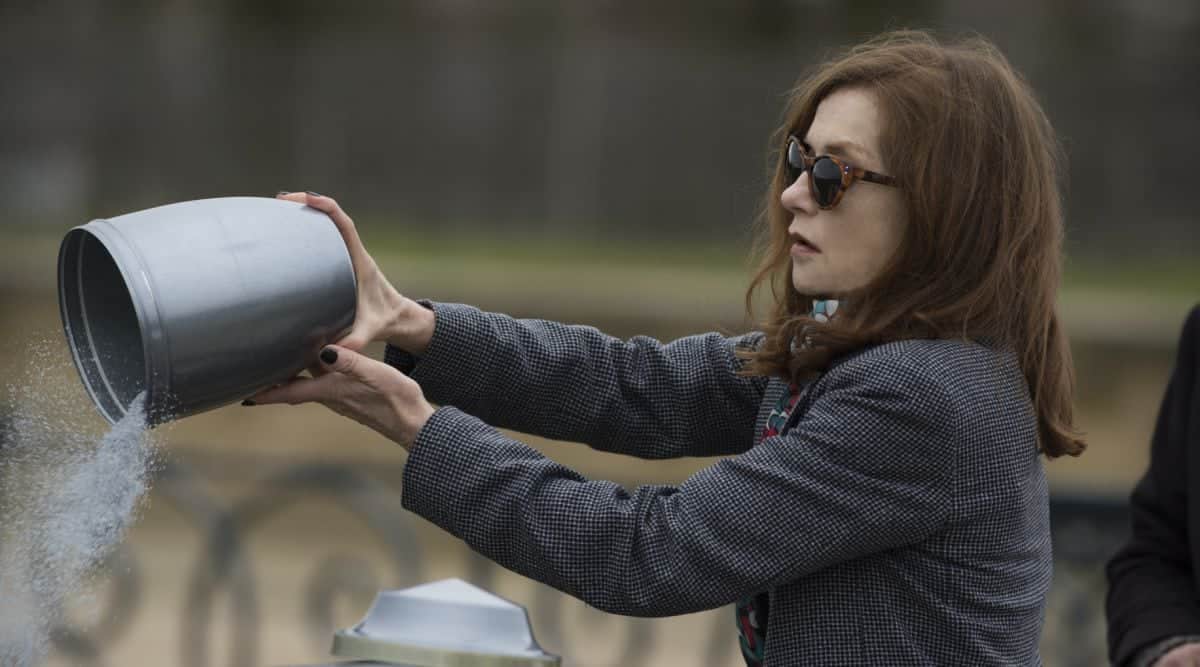 The opening scene to Elle is perhaps one of the most shocking scenes you will encounter in recent cinema. The film opens with a brutal rape sequence which will have you ask yourself, what have I let myself in for? Directed by Paul Verhoeven and staring the always brilliant and majestic Isabelle Huppert, Elle is a story like no other. It isn’t so much a social commentary piece, but more of a perverse cautionary tale of intrigue and ambiguity.

After being brutally raped in her own home by a masked attacker, divorcee Michèle (Huppert) deals with her ordeal with the nonchalance afforded to a mere domestic accident; she dusts herself off, goes back to work and refuses to talk about it until days later. This reaction is exactly what makes Elle into so much more than a film about rape and violence. In a return to form, Verhoeven remains unapologetic in his portrayal of a woman out for revenge and cold hearted deceit; and more importantly, offers us a thoroughly well written and brilliantly directed thriller.

It soon transpires that Michèle’s life took a turn for the worst decades ago when an act of madness turned hers and her parents lives into tabloid fodder. With a screenplay from David Birke, which was adapted from a Philippe Djian novel, Elle seldom relies on cliched film tropes and delivers none of the moralising rewards expected from it, and for that alone, Verhoeven must be commended. Many would probably take umbrage with the gratuitous violence, however this is not to say that the film is made to be enjoyed without questions asked.

Staring alongside Huppert are Laurent Lafitte and Virginie Efira as her dashingly handsome neighbour Patrick and his devout catholic wife. Lafitte excels as the profoundly bourgeois bank trader who finds himself increasingly attracted to Michèle. While Efira brings the much needed comic relief as the unsuspecting wife. Also staring along them, are Anne Consigny as Michele’s best friend Anna and the always brilliantly understated comic timing of Charles Berling who plays Michele’s ex husband Richard. A special mention must also go to the scene stealing Alice Isaaz as Michèle’s monstrous pregnant future daughter-in-law. Isaaz delivers each incandescent rage filled attack on her partner as of the whole world is out to get her. Her brilliant depiction of a woman who doesn’t suffer fools gladly fits perfectly with Huppert’s own no-nonsense delivery. Huppert is for all intents and purposes Michèle, she is the essence of a woman who tries to remain unperturbed by violence, and takes things onto her own hands if needs be.

Elle will perhaps not appeal to everyone, and that is just fine, however it would be wrong to let it be defined by violence and rape, because the film is about so much more than that. Verhoeven understands the need for shocking, but more importantly, he understand French cinema more than most and delivers a film as French as can be. A thriller comedy with intrigue, murder and more importantly and huge amount of charm.

Elle is on general release from Friday 10th March.