RelatedPosts Film Review: Judas and the Black Messiah Film Review: Earwig and the Witch Silver Screen Show Oscars Edition Oscars: Chloe Zhao first woman of colour to win Best Director An edible, ballsy, irreverent, sex romp with a surprisingly philosophical core. If Sid Vicious did animated produce it would probably have looked something like this. […] 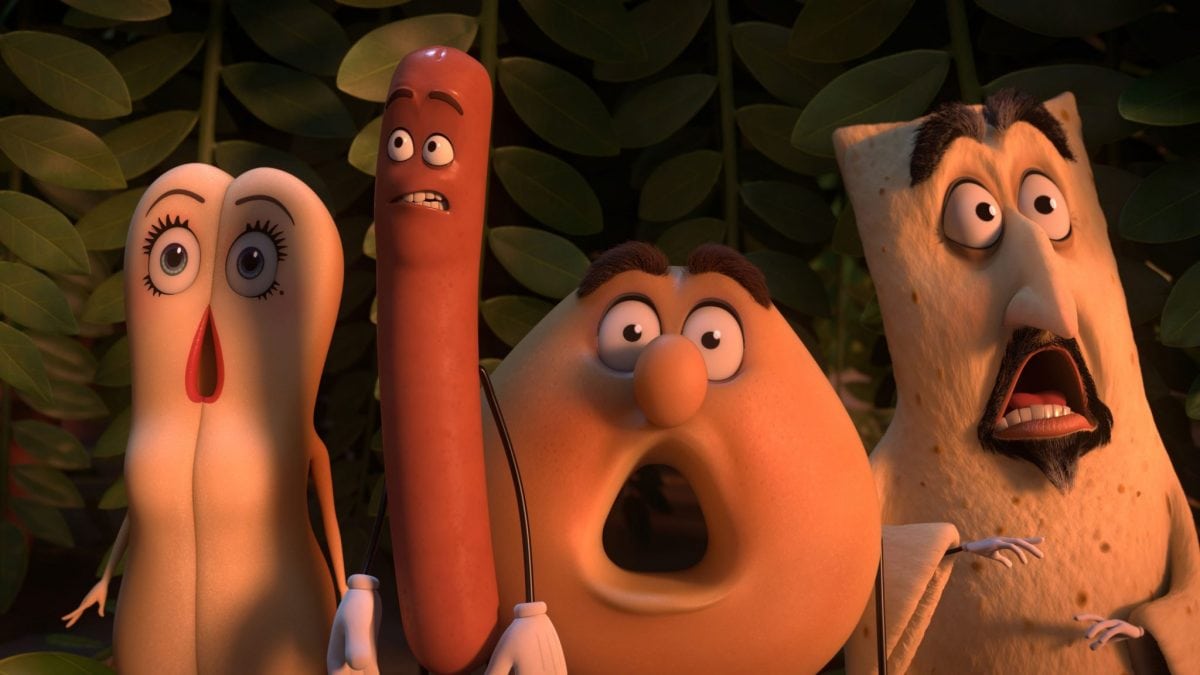 An edible, ballsy, irreverent, sex romp with a surprisingly philosophical core. If Sid Vicious did animated produce it would probably have looked something like this. But if you’re devoid of anarchic sensibilities you may well spontaneously combust, as NOTHING is sacred.

Every day starts with a sunny song on the shelves of Shopwell Supermarket. All the fresh and tantalising produce bristle with excitement at the prospect of being chosen by their human ‘gods’ for a new and glorious existence outside in the afterlife. Of course all this is a dreadful lie, masking the unthinkable reality that they are to be brutally butchered and eaten; the unearthing of which, causes pandemonium and more than a little denial as Frank the sausage (Seth Rogen) tries to show them the unrelenting truth of their inevitable fate. Like Plato’s Cave, the seer is rarely believed and often rejected, until in this case his love interest – a sexy bun called Brenda (Kristen Wiig), and friends Sammy Bagel Jnr (Edward Norton) and a Persian flatbread (David Krumholtz), along with a horny taco called Teresa (Salma Hayek) come (in more ways than one) to the rescue.

With an imaginative array of expletives and more innuendo than a Carry On caper, it’s hard not to laugh and occasionally gape in disbelief. The Supermarket becomes a recognisable microcosm of society, although with crude culture-clashing stereotypes, all fighting for rightful ownership of its aisles along with the bullying of misshapen produce for being different.  Riddled with homoerotic hilarity; can their differences be reconciled and the sausage party begin?

Relish in some raucous, rude fun, Rogen style. But be warned, it has quite an intense climax.

Sausage Party is on general release in cinemas from Friday September 2nd.