Review by Leslie Byron Pitt/@Afrofilmviewer The TV plays and we hear of a kidnapped boy (Jaeden Lieberher). We see a faded image of the kidnapper (Michael Shannon), then we see the man himself. He says little, but his expression speaks emphatically.  Quietly intense and driven. The boy is sitting on a hotel bed. Reading comics […] 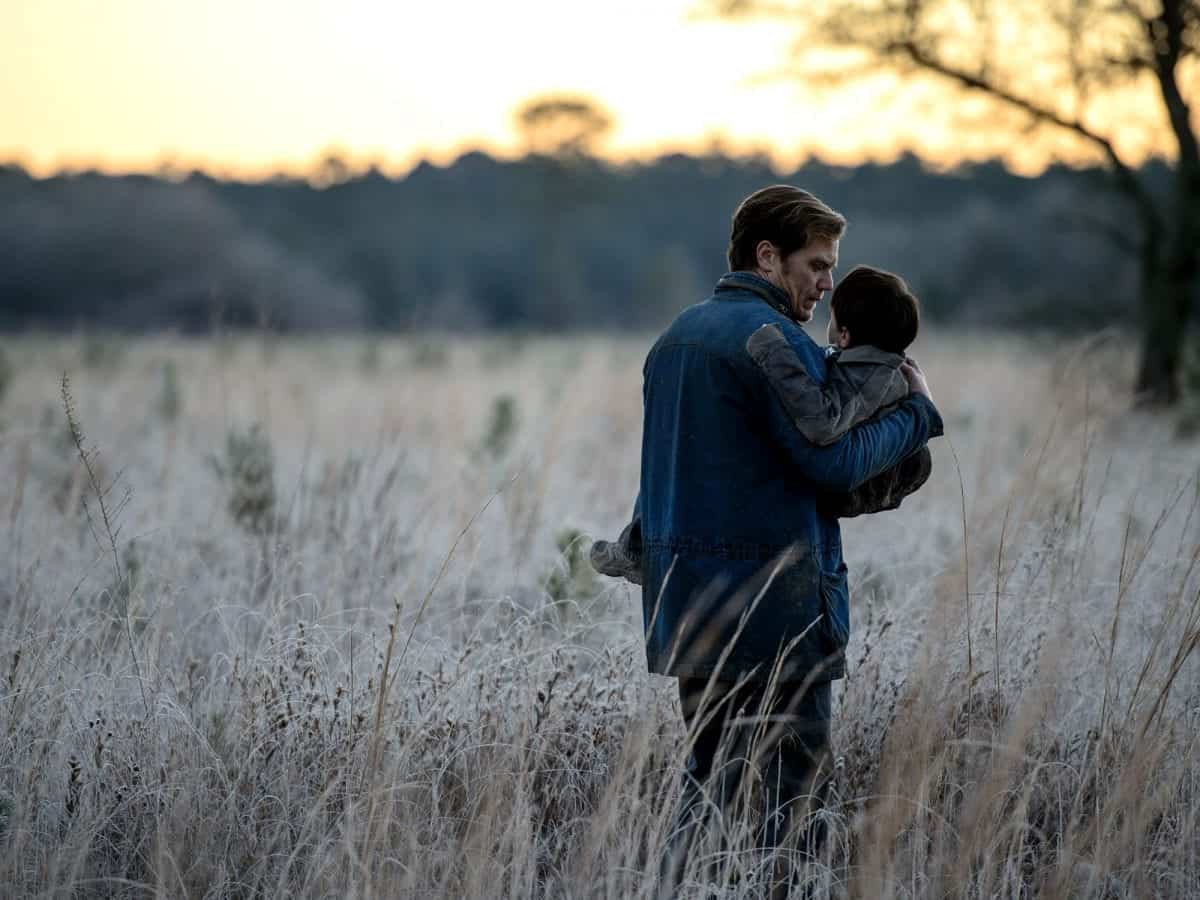 The TV plays and we hear of a kidnapped boy (Jaeden Lieberher). We see a faded image of the kidnapper (Michael Shannon), then we see the man himself. He says little, but his expression speaks emphatically.  Quietly intense and driven. The boy is sitting on a hotel bed. Reading comics with googles on. The googles are deceptive. It would be easy to consider them as an item of childhood comfort. He doesn’t appear scared, nor hurt. Comfortable in fact. After a conversation with a second man (Joel Edgerton), weaponry is stocked and they begin their journey.

So what’s the deal?

The first few minutes of Jeff Nichols’ Midnight Special are wonderfully subtle in their execution. We’re given more information than we think. The setup could easily be mistaken for a quiet, independent drama. That’s certainly in Nichols locker. One that could feature two desperate men looking for a quick payday. This affecting film about a father and rather gifted son on the run from authorities, soon reveals that there’s a whole lot more at play. At first, the set-up cries dour drama, but it’s all to hide what it really is. A rather affecting sci-fi chase movie. The googles are for comfort. Just not in the way we think.

Midnight Special is the kind of film Super 8 (2011) could have been if it wasn’t hooked on aping Spielberg superficially. The film does have a smattering of Amblin productions surrounding it. It’s hard not to picture this in a cult cinema double bill with E.T. (1982) with the warm, saturated visuals from cinematographer Adam Stone only bolsters such comparisons. It must be said however that Jeff Nicols’ first studio film is very much Close Encounters of the Southern Kind. While it often nods towards much of Spielberg’s 1977 feature, it’s the darkness that Nichols layers underneath which raises the eyebrow. For instance, the casting of Michael Shannon (a Nichols’ stalwart), not only gives us a lead character whose dogged nature matches the determination of Richard Dreyfuss’ Roy Neary, but also delivers the type of brooding that we just wouldn’t get from a Neary-type.

The same goes for the film’s subtext. Much like Nichols’ Take Shelter (2011), Midnight Special plays on the dark need of control that lies within certain people who scream of salvation. This confrontation of the spiritual and the scientific, which now only feels familiar with the likes of Star Wars: The Force Awakens (2015), isn’t explored with the thoroughness of Nichols’ 2011 feature. However, when it does touch upon such aspects, the results do feel surprising. The religious congregation that is searching for the individuals, wouldn’t look too out of place in M Night Shyamalan’s The Village (2004). Headed by a menacing (and slightly underused) Sam Shepherd, we realise just how quickly the meek are willing to shout with shotguns.

If only we’ve seen what they’ve seen. Nichol’s lines the film with reaction shots of characters that holler at you even when they say nothing. The beauty of Midnight Special, as with all of Jeff Nichol’s previous features, is just how much we take in from seemingly so little. Yes, the special effects have a sense of grandness and scope to them, while the film is quite lean on plot. However, Nichol’s understated directional style and the solid work from a dependable cast, deliver the emotional punch that is needed to sell nearly every beat.

It’s becoming clear that Nichol’s deals with alienated family ties, determination and regret are the primary focus of his body of work as Shotgun Stories (2007) and Mud (2012) have shown. However, with Midnight Special, not only does Nichol show his ability to deal with such themes on a broader canvas.  He has also established his ability to wrap elements and tropes of the southern gothic around more conventional, populist Sci-Fi. In going large, Nichols does not lose what makes him such an interesting and affecting filmmaker. Midnight Special is a provocative humanist work which brings poignancy along with its visual thrills.

Midnight Special is out in cinemas April 8th