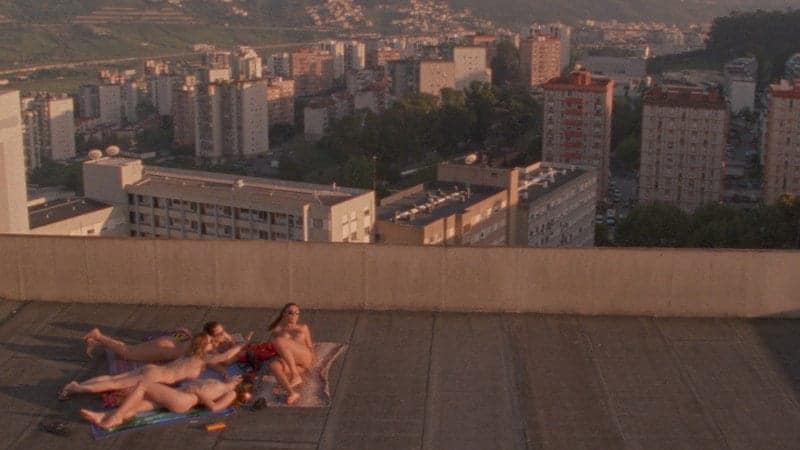 The second section of Miguel Gomes’ Portuguese austerity odyssey doesn’t lighten the load in anyway, though at time it feels more engaging than the previous entry. This section features more nude women that play along with its fantasy elements. Unfortunately, two of the tales featured are more tedious than what’s come before it.

Again the ideas are sound. The first tale informs us of a condemned man and how he arranges his guilt after many years running from authorities. While the second entry; Tears of the Judge, deals with an oblique trial, which obscures simplistic thoughts of blame. The circle of grief that surrounds the Judge in the films middle section, should be the films showpiece. However, while the filmmaking of both the first and second entries is solid from a technical perspective, neither are particularly captivating, despite their hypnotic rhythm.
It’s only when the film reaches its final stage; dealing with a people pleasing dog named Dixie does the film captures the soul. The final episode, which wanders through the lives of people of a deteriorating tower block, hits points of sensitivity which the first film hinted at. The tale of Dixie and the people who own him, doesn’t delve overtly into the residents’ lives to be distracting. It merely captures parts of their lives which are not only relatable, but help focus the sense of community that appeared within the final moments of part 1: The Restless One. A full feature of such element is sorely needed, as it is the film’s strength, over the more surreal elements which do little to engage.
It’s clear that in the grand scheme of things Arabian Nights will be a film essay that will feature heavily for academics who have the time to do the research and have the guile to cut through the dense fog of the film’s politics, which seem to lean heavily on outside knowledge. Those looking for Friday entertainment, need not apply.