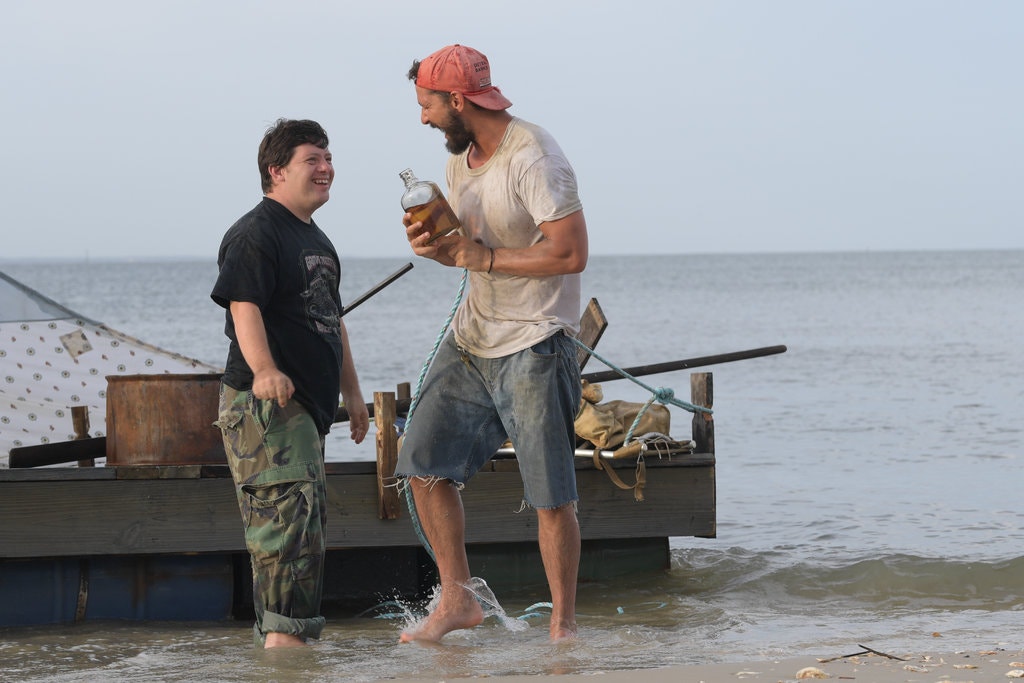 Zak (Zack Gottsagen) is a young adult with Down’s Syndrome, trapped in a retirement facility by authorities that seem unwilling to do anything but imprison him. Care worker Eleanor (Dakota Johnson) is deeply sympathetic, yet unable to prevent his escape. On the road he meets fisherman Tyler (Shia LaBeouf), a deeply sad man also fleeing retribution and his own demons.

Taking place along the coasts of Florida and the Carolinas, Peanut Butter Falcon combines images of backwater beauty with the humble dreams of its protagonists. Both Tyler and Eleanor are struggling to find meaning in life, while Zak has a long held aspiration of becoming a professional wrestler. Comedy is made out of his endeavours yet never in a mocking sense and from a position of endearment.

As Peanut Butter Falcon shapes into a road/boat trip movie, the relationships between the central trio are allowed to develop alongside the people and places they encounter along the way. A stand out set piece involving Tyler pulling Zak across a river is both exhilarating and hilarious.

Shia LaBeouf can act. This isn’t a sentence I would have written with great confidence prior to Peanut Butter Falcon but here his is the strongest performance that ties the whole film together. Dakota Johnson is competent in her role, and most importantly there are many opportunities given for Zack Gottsagen to shine as the sentimental heart of the film. John Hawkes, Bruce Dern and Thomas Haden Church fill out a strong supporting cast.

Peanut Butter Falcon may start to lay it on too thick as the ending approaches, although by this point there has been so many triumphal moments you may be tempted to give the filmmakers a little slack. A worthy watch for it’s portrayal of Down’s Syndrome and the stigma around it, but also a film of humour, pathos and joy.