by Leslie Byron Pitt Despite critical acclaim Kubo and the Two Strings only just claimed back its relatively small $60 million budget with its box office gross. We shouldn’t always run to the bean counters to try and attain a film’s sense of value, but it’s important to notice that out of the four feature […] 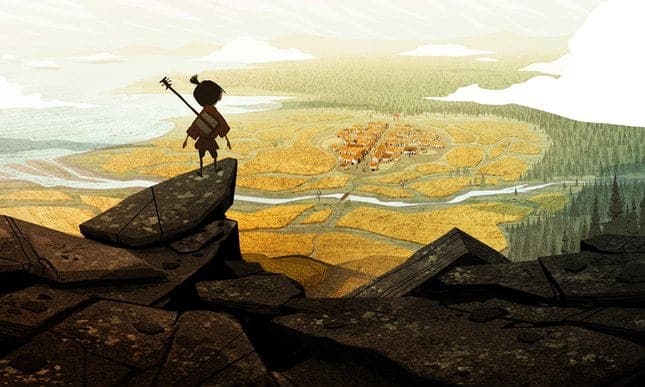 Despite critical acclaim Kubo and the Two Strings only just claimed back its relatively small $60 million budget with its box office gross. We shouldn’t always run to the bean counters to try and attain a film’s sense of value, but it’s important to notice that out of the four feature films that stop motion company Laika have made, the return has been the weakest. This is despite the kind words that have been bestowed on Kubo by those who watched it theatrically. Before then Laika was on a constant run of commercial and critical success, which started with Henry Selick’s dark fantasy Coraline in 2009. Laika may not have been raking in Pixar numbers, but it was clear that there was a steady audience for their style of animated fantasy.

It’s reasons like Kubo’s less than stellar box office taking that make home viewing, in whatever medium, so important for filmmakers. When a feature finds an audience at home, it breathes new life into not only the film but (hopefully) those behind the film. As an animated feature, Kubo more than deserves such a second chance.

Yes, this is an animated kid’s movie with adult overtones. However, unlike the typical “grown up” gags and references to movies that the little ones will have no interest in until their student years, Kubo wraps complex themes of grief, isolation and loss around it’s seemingly light narrative. The titular Kubo’s story is rather simple. Armed with his magical stringed instrument, Kubo must join forces with a stern but wise Monkey (Charlize Theron) and a scatter-brained warrior beetle (Matthew McConaughey) to defeat the vengeful Moon King (Ralph Fiennes), who was mistakenly summoned by Kubo himself. So far, so kids film.

Kubo however joins the realms of Big Hero 6 (2014) and Inside Out (2015) in discussing those messy aspects of life that hover around the periphery of children, which we like to think don’t influence them at all. An example occurs early in the film. We witness Kubo’s home life with his mother, who’s shown to be suffering from a memory aliment which hold similarities to a watered-down dementia. Kubo delights the nearby village with warrior stories depicted through magical origami. When we realise the origins of Kubo’s tales, it hits harder than expected. For anyone who’s seen a parent slowly lose their faculties in later age, the small but effective details which director Travis Knight puts across in his film should feel familiar.

This is a film of small details. Watching McConaughey’s absent minded bug quarrel with Theron’s no-nonsense Monkey is much like a fussing married couple who are overfamiliar with each other. The voice work is not only at a high level, but is specified in such a way it’s hard to feel familiar with it. The same goes for the gorgeous animation and visualisation of Kubo’s ancient Japan. Laika’s stop motion work is just as dynamic as anything Pixar is coming up with. So much so that it’s easy to forget that what we’re watching is stop-animation.

Does Kubo have the same amount of charm as say How to Train Your Dragon (2010)? I’m not sure. The film’s skill and tech are superb, as are the performances and world building. What some of the other top range animations have however is a larger sense of scale. Kubo’s travels take him many a place, but it’s hard not to feel a tad disappointed by the films contained climax. That said, the effort Kubo puts in and the enjoyment that is received far outshine murmuring arguments of scale. Much like Inside Out, Kubo and the Two Strings is the type of film which will provide something new to its younger fans as they grow with it. Its heart is as large as any of its more financially muscular competitors. Now it’s time for parent to pick up a copy and take a chance.

Kubo and the Two Strings is out on DVD on Monday 23rd January.