Moonlight’s Best Picture win at the 89th Academy Awards will always be remembered as the most botched Oscars moment of all time. Which is a shame, because it is historic in many other ways. Moonlight is also the first Best Picture winner to have an all black cast and to tackle LGBT issues. In the […]

by Sam Lewis-Hargreave
in Film 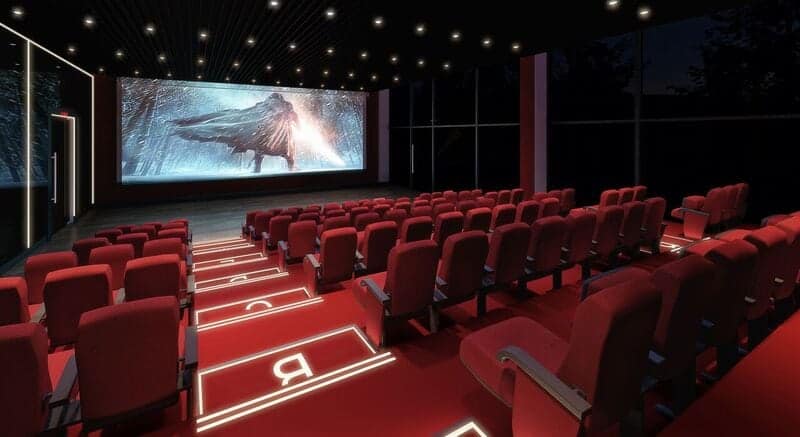 Moonlight’s Best Picture win at the 89th Academy Awards will always be remembered as the most botched Oscars moment of all time. Which is a shame, because it is historic in many other ways. Moonlight is also the first Best Picture winner to have an all black cast and to tackle LGBT issues. In the wake of #OscarsSoWhite, this marks great progress.

But there is a less positive way Moonlight’s Best Picture win has made history; the film is the second-lowest grossing Oscar winner of all time. So while it may sound great that a small, personal, independent movie can win big at the Oscars, it is painfully apparent that the Academy’s enthusiasm for independent films is not reflected in audience viewing figures.

Movies are not made to win awards; they are made to be seen. Industry experts at the Oscars and the Baftas may have decided that Moonlight is the best film of the year, but sadly only a small percentage of the cinema-going public has actually seen it themselves. Therefore it’s likely that the movie will be more remembered for its bizarre moment of glory rather than for its heart-wrenching scenes. And this is a shame, because the industry and the public as a whole would hugely benefit if independent films had wider audiences.

Independent cinemas could expand even more

In the wake of La La Land, old fashioned independent cinemas have seen a huge rise in clientele. In fact, even before this year’s Oscar season, one in four cinemas in the UK were independent picturehouses.

Cinemas like these are free to screen whatever films they like. Old, new, independent or studio-made. But the most important thing about independent cinemas is that they bring more variety to the cinematic landscape. After all, what multiplex would play the first 20 seconds of La La Land before a Moonlight screening to ape the Oscars mishap?

Independent cinemas around the country are also known for restoring the glitz and glamour to the filmgoing experience, and encouraging social cohesion. For example, The Sussex Exchange is a small independent cinema in Hastings that offers gourmet food and luxury seating, while The Dome Cinema in Worthing runs a weekly film quiz night for those in the area.

Sadly though, even with increased patronage at independent cinemas, they are persistently outperformed by their larger, duller, more mainstream multiplex cousins and the big-budget movies that they often play. For example, 2016’s Best Picture winner was the indie film Spotlight, which was only the 118th highest-grossing film of the year. And even though one in four cinemas are now independent, that still leaves chain cinemas with the majority of the market share.

If more people came to see the independent films these indie cinemas often play, venues and organisations like these could become a bigger part of their community, and turn the experience of watching films into something far more enjoyable and varied for even more people.

In theory, there is nothing wrong with moving from making independent films to making films with big Hollywood studios. There is, however, a problem with the way this has ended up in practice.

Recent Hollywood history has seen many fresh-faced directors make their mark with indie films, only to be whipped up by one of the major studios to helm big franchise pictures over which they have very little autonomy.

He then signed with 20th Century Fox to direct Fantastic Four reboot Fant4stic, but Trank and the studio had a bad working relationship and the studio ended up reshooting and recutting the film without Trank’s involvement. The resulting film got 9% on Rotten Tomatoes.

There are many similar cases of promising indie directors churning out studio films that feature little to none of their original movies’ strengths. Marc Webb’s talent for rom-com dialogue is only seen fleetingly in the otherwise bland Amazing Spider-Man series. The Russo brothers’ flair for absurdist comedy is invisible in their Marvel films.

Indie directors often join forces with major studios because they would like to have a stab at their favourite franchise characters, but also because financially they would be mad to turn these opportunities down. In an ideal world, independent filmmakers would be able to earn enough money and prestige to get by on their own projects alone. This can only be achieved if more viewers go out and watch more independent films.

The films could even do some good in the world

Aside from the financial fates of independent cinemas and filmmakers, increasing the viewership of independent films would have a hugely positive effect on the public discourse. It is independent films like Best Picture winners Moonlight and Spotlight, and recent release Certain Women, that are exploring the issues of race, gender and sexual identity. And with politicians dividing the public all over the world, we would all benefit from seeing diverse stories on screen, which would help us build empathy, not walls, between one and other.