The critic Roger Ebert once said, “movies are like a machine that generates empathy”, which perhaps explains why so many of us feel compelled to turn towards the loving embrace of cinema to console us in times of great trouble. Yet somehow, in much the same way he has seemingly managed to encroach on every […] 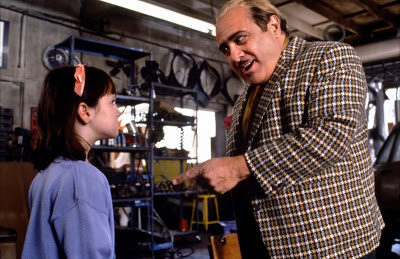 The critic Roger Ebert once said, “movies are like a machine that generates empathy”, which perhaps explains why so many of us feel compelled to turn towards the loving embrace of cinema to console us in times of great trouble. Yet somehow, in much the same way he has seemingly managed to encroach on every other sphere of our existence since deciding to run for President, Donald Trump has managed to ruin this most comforting of pleasures too.

These days it seems almost impossible to watch a film without thinking about how it relates to the rise of Trump – be it deliberately, or accidently. More often than not, such reflections leave one evermore weary of the populist tide that has swamped our geopolitical landscape of late. The other week, however, whilst seeking to soothe my New Year’s hangover with a dose of childhood nostalgia, I found myself unexpectedly pondering the societal divide that helped augment Trump’s success, and I felt something I hadn’t experienced in a long time; a genuine sense of optimism.

It shouldn’t be of any surprise that the source of such commentary and sanguinity came from the film adaptation of a Roald Dahl classic. After all, Dahl was an author who prominently railed against anti-intellectualism through the novels he wrote. But nevertheless, the story of ‘Matilda’ – a precocious young girl (played on the screen by a charming and articulate Mara Wilson) who’s misunderstood by her parents (Danny DeVito & Rhea Perlman), and terrorised by her tyrannical principle (Pam Ferris) – doesn’t immediately appear to be topically pertinent when reflecting on Trump’s presidency.

Yet if anything, Danny DeVito’s rendering of Dahl’s prose – the actor both directing and starring in the film – is the perfect deconstruction of the gulf between ignorance and intelligence that has so far defined Trump’s tenure as commander-in-chief. The world Matilda inhabits is one epitomised by the belligerence of those who see her extraordinary aptitude as a risk to their wellbeing; as both her father, Harry Wormwood, and her head teacher, Miss Trunchbull, individually opine to Matilda when intimidated by her intellectual gift, “I’m smart, you’re dumb; I’m big, you’re little; I’m right, you’re wrong, and there’s nothing you can do about it.”

The message of Matilda is that knowledge is a power – quite literally in the case of our eponymous heroine – but for Trump, it is a threat. His image is that of an erratic, ill-informed man-child driven by his own witless confidence; he confronts the intellect of not only the press, but also his peers, with derisive contempt.

Today marks a year since Trump took office, which means – barring any impeachment proceedings – we still have at least three years of disillusionment, desperation, and uncertainty (the three pillars which I personally consider the Trump Presidency to be founded upon) to contend with, so why be optimistic? If I’m honest, I have no real answer to this – no personal insight to offer. But I can tell you that as I watched Matilda come to realise how colourful life can be, I was reminded that no matter how hopeless we may feel now, the future can always be one of hope. It’s a simple thing, but something we need to be reminded of now more than ever.

Dahl wrote in ‘Matilda’ that, “Somewhere inside all of us is the power to change the world”, a statement that may appear trite, but which has the sway to influence far more change than Trump’s ugly and empty rhetoric ever could. Dahl’s words, and those of Ebert, have rarely felt so profound.