Christmas means a lot to me: family… friendship… goodwill to all men… but mainly it means cheese, wine, and movies. And though there are a number of titles with regards to the latter that I find myself drawn back to year after year – Die Hard of course, The Grinch (it’s really so much better […] 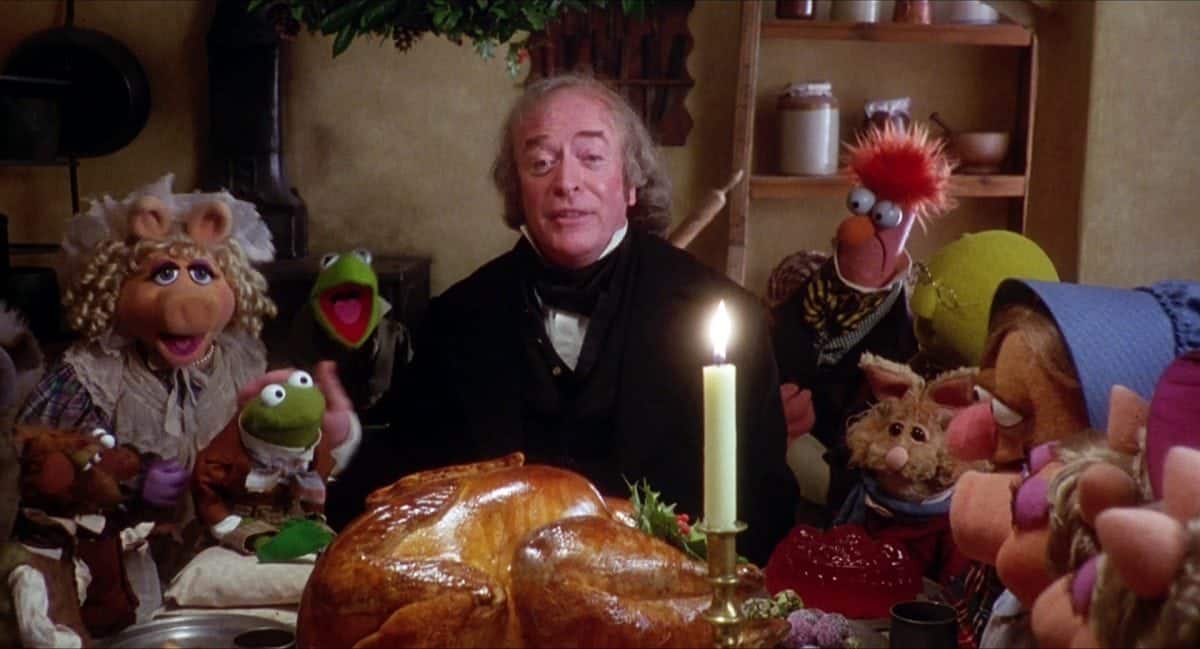 Christmas means a lot to me: family… friendship… goodwill to all men… but mainly it means cheese, wine, and movies. And though there are a number of titles with regards to the latter that I find myself drawn back to year after year – Die Hard of course, The Grinch (it’s really so much better than many people believe), and National Lampoons Christmas Vacation, to name but three – as far back as I can remember, it was The Muppets Christmas Carol that would be brought out every year, come what may.

The film’s genius lies in its simplicity – faithfully adapting Dickens’ eponymous novel, whilst instilling it with a cheeky comedic charm that’s absent from the mustier screen interpretations, but innate to ‘The Muppets’ brand. Casting Gonzo as Dickens himself, narrating the story with the help of his loyal sidekick Rizzo, the film assumes the guise of a big-screen pantomime production, with director Brian Henson – son of ‘Muppets’ creator Jim, making his feature debut here – adopting an infectiously madcap energy that he would later utilise once again when directing The Muppets’ equally as entertaining adaptation of Robert Louis Stevenson’s ‘Treasure Island’.

It’s a musical extravaganza: the opening number – “Scrooge” – playfully riffs on the traits of the titular character while managing to both mock & celebrate the customs of Victorian London; Kermit’s Bob Cratchit brings an enchanting festive spirit to “One More Sleep ‘Til Christmas that’s also echoed later in “It Feels Like Christmas”; and there’s a beautiful pathos to the Cratchit’s rendition of “Bless Us All”. In a film chock-full of love, compassion and virtue, it’s Miles Goodman’s magnificent compositions and spirited lyrics that truly soothe your soul

Key to it all is Michael Caine’s earnest iteration of Scrooge, the actor somehow managing to play it straight even when the film’s manner is consumed by Muppet-induced madness; perceptively echoing the shifting tone of Dickens’ novel, and never more visible than in the joyfully off-kilter “Marley and Marley” sequence. Caine seizes on Scrooge’s grizzled bitterness with zeal during the earlier stages, but it is in the more sincere moments later on – as the teachings of the three ghosts begin to soften Scrooge’s brittle demeanour – that you see the broad range of his performance; it’s touching, layered and so emotionally commanding.

Anyone left unmoved as Scrooge settles down to Christmas dinner with his peers during the final scene must either have a heart of stone, or presumably spend the entirety of the festive season with a “humbug” expression etched on their face. For me, however, it is the perfect accentuation of why this is, for me, the perfect Christmas movie; full of heart, happiness, warmth, and… you know… a table that’s laden with food and wine.