Almost a thousand unique and original props from iconic films and series like Star Wars, Monty Python and Braveheart are going under the hammer at the biggest auction of its type this year. 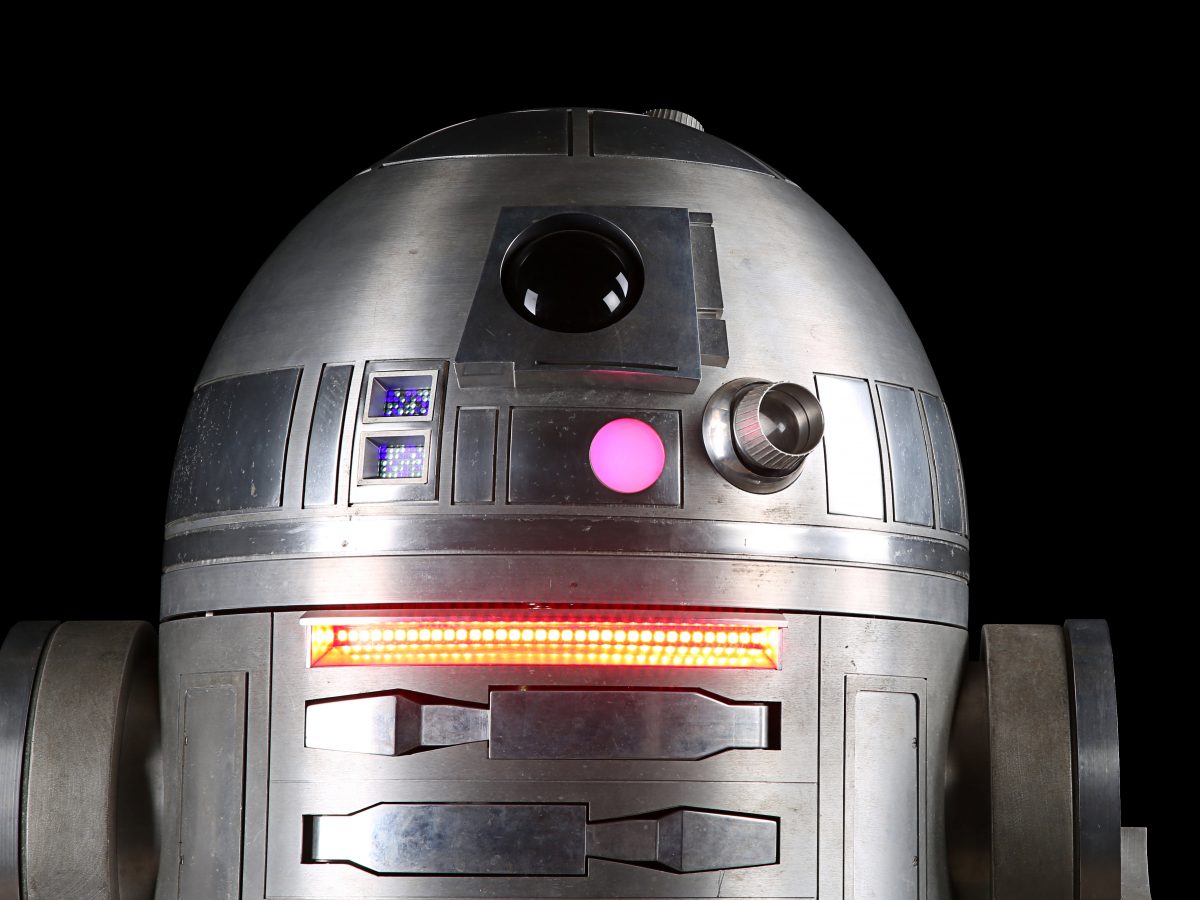 Wealthy film buffs are being given a once-in-a-lifetime chance to own some of the biggest props from cult movies – including the Holy Hand Grenade of Antioch – if you can afford the eye-watering price!

Or if you can part with an estimated £40-60,000, you can pretend to be Pierce Brosnan in 1995’s Goldeneye with James Bond’s trusty iconic Walther PPK pistol with silencer.

Almost a thousand unique and original props from iconic films and series like Star Wars, Monty Python and Braveheart are going under the hammer at the biggest auction of its type this year.

These battered Nike trainers are no ordinary running shoes.

Not to be sniffed at an estimated £8-10K, they were worn by Tom Hanks in the iconic park bench scene in 1994’s epic running man movie Forrest Gump.

The UK’s largest annual film and TV memorabilia auction contains 900 lots, including Jim Carrey’s Riddler costume from Batman Forever (expected sale price £10-15,000) and the hotly-anticipated prop hand grenade from iconic Monty Python and the Holy Grail, which is estimated to sell for around £100,000.

Other top draws include include Russell Crowe’s armour from Gladiator, and Jack Nicholson’s axe from The Shining, both of which are estimated to go for around £50,000.

The Prop Store auction will also see Mace Windu’s purple lightsaber and an original 1977 Stormtrooper helmet go under the hammer, to the delight of wealthy Star Wars collectors.

The £6million auction will take place over two days at the British Film Institute’s IMAX in London, from 30 September.

Bids can be placed online from anywhere in the world, by phone or in person.

“This year sees us bring 900 lots to the auction, now held over two days, allowing us to present even more of these incredible artefacts to a global audience of film fans and collectors to London’s BFI IMAX, who can visit the free exhibition and place bids in our auction to secure original pieces of film and TV history.”

Other top lots include an original Star Trek costume, Braveheart’s claymore, and Michael Keaton’s Batman suit – as well as a radio-controlled ghost trap and pedal from Ghostbusters.