By Michael McNulty Jeff Nichols firmly established himself as a talented director with his 2011 psychological thriller, Take Shelter, and his 2012 coming of age story, Mud. But, his first film, the often overlooked slow burn feud thriller, Shotgun Stories, released in 2007, is where it all began. The imaginatively named Son (Michael Shannon), Kid […]

by Kit Power
in Articles and Lists, Film, Promoted 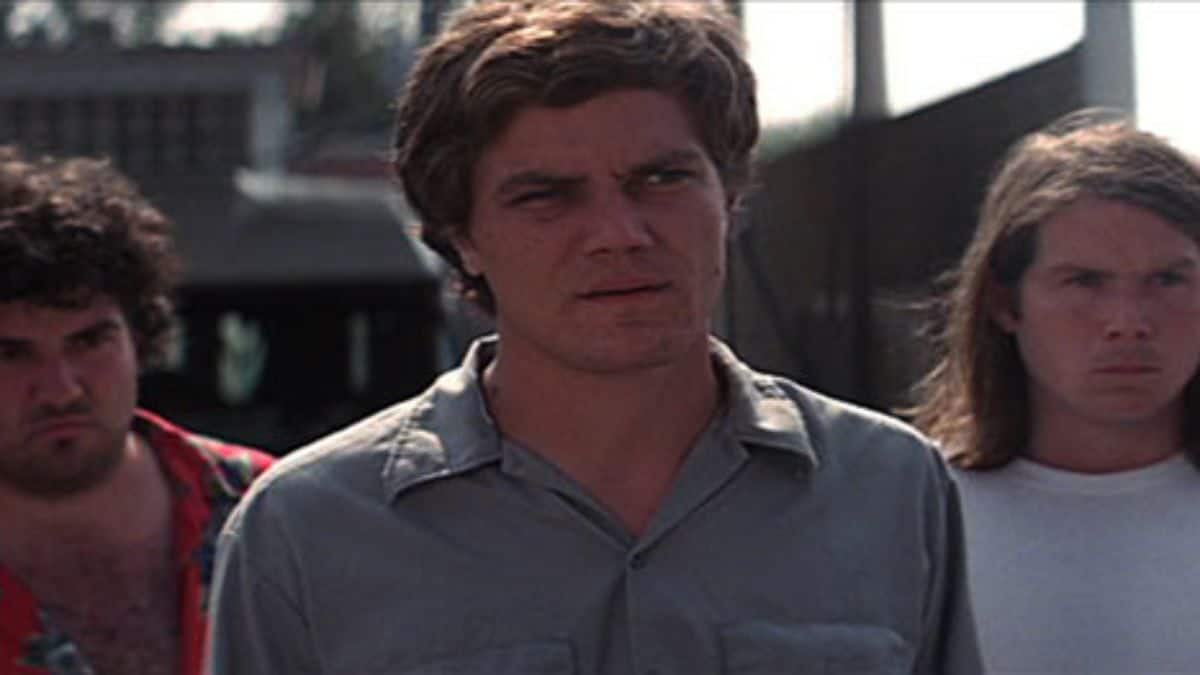 Jeff Nichols firmly established himself as a talented director with his 2011 psychological thriller, Take Shelter, and his 2012 coming of age story, Mud. But, his first film, the often overlooked slow burn feud thriller, Shotgun Stories, released in 2007, is where it all began.

The imaginatively named Son (Michael Shannon), Kid (Barlow Jacobs) and Boy (Douglas Ligon) are the first set of offspring of Cleaman Hayes, a former drunk who after kicking the booze and finding Jesus began a second, happier, middle class family and fathered four more sons. The first set of Hayes are simple boys, Son and Kid both work at a fish farm, with Son spending most of his spare time trying to master the system of a local casino he thinks he can beat. Boy, the gentler of the three and a little lacking in smarts, works as a high school basketball coach and lives out of his van, whiling away the summer trying to hook it up to various appliances, moments which provide welcome levity in a film drenched in soulful melancholy.

One night Son learns from his mother (who he describes as “a hateful woman”) that their father has died. When pressed as to when the funeral may be she tells them to check the papers. The boys roll up to the funeral, inflammatory words are exchanged and Son spits on his father’s coffin, igniting a blood feud between the two groups of siblings that results in deaths on both sides.

Shotgun Stories unfolds slowly and doesn’t build to a bloody showdown. Whereas a more traditional revenge thriller would race, guns blazing, towards an almighty bloodbath, Nichols avoids this. The pacing is deliberate capturing the rhythm and monotony of life in this small town. Nichols takes the time to build a more realistic and natural tension by dividing the film into semi-episodes. Time elapses and characters are given space to consider and deliberate, to process what has gone before and what could still be to come, in the way that real people do.

Nichols captures in the raw, rural landscape of endless horizons, murky rivers and ramshackle homes an elegiac beauty that beneath its quiet and still surface is festering with frustration, disappointment and resentment. Much like Michael Shannon’s Son, whose quiet rage simmers behind fierce, unblinking eyes that never belie his emotions.

Ultimately Shotgun Stories is a film about redemption cloaked in tragedy. Nichols crafts a story around real people with real problems, struggling with responsibility and the past and who wonder about the future and their place in it.