By Michael McNulty Albert Brooks’ third feature, Lost In America, released in 1985 and co-written with long-time collaborator, Monica Johnson, is an offbeat comedy about Yuppie America, the people who inhabit it and dropping out. Yuppie couple David (Albert Brooks) and Linda Howard (Julie Hagerty) live the complete yuppie lifestyle. Packed away into a glorious […]

by Guest Contributor
in Film, Promoted 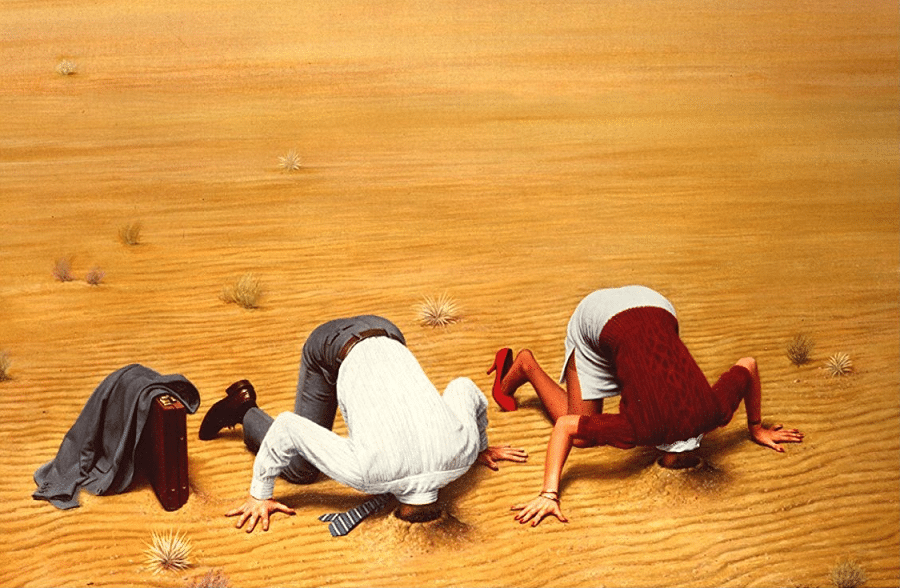 Albert Brooks’ third feature, Lost In America, released in 1985 and co-written with long-time collaborator, Monica Johnson, is an offbeat comedy about Yuppie America, the people who inhabit it and dropping out.

Yuppie couple David (Albert Brooks) and Linda Howard (Julie Hagerty) live the complete yuppie lifestyle. Packed away into a glorious suburban castle in California, the only worries the two seem to have are whether they should have bought a house with a tennis court (you have the court, you learn to play), what colour tiles should be fitted into the new kitchen and the difference between genuine leather and Mercedes leather (apparently the latter is a very thick vinyl, still nice though).

However, simmering beneath the surface of this pleasantly married couple is a slow boil of frustration and dissatisfaction, an itch that screaming to be scratched and a longing to dance to the beat of their own drum – a beat that sounds a lot like an era defining Steppenwolf track.

David has his chance to “touch Indians” when slow boil turn to full boil and it all bubbles over. Up for an important promotion at the ad firm where he has tirelessly worked for the past eight years, building both a reputation and a fortune, he is passed over for the senior vice president’s role. The role is given to a less accomplished colleague and instead David is offered a lateral promotion as head creative in New York for motorcar goliath, Ford. From confusion to self-entitled fury, each word that tumbles from David’s mouth hilariously adds fuel to a steadily growing fire, nobody wants to go to New York “because as soon as you land people steal everything you got,” he frantically shouts at his boss, before telling his new manager to shut up, that he hates his suit and that he could hurt him. It all ends in disaster, bridges are burned and David is given the sack and escorted off the premises by office security.

But, riding on the back of a new found sense of liberation and in semi-crazed, hyped up delirium David convinces his wife to give up her job too and “drop out” with him. He’s done the maths and calculated that if they sold all their possessions they would have enough of a nest egg that they could live comfortably for the rest of their lives doing whatever they wanted. “This is what we talked about when we were nineteen. Remember, we kept saying, ‘let’s find ourselves,’ but we didn’t have a dollar, so we watched TV instead,” David says.

Seduced by the promise of the open road, Linda buckles and the two trade in their home for the most American of vehicles, a Winnebago. They hit the open road to the tune of, that’s right you guessed it, “Born to be wild.” Insert a hilarious parody of Easy Rider’s opening motorcycle montage, substituting the bikes for the ‘Bago.

The film is one enormous joke, what David describes, continually reverting back to the Easy Rider analogy, isn’t dropping at out all. The comfort accorded to them by the sizeable nest egg kills the reality of that pursuit. Everything about their journey is make believe. David and Linda have not dropped out, they have retired early and their Winnebago is their old home on new wheels. Shortly after they set off, Linda gives David a cheese sandwich, cooked in the motorhomes on-board microwave (the vehicle also has satellite TV and radio) and David says, he really taste cheese for the  first time, whilst simultaneously marvelling at the fact that the whole cooking process only took 28 seconds (include the browning of the bread).

It isn’t until they pull up in Las Vegas for one final night of city living and David awkwardly bribes him and Linda into the junior bridal suite that the pair are thrown, sans lifejacket, into the deep, dark “drop out” waters. Waking up in the middle of the night to find his wife out of bed, David comes down to the casino where he finds Linda in a dizzying roulette frenzy. Half twisted, eyes the size of sauce pans, and steadily repeating “twenty two, twenty two, twenty two” David discovers, to his horror, that Linda has gambled away their entire nest egg, give or take a 1000 dollars.

Cut to David desperately trying to navigate a conversation with the casino floor manager that will see him being giving back the money his wife has just blown at the tables, “as the boldest experiment in advertising history, you give us our money back.”

Now faced with the reality of having to go it alone, without the comfort of their nest egg to curl up and fall asleep in every night, David balks (and later Linda too) at the prospect of a life lived in the white noise outback of the American Midwest. With only enough money to get them through to one of Nevada’s neighbouring state, the couple pull into Safford, Arizona a small retirement community.

You cannot watch lost in America without appreciating its context. Made at the height of Reagan’s presidency, the man who believed so strongly in trickle-down economics and perpetuated the rise of Yuppie Culture, Brooks’ film really finds it bite in the dusty small town of Safford. A world populated by cowboys and general stores, David is laughed at when he enters the employment office looking for a job and brings up that he was previously earning (with a bonus) a yearly salary of 100,000 dollars. This is a town with nothing; still waiting for that slow downward trickle of money.

Without giving away the ending, the film quickly wraps up after this and perhaps predictably, but it’s the only ending the film could invite. Albert Brooks is fantastic as David. For those unfamiliar with his work imagine a cross between the neurosis of a Woody Allen character and the fast talking, over the top mania of one of Vince Vaughn’s. Hard, fast and cynical, Brooks is a great comedian and his ability to travel between wry
humour and flailing fury is a treat to watch.

Lost in America is a gem of a film, let’s hope it always stays found.